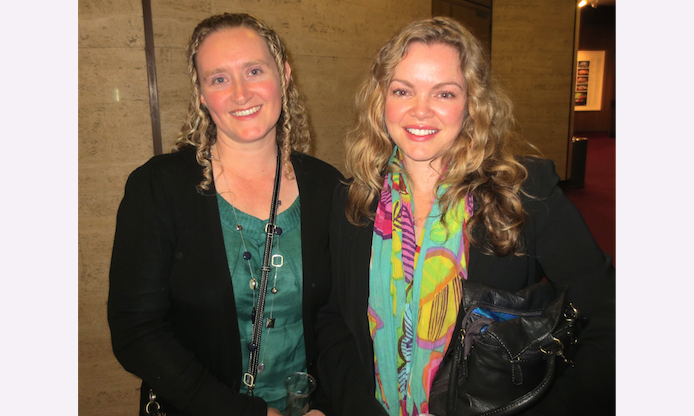 This is the third time Australia’s “City of Churches” has hosted Shen Yun, a New York-based performing arts company which aims to revive the true-divinely inspired culture of China. According to the company’s website, it was established in 2006 by a group of classical Chinese performing artists with a mutual passion for the ancient culture and arts of China, that which has been almost completely eradicated by communist rule. It has since boasted countless sell out performances across the globe in some of the world’s most renowned theatres.

As a singer herself, Ms. Watt, who attended the performance with a friend, made special mention of the bel canto soloists that feature within the Shen Yun program.

“I thought the voices were very powerful and the singing was very beautiful,” said Ms. Watt. “It was amazing that they were able to sing with such good technique and they were so committed … It was very, very good to hear.”

Ms. Watt gave a special mention to soprano Min Jiang, who joined Shen Yun as a soloist in 2007 after having studied under many accomplished vocalists of different styles.

“She was just such a powerful singer, incredible, what she brought,” Ms. Watt said of the Min Jiang, whom the enthused crowd cheered to an encore performance.

Having performed for more than 13 years with specialties in swinging, smooth and bluesy jazz, Ms. Watt also manages and performs in a 7-piece swinging band, Ellington’s Heirs, which had performed in many popular venues and festivals in Adelaide and surrounds. With her feet and heart firmly planted in the music industry, Ms. Watt shared her appreciation of the music accompanying Shen Yun.

“I thought the music was very beautifully done and well-presented and makes you feel that you can relax and enjoy [it], because it’s being done by such wonderful musicians, so it was easy to enjoy and relax, enjoy the show.”

Shen Yun performances are accompanied by a full live orchestra which blend the East and West by adding the delicate melodies of traditional Chinese instruments such the erhu and pipa, into a full Western orchestra made up of brass, strings and percussion. Though a diversely different sound and style to Jazz, she described the sound as “beautiful” and “really interesting.”

Like many, Ms. Watt, was unaware that ancient Chinese culture was so deeply rooted in spiritual traditions and virtues, many of which Shen Yun helps to revive through story lines based on ancient values.

“I didn’t know China was so steeped in it (spiritual traditions), so it was interesting … It was good to see the different stories and the different types of dances—the traditional dances,” she continued.

The Shen Yun International Company will perform two more shows in Adelaide before continuing the Australian leg of its 2014 tour at The Arts Centre Gold Coast from April 24.