‘It’s Time for Us to Get Together,’ Says Financial Planner at Shen Yun 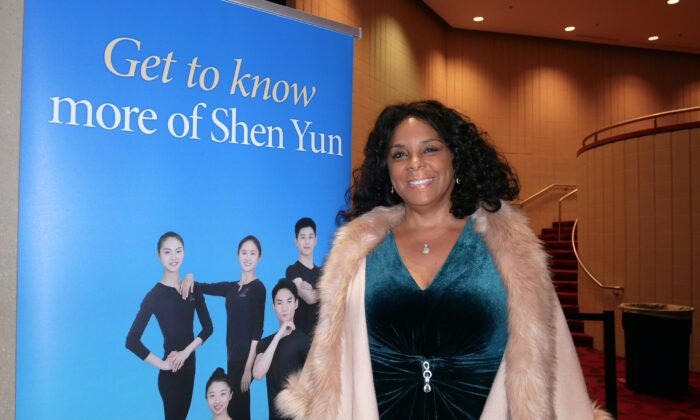 BIRMINGHAM, Ala.—Healing is a path that everyone is striving to be on throughout the pandemic. Karen Morris, a financial planner, said that she felt safe while attending Shen Yun Performing Arts at the BJCC Concert Hall and that healing will begin when people are together again.

It’s time for us to get together. I think people need people and we need to be around people.
— Karen Morris

“It’s time for us to get together. I think people need people and we need to be around people. People have their masks … I think that we really need the energy of each other, so I think we need to come out and start gathering again,” Ms. Morris said.

She said that her Shen Yun experience turned out to be so much more than the live entertainment the audience enjoyed.

Based in New York, Shen Yun’s dancers are trained in classical Chinese dance, an ancient and rich system that includes deep relations to the martial arts as well as the roots of gymnastics and acrobatics.

“It wasn’t just performing arts … it was telling a story. The precision of the dancers and the story behind the dances was most impactful,” she said.

Ms. Morris was also impressed by Shen Yun’s patented digital backdrop that the production uses to extend the stage endlessly. Dancers are able to pop onto the stage after tumbling through the sky or traveling back thousands of years in the blink of an eye.

“It was an experience … you really felt like you were drawn into it. I thought the best thing was the pictures on the screen coming down … into real life. I thought that was beautiful,” she said.

“I will come every time this is available, I will be here,” she said. “And just to experience a different culture, I think that we should definitely open ourselves up to the diversity of what’s in the world, which is absolutely beautiful.”

She shared that what struck her most in Shen Yun was the depiction of a higher being descending to Earth and how this higher being offered salvation when people needed it the most.

“That was the theme actually, throughout the entire [performance] … that there was a higher being because even in the beginning, he was coming down,” Ms. Morris said.

“I think there’s some actual reality and just the fact that the presence of the higher being was always there—that was amazing.”