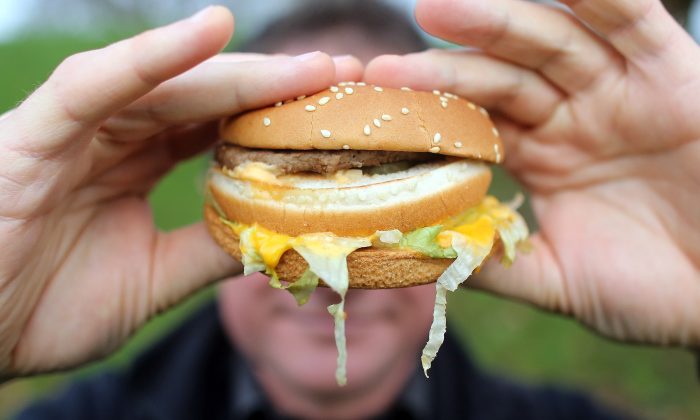 Is Organic ‘Fast Food’ the Future?

Most recently, husband and wife Ray and Shannon Allen – a two-time NBA champion and a TV producer, respectively – have announced plans to open a chain of fast-food restaurants called “Grown.” The first restaurant will open in Miami, Florida.

People want to be healthier, eat cleaner and feel better about what they’re putting in their bodies.

The restaurant will be 1,900 square feet in size, and will feature a full menu for breakfast, lunch and dinner. The organic, locally sourced dishes will include soups, salads, sandwiches, wraps, gluten-free baked goods, cold-pressed juices, smoothies, coffee and tea. It will have indoor and outdoor seating, a drive-thru, a rooftop garden, and a room for events such as cooking classes and health demonstrations.

Shannon Allen was often frustrated by how hard it was to find restaurants that served the type of food they wanted to eat.

“At home I do my best to prepare delicious, nutrient-dense meals for our five children including our son Walker, who is living with Type 1 diabetes,” she said.

But they didn’t have enough time to cook all of their meals, either.

“I had an aha-moment where I realized I couldn’t sit around helpless waiting for someone else to create a fast food option that met our family’s dietary needs,” she added.

Ray Allen says he believes that the public is ready for the organic fast food concept.

“People want to be healthier, eat cleaner and feel better about what they’re putting in their bodies,” he said. “I know this from personal experience, and when Grown opens it will very much be a concept unlike anything else designed to be accessible by everyone, from the weekend warrior to the soccer Mom and anyone in between.”

Is Organic Food Really Better For You? (Video)

Fast Food Revolution on the Horizon?

The success of other recent ventures into organic fast food suggest that Allen is reading the public correctly.

In July, Amy’s Drive Thru opened in Rohnert Park, California, 50 miles north of San Francisco. 95 percent of the foods sold at the all-vegetarian restaurant are organic, and the rest are locally sourced from sustainable farms. Since opening, the restaurant has regularly had lines out the door.

The restaurant is a natural expansion of the Amy’s Kitchen business, which for decades has sold vegetarian and vegan frozen foods, many of them organic. The restaurant menu features fast food classics such as burgers, fries, shakes, burritos, pizza and salads.

In nearby Pleasanton, a former Costco executive opened Organic Coup in November. The Organic Coup is the first fast food restaurant to be USDA Certified Organic, and is planned as a nationwide chain. Another 25 restaurants are planned over the next 14 months.

“The inspiration for The Organic Coup came from the lack of convenient clean food available. We were frustrated with the fact there just weren’t any quick options at lunch or on busy weekends,” founder Erica Welton said. “When we started down this path, we knew we wanted to serve only organic and were shocked to learn how few restaurants were actually USDA certified. We were even more shocked to learn that there wasn’t a single USDA organic certified [operation] in the fast food restaurant category.”

Welton says she hopes to help change the way people think about food. The restaurant’s name is meant to evoke a takeover of the food system.

“Eating USDA certified organic food gives the consumer the confidence of the seal,” she said. “This certification says the food is free of GMOs, toxic chemicals and pesticides, and livestock is raised without the use of antibiotics and added hormones. Organic supports family farms and tends to be more local. Organic farming practices also support regenerative agriculture which has a positive effect on our planet.”