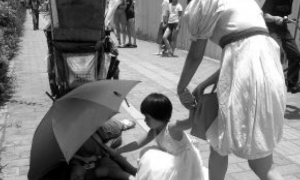 Inside the Power Cult of the Chinese Communist Party

A review of “The Good Communist” by Frank N. Pieke
By Matthew Robertson
Print

It is hard to figure out what is more remarkable about Frank N. Pieke’s book about communist cadre training centers in China: the tantalizing glimpses of a study that did not come to fruition, or the apparent failure to fully understand the subject being studied. In either case, what we have is fascinating and worth close attention, but should be approached with the knowledge that a botanist may often lose sight of the forest for the trees.

Pieke spent a good amount of time between 2004 and 2007 traveling to Chinese Communist Party (CCP) training schools in China, called Party Schools, interviewing CCP members, and reviewing Party documents about how cadre training is structured, and what the CCP hopes to achieve with it.

Cadres, of course, are the “little rust-proof screws” that embody and enforce the power of the Communist Party. They are expected to sacrifice themselves—intellectually, spiritually, morally, or in whatever other way deemed necessary—for the Party. And for this they are rewarded. The fruits of their obedience are described by Pieke with the excellent term “power cult”: Party members become part of an elite cult of power that is separate and different from ordinary people.

Pieke immediately makes clear that the current cult of power and exclusivity is different from that during the Maoist era. “Gone forever are first-hand revolutionary experience and direct involvement in the life and work of China’s toiling masses,” he writes. “Instead, cadres have become a ruling elite who worship book learning and formal educational qualifications. As the embodiment and chief instrument of the party’s leading role in society, cadres are to be leaders, managers, moral exemplars and faithful servants of the party at the same time.”

The “sense of self” of these people “straddles the boundaries between strong individuality, total submission to the party’s will, elitist exclusivity and faceless anonymity,” according to Pieke.

Traditionally, Party training was meant mainly to instil ideological uniformity and commitment to the CCP, Pieke writes. But in modern China it is also to give cadres the “managerial skills, professional knowledge and broad understanding of China and the world that the party considers necessary for the people who will have to lead the country to full modernity and global prominence.” This has its limits, of course.

The cadre school is a useful way to study the Party, as Pieke makes clear. It is the incubation chamber for future Party leaders, as well as a site of socialization, recuperation, and re-indoctrination for veteran apparatchiks.

“In the context of cadre training,” Pieke writes, “the Chinese party-state has developed specific disciplinary, educational and surveillance techniques which are part of a larger strategy of governmentality that takes the party-state and its leaders themselves as its object.

There is nothing to disagree with here, but one wishes for more elaboration on the consequences of the creation of this elite. At the least, we know the cadre school is the CCP’s means of affirming its own status to its members—through political study and the reinforcement of Party dogma—and the broader public through the mystique that is erected around its institutions.

But Pieke does not connect this with the concrete actions of Party officials out in society that is the cause of so much suffering in contemporary China. The reader is left to wonder why not.

The “Good Communist” spends several chapters, in the middle of the book, dealing with bureaucratic ranks, organizational structures, changes and modernization in the Party-training regime, and much more.

But who are these people, these cadres, and how is the Party’s training of them connected to its creating beasts of men? (Recalling Johnson’s adage—”He who makes a beast of himself gets rid of the pain of being a man”—this seems a particularly useful formulation for describing the process of self-destruction and reconstitution that the Communist Party ostensibly requires of its cadres.)

The cadres’ purpose is to serve the Party within the framework the Party erects for them to do so. They pay the price of their conscience and the sovereignty of their minds. They are rewarded by being part of the power cult.

Most of Pieke’s properly lean account consists of recording and description, but when he proffers his own views they can sometimes seem difficult to make sense of. He argues, for example, that “the continued presence of the Chinese Communist Party is not the problem that the reforms have to overcome; quite the contrary, the CCP’s blend of modernist adaptability and Leninist ideological and organizational principles is one of the main causes of twenty-five years of economic growth and social stability.”

Pieke neglects to mention, however, that the latter would hardly have been necessary if the Party had not spent the first 30 years of its rule destroying the country. And he does not ask what forms of repression are comprised by the term “social stability,” or what growth in China might have been possible under other possible systems.

The major unfulfilled promise in Pieke’s work is that he does not do enough to help us understand the CCP official as we perceive him, often through media reports and leaked candid statements. To the Chinese who are under their heels, Party officials can be cruel and dangerous. In some cities the Party officials and the mafia are indistinguishable. As a whole the Party itself behaves very much like an underworld organization.

What Really Goes On

The cadre training centers that Pieke spent time in are of course supposed to show a modern and sophisticated side to the CCP. But in the context of what really goes on in China, how much do they instead conceal?

Consider Tu Yuangao, a 24-year-old cook from Hubei Province who in 2009 was killed after demanding his wages and threatening to expose that the hotel he worked at was a site for prostitution and drug-selling. He had a nail rammed into his head, his genitals were attacked, and he was thrown off the balcony. The police would not release his body.

A crowd quickly developed and rioted. Reports said that the police chief and the wife of the local head judge—Party instruments, members or not—were involved in the establishment.

Another well-known case is that of Li Shufen, a 16-year-old who was raped and drowned by the son of a local public security bureau official and his friend. When local Party authorities tried to cover up the case, people rioted. Recently a man named Xue Jinbo, of Wukan Village, famous for anti-corruption protests in 2011, was tortured and killed in police custody, while struggling for the rights of fellow villagers.

The above does not even touch on the suppression of civil rights lawyers, journalists, and other activists, or the systematic persecution of the spiritual practice of Falun Gong or of various religious groups, which employs extreme brutality across China.

These suppressions and persecutions are enacted and enforced by the Party cadres that no doubt spend time padding around the comfortable habitations that are the subject of Pieke’s study.

The mindset that enables these activities cries out for an explanation. One would think that the cadre school would be one place to begin finding an answer. Pieke, unfortunately, does not try to give us one.