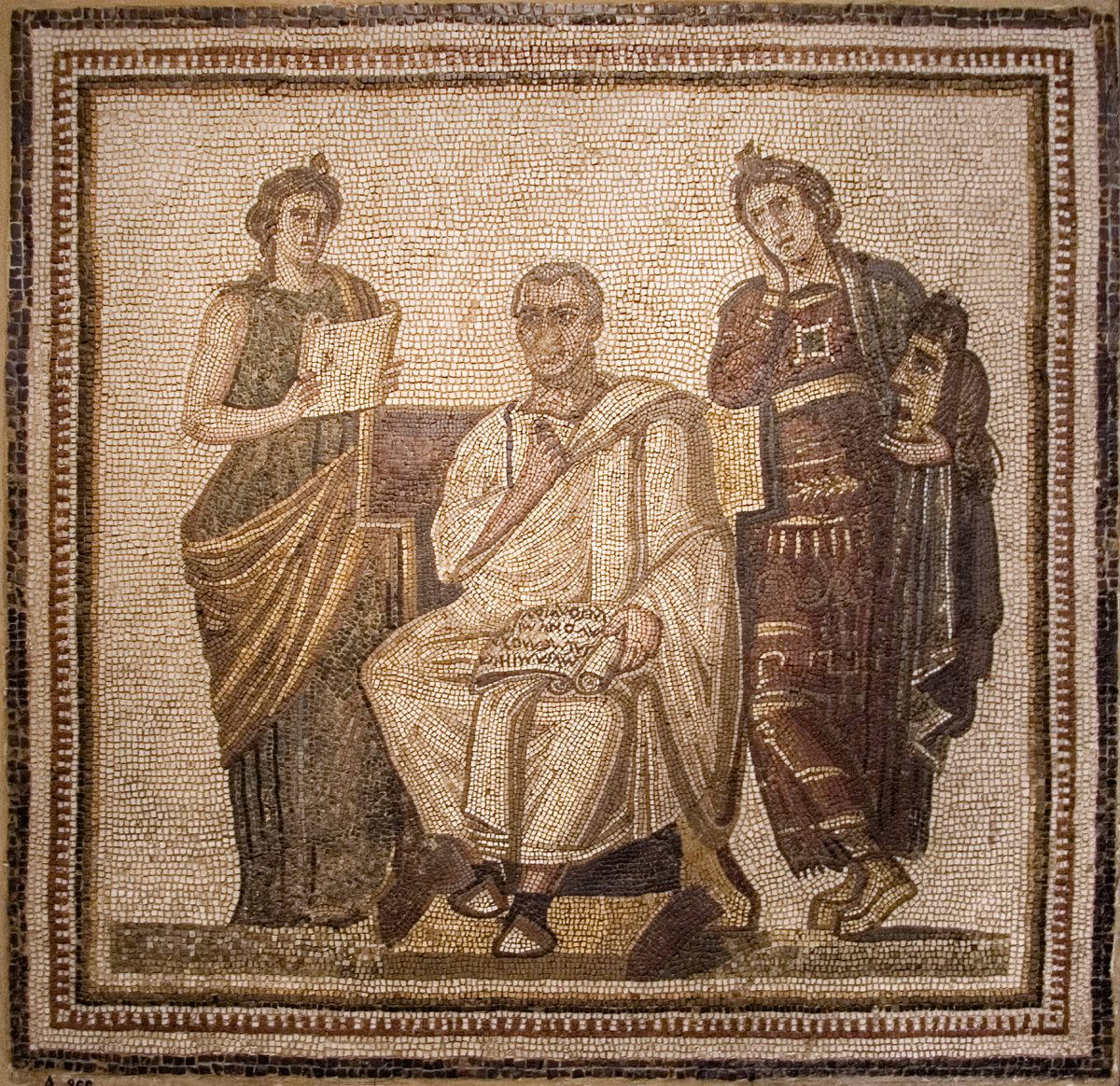 In the Classroom With Clio: A Review of ‘1942: Winston Churchill and Britain’s Darkest Hour’

We study history to learn from the past
BY Jeff Minick TIMESeptember 10, 2022 PRINT

On Feb. 15, 1942, the city of Singapore fell to the Japanese. Fifty-five thousand British and Australian troops were taken captive. Of the 45,000 Indian troops allied with them, some 40,000 took up an offer to join the Indian National Army, created by the Japanese to fight against the British. This was the largest military surrender in the history of Britain.

In April of this same year, after several months of fighting, the Japanese took Bataan in the Philippines, capturing 78,000 of the American-led Allied troops. Corregidor fell next, leaving the Japanese in complete control of the country.

In the Battle of the North Atlantic—that conflict between German U-boats and Allied convoys and their armed escorts fought over a vast territory—Allied shipping losses rose at staggering rates during the first six months of 1942, with 300 ships totaling more than a million tons of shipping sinking to the bottom of the Atlantic.

During this time, the German Luftwaffe ripped into other convoys sailing the Arctic bearing vital supplies, including aircraft and tanks, from Britain to the hard-pressed Soviet Union.

And in the desert of North Africa, by late spring military forces under the command of Erwin Rommel seemed set to destroy the British Eighth Army, a defeat that would assuredly bring Egypt and the vital Suez Canal into Nazi hands.

Days of Gloom and Desperation

When we look over our shoulders into the past, the outcome of events often appears preordained. We think today of World War II and the defeat of the Axis powers—Germany, Italy, Japan—as a given. We recollect the fall of France to Germany in 1940 or the astounding advances of Japanese forces after Pearl Harbor, all the while knowing how this drama ends.

We forget that the men, women, and children living through these ordeals had no such luxury; they did not know how the drama would end.

In his new book, “1942: Winston Churchill and Britain’s Darkest Hour,” Taylor Downing gives readers a blow-by-blow account of this dire time in the fight for freedom, focusing especially on the string of military defeats that left the British people reeling.

With their hope of victory waning, ordinary citizens’ confidence in the government, particularly in Prime Minister Winston Churchill, began to fade as well. The collapse of European resistance to the Nazis in 1940, followed by the devastating Blitz of England’s cities, towns, and factories, is often called “Britain’s Darkest Hour.”

But as Downing demonstrates, using new evidence garnered from various sources and archives, 1942 was the year when Britain’s triumph and Churchill’s continued leadership both clung to life by a thread.

“The British Bulldog” was an apt nickname for Churchill. With that cigar clamped firmly in his mouth, that face set like flint against defeat, and his brilliant oratory, Churchill personified British courage and tenacity.

At the end of “1942,” Downing sums up the man by writing, “Although he stared into the abyss of defeat, he had the determination to keep fighting.”

Yet Downing is keenly aware of Churchill’s leadership errors and discusses them at length. He was, for example, very much a hands-on prime minister, taking an intense interest in such military matters as weapons development, battlefield tactics, and equipment inventories.

After becoming prime minister, his attention to such details, Downing tells us, brought a greater sense of urgency to the government but also led one War Department official to complain that he needed a second staff, “one to deal with the Prime Minister, the other with the war.”

In another regard, Downing writes that “he did not always pick his best lieutenants.” This failure is illustrated throughout the book, particularly as to some of the military commanders Churchill selected. General Bernard Montgomery, for example, won the battle of El Alamein, which gave an enormous boost to Churchill’s popularity, but Montgomery was not the prime minister’s first selection for this post.

Regarding these choices, we may question Churchill’s appointing himself, on becoming prime minister, as Minister of Defense. This unprecedented joint role “gave him unique authority to oversee all matters of military policy,” which was true enough, but one wonders whether holding both offices didn’t also make Churchill a broader target for the military failures of 1942.

Here’s another example of Churchill’s flawed judgment. Until reading “1942,” I never quite understood why at war’s end the British public would vote out of office the man who had guided them to victory.

Though I’ve read a number of biographies of Churchill, for the first time I understood that throughout the war he showed little interest, other than in a general way, in a society post-war Britain might enjoy.

Meanwhile, his political opponents had spent a good deal of time planting seeds in that field, then brought forth a crop of promises during the elections, and won.

Both Churchill and the government recognized the importance of gauging and keeping up spirits on the home front. Charged with this mission was the Ministry of Information (MoI). Though this ministry was at first poorly managed, ex-journalist and Churchill’s close friend Brendan Bracken eventually took control and got the organization on track producing posters that supported war efforts, leaflets to be dropped over Germany, and films to guide and encourage the public.

One division of the MoI was charged with recording the mood of the British public. In a program called Mass Observation, government workers were dispatched to record discussions about the war overheard in shops and cafes. They conducted interviews and distributed diaries to certain people so that they might set down their thoughts on the changing events.

In these primitive forms of our contemporary opinion polls, the government hoped to keep abreast of the attitudes of those at home, without whom, they knew, victory might be lost.

By 1942, the British had endured three years of warfare, standing part of that time alone against fascism. Downing shows us the corrosive effects of this ordeal on morale—the rationing, the Blitz, the loss of loved ones. The string of defeats in 1942 only further sapped the spirits of ordinary citizens.

According to Downing (who brings the MoI frequently into his history), in the wake of Montgomery’s victory in North Africa along with the turning of the tide at Stalingrad and the American victory at Midway, public optimism rebounded. After news of the victory at El Alamein, for instance, journalist Mollie Panter-Downes “recounted that the girls behind their shop counters, taxi drivers, everyone she met had a smile, including the bus conductor ‘who tinkled his bell and shouted, ‘Next stop, Benghazi!’”

Clio at the Blackboard

Long ago, when I was a graduate student, a history professor warned me against drawing lessons from the past, a stance that baffled me. To my way of thinking, then and now, Clio, the muse and goddess of history, is first and foremost a teacher. We study history to learn from the past, not just about the past.

Lesson No. 1: Strong, virtuous leadership is imperative. In times of crisis, we need leaders who will clearly state their beliefs and then firmly defend them.

Despite his flaws, Churchill stands front and center among the leaders discussed in “1942.” Whether Britain would have defeated fascism without him can never be known. What we do know, however, is that Churchill carried the day by dint of his personality and even by his words. As correspondent Edward Murrow said, “He mobilized the English language and sent it into battle.”

Lesson No. 2: In a free society, these leaders need to pay attention to those people they represent. During the war, the British government attempted to do so.

In July 2022, a poll found that 85% of Americans believe the country is headed in the wrong direction. They may disagree as to which direction we should be taking, but dissatisfaction is clearly broad and deep. Wise politicians would take note and seek out the thoughts and opinions of their constituents.

Lesson No. 3: Here, the old adage “It is always darkest before the dawn” comes into play.

This is the greatest lesson we can draw from “1942” and wartime Britain. Whatever our predicament, whatever our situation, to lose hope is to despair. To despair is to lose. Period. Abandon hope, and the enemy wins.

Immediately following Pearl Harbor, Winston Churchill traveled to America, addressed the Congress, “forged a close personal bond” with President Roosevelt, and returned to Britain in a buoyant frame of mind. Downing writes that Churchill would then “require immense reserves of strength to withstand” the coming calamities.

Churchill found that strength. And in whatever crises we face, whether personal or political, so must we all.