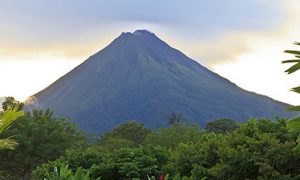 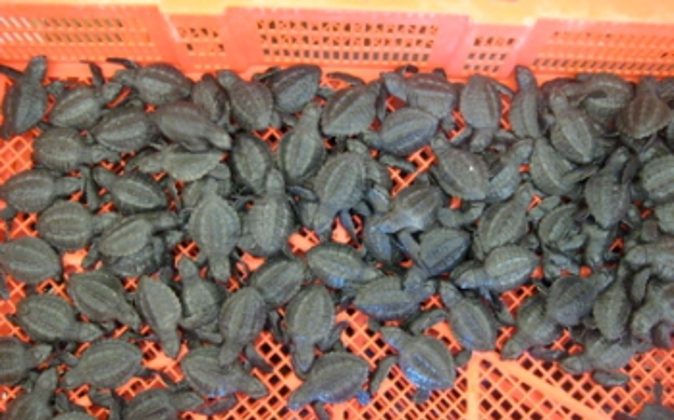 If the Caribbean’s balmy turquoise charms are doubled by wintry weather at home, the argument could be made they’re halved in close succession to a steamy summer. Heat, humidity, mosquitoes – been there, done that.

Mexican tourism is down for the count anyway, and along the torrid coastline of the Riviera Maya in the off-season, it barely seems to have a pulse. But it turns out there’s more life on these deserted beaches than you might think – you just have to dig a little.

Tulum’s epic seven-mile beach is bordered by various humming, buzzing thicknesses of scrubby jungle, cut through by a two-lane road. Between the road and the Caribbean are dozens of low-key bungalow hotels playing variations on a theme: thatched roofs, yoga studios, a landscape of soft white sand.

Our digs, Cabanas La Conchita, are a cluster of open-beamed cottages in Italian colors on a rocky, half-moon cove. Instead of a lobby, there’s a sandy-floored tropical garden, brimming with coconut palms and palmetto, leading from the entrance through to the beach.

But where the sand should have been, in my tropical fantasy, scattered with coconuts and cavorting lizards, it’s crowded instead with half-buried columns of chicken wire eighteen inches high. A poorly planned vegetable garden? A maximum-security prison for rabbits?

“Sea turtles,” says Eduardo Rosales, the hotel receptionist, as proud as a new father. “These are our sea turtle nests.”

Seven of the world’s eight species of endangered sea turtle lay their eggs on the beaches of Mexico, and four of these nest on its Caribbean coast, on beaches where tourism increases its footprint every year.

The challenge for conservationists is to take this impossible resource conflict and turn it into cooperation, involving hotels like La Conchita and their guests in keeping beaches turtle-friendly and keeping turtle nests safe.

It works, in no small part because the turtles and the tourists keep different schedules: the turtles nest, incubate and hatch between spring and early fall, when you and I are barbecuing at home, and by the time the snow drives us down to their nesting grounds, the mother and babies have hightailed it for the open sea.

But it’s just October now, and we’re picking our way from empty cabana to empty cabana through a miniature obstacle course of wire and tidy signs identifying loggerhead, green and hawksbill turtle eggs sleeping just under the sand. In nature, the nest that a mother turtle digs in the sand is a natural incubator, just the right depth to protect from the elements without giving up the sun’s warmth. But ripening eggs and hatching babies are vulnerable to predators, like the crabs skittering across the path as we pass, not to mention that protecting their natural nests would involve closing off parts of the beach, an unrealistic proposition in this burgeoning tourist town.

So over the last eight years, volunteer turtle squads at La Conchita and other hotels have learned how to dig up the eggs from the beach and resettle them in manmade nests, labeled with species, date and number of eggs, and fenced off from potential dangers until they hatch and are released into the sea.

Rosales tells me they’ve had ninety-seven nests so far this year, three times the eggs normally laid in this cove. “We’re starting to run out of room,” he says, but his smile suggests that’s a good thing. Just a lucky year?

“They don’t like light,” he says, “and on the big beaches, someone always has the light on.” Like many Tulum hotels, La Conchita only has generator-sourced electricity three hours a day, from seven to ten PM, and Rosales says they cut it off when they discover sea turtles coming up to nest. When the lights go out, “sometimes the tourists are surprised, but then we explain what’s going on,” he says. “They understand what we’re trying to do, and they want to help.”

But if it’s a lucky year for La Conchita, it’s an unlucky one for us. The next due date is five days from now, after we’ve gone. We swallow our disappointment, gaze forlornly at the empty sand, and try not to trip over the corrals on our way to breakfast.

Copyright © 2014 by Go Nomad. This article was written by Valerie Hamilton and originally published at www.gonomad.com