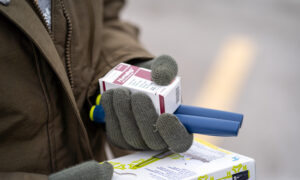 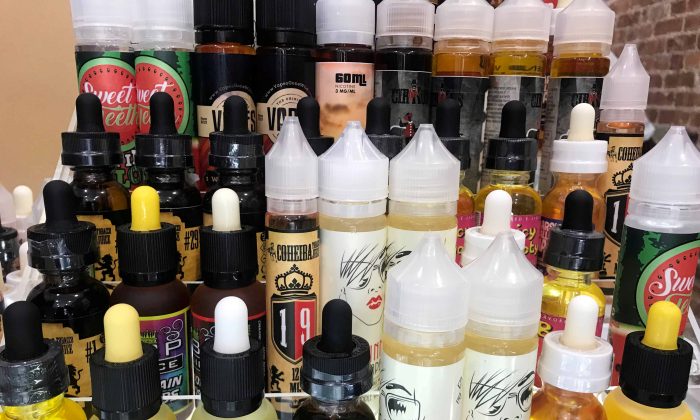 LOS ANGELES—Faced with a proliferation of new electronic cigarettes and a sharp rise in teen vaping, the U.S. Food and Drug Administration sent letters to 21 electronic cigarette manufacturers on Oct. 12, seeking information to assess whether the products are being marketed illegally.

An FDA rule banned the sale of new e-cigarette products after August 2016 without regulatory approval. In September, Reuters reported that startups and big tobacco firms launched more than a dozen new high-nicotine e-cigarette products mimicking the popular Juul devices after the FDA imposed the deadline.

The agency on Friday sent letters to companies including Reynolds American Inc, a unit of British American Tobacco Plc, which makes the Vuse Alto device, asking for evidence that the products were on the market before the August 2016 cutoff.

FDA Commissioner Scott Gottlieb said the agency “will not allow the proliferation of e-cigarettes” being sold without proper approval.

The agency also sent letters to Fontem Ventures, a unit of Imperial Brands Plc, seeking information about its myblu e-cigarettes, as well as smaller companies including Kandypens, Myle Vapor, and VGOD.

Shares of British American Tobacco on Friday were down 3.9 percent and Imperial Brands fell 6 percent in London.

A spokesman for British American Tobacco said the company will provide to the FDA information to show it is in compliance with the rule. He said the company notified the FDA in May that the product was a “repackaged and re-branded” version of a product that was on the market before August 2016.

A spokesman for Imperial Brands said the myblu products are in compliance with FDA rules, adding that the company will provide the requested documentation soon.

Representatives for the other companies did not respond to requests for comment.

If the FDA determines the e-cigarettes were introduced after the August 2016 deadline, companies could face fines or have their products seized from store shelves. Gottlieb said the agency was concerned about sweet flavors in several of the products, which he said are “one of the principal drivers of the youth appeal of e-cigarettes.”

The FDA has faced increased pressure to act as the sleek Juul e-cigarettes have surged in popularity among U.S. teenagers. Juul Labs Inc’s share of the e-cigarette market rose to more than 70 percent, up from 13.6 percent in early 2017, according to a Wells Fargo analysis of Nielsen retail data that does not include online sales.

Juul sales grew from 2.2 million devices sold in 2016 to 16.2 million devices last year, according to the U.S. Centers for Disease Control and Prevention. Many high schools have resorted to locking bathrooms—jokingly called “Juul rooms” by students.

The Juul design mimics a flash drive—with plug-in cartridges of concentrated nicotine juice. It is far more compact than earlier vaping devices and produces less vapor, making it easy to use without being detected—an attribute some health advocates say attracts teenagers.

Juul was on the market before the August 2016 FDA deadline, but other companies have introduced new copycat devices after the cutoff date without regulatory consequences.

Anti-smoking advocates including the Campaign for Tobacco-Free Kids complained about the Juul lookalikes in an August letter to the FDA, saying the companies had “evaded the review process.”

The FDA has recently cracked down on what it calls an “epidemic” of youth e-cigarette use, threatening last month to ban Juul and four other leading e-cigarette products unless their makers take steps to prevent use by minors.