‘I Want This to Be a Family Tradition,’ Says Regional IT Manager at Shen Yun 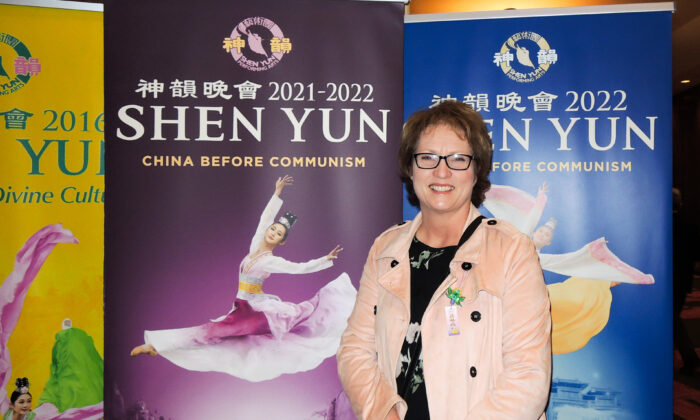 PORTLAND, Ore.—Some families have the tradition of seeing the “Nutcracker” every Christmas. As more and more people are experiencing Shen Yun Performing Arts, some are also saying that they would like Shen Yun to become a part of their family tradition.

Shen Yun is based in New York and the company’s artists prepare for each year’s all-new performance with passion and discipline. Audiences often comment that they can see this passion come through when they are on stage.

Schmit said that if she could, she would, “ask them about their discipline, I would ask them, what led them to that type of discipline? And does that discipline bring them hope personally?”

She felt that the performers were sharing their energy with the audience.

There was great energy from the stage. Yes, it was a wonderful performance.
— Katherine Schmit

“There was great energy from the stage. Yes, it was a wonderful performance,” she said. “There’s always something in music and dance that brings out inner peace.”

“I think that the energy comes from the belief in the dancers and in the performers that they truly believe in the things that they’re doing. And they truly want to emanate that belief and help other people find hope and find peace and tranquility,” she elaborated.

Shen Yun‘s mission is to revive 5,000 years of Chinese culture and civilization. This includes the spiritual side of China, and although China does not share the same religion as much of the world, the similarities between beliefs are inarguable.

“I was just having a conversation with someone who was of a different faith. They were Christian. And this is Buddha. And we were just talking about the similarities. It’s refreshing to see the similarities between the religions, where there’s a Creator, and there’s divineness in each of us and there’s good,” Schmit said.

She added that although Shen Yun is reminding people of this divine connection, we are often distracted by what is before us.

If we just look up, we can all see the good in each other, and the divineness in each other.
— Katherine Schmit

“I loved the last scene, where everybody’s so busy with their technology, lives, and things like that. But if we just look up, we can all see the good in each other, and the divineness in each other.”

As someone who has experienced other performances, she was happy to share that Shen Yun “was just stunning. It was captivating. It was magical, filled with grace and light.”