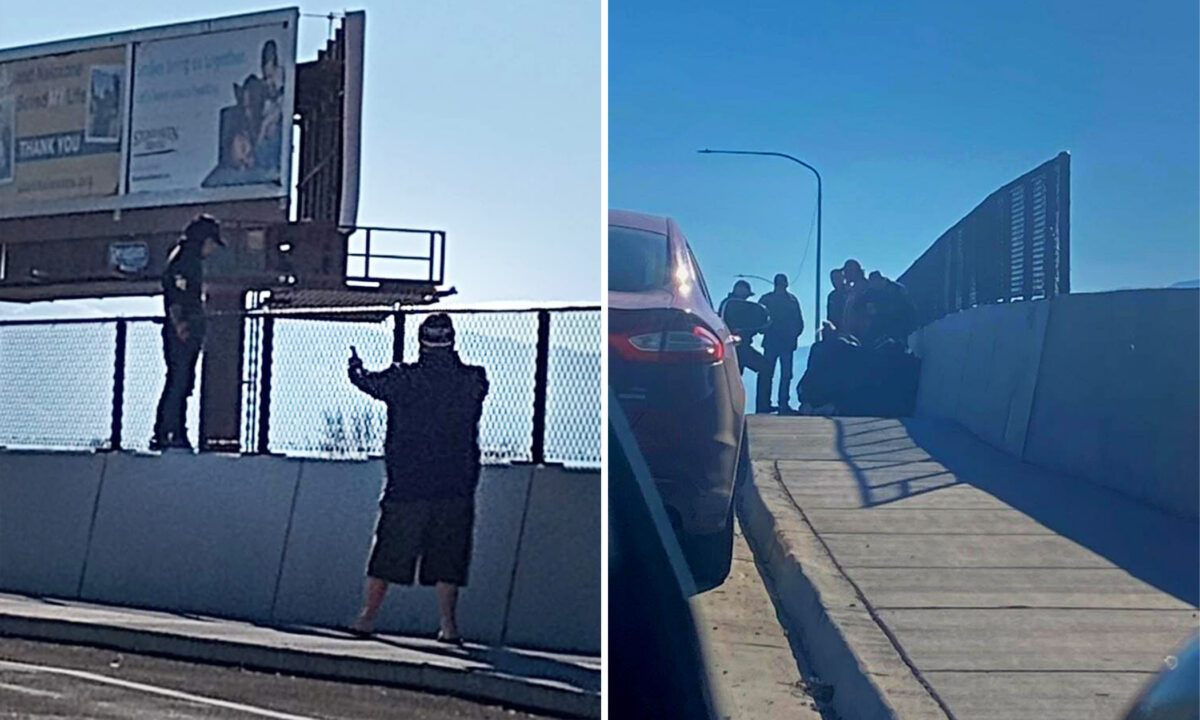 ‘I Love You Bro’: Dad Spots Young Man About to Jump Off I-15 Bridge, Stops, Opens His Heart, Saves a Life

What if you saw someone about to jump off a bridge to commit suicide over a busy highway?

Would you stop and open your heart to save a life?

Utah man Joe Tuia’ana, 42, found himself in that situation while driving his three daughters to one of their basketball games on Saturday, Jan. 29.

At around 3 p.m., they were crossing the I-15 overpass between 350 North and 760 North when Joe, a sales account manager from Lehi, spotted a young man in his early 20s in a black hoody.

“He was crying and was very shaky, standing on the other side of the protective barrier fence, facing the interstate,” Joe told The Epoch Times. “He was looking down at the moving cars below while holding himself with his right hand.”

Immediately, Joe knew the man was suicidal and swung his car around, parking behind the young man’s car on the bridge. He told his eldest to call the police and for his girls to stay put.

“I got out of the car and immediately thought, ‘If you screw this up, not only is this young man going to die, but your daughters are going to see it happen,’” he said. “I nearly passed out due to fear and anxiety.”

Joe said a small prayer, asking God to help him do the right thing.

“From that point, I felt inspired to do what I thought Jesus would do: walk slowly to this young man, with your arms open to him,” said Joe.

As he drew near, the young man looked over and then back to the freeway.

After a few minutes, he uttered softly, “help.”

That was all Joe needed to hear. He jumped up, embraced the young man, and pulled him over to his side of the fence.

“I held the young man in my arms like he was my own child and cried with him,” said Joe. “No words said, no questions asked. Just time for him to hug and sit with someone who loved him in peace.

“He was hurting and I felt like he just needed someone to love him.”

Minutes later, police and first responders arrived. After the young man calmed down enough, they relocated to a parking lot down the street, as a crowd had formed with cars stopping on the overpass.

“The police knew I was first there to help him and that he was comfortable with me so they asked if I could stay with him for a little while longer and I agreed,” the dad said.

Joe doesn’t know what led to the young man’s suicide attempt or what happened after, but hopes to reunite with him.

He also wants to encourage anyone having suicidal thoughts to call the National Suicide Prevention Lifeline if they need help and know that there are communities of people who care.

“This was an amazing, horrible, beautiful experience for my life,” he said. “I now view people with a greater love and with open arms. My heart needed an upgrade and this young man gave it to me.

“’I love you bro,’ arms open and no questions asked.”