‘I Just Felt Like I Was Moving Into the Heavens,’ Says Theatergoer at Shen Yun 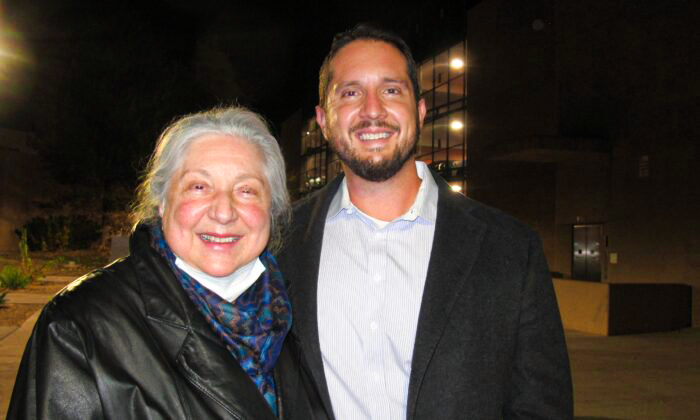 ALBUQUERQUE, New Mexico—China’s traditional culture is deeply spiritual and for 5,000 years, its people believed in a divine connection between heaven and earth. At the Popejoy Hall in Albuquerque, Shen Yun Performing Arts—a company that is reviving traditional Chinese culture—brought its audience unique insight into the true beauty and spirituality of the Middle Kingdom through classical and ethnic dance and music.

Angela Kowzan, a retired social worker who saw Shen Yun with her son, Jesse Nuytten, had been learning about China’s spiritual beliefs and was surprised to discover during the performance that reincarnation is a fundamental part of Chinese traditional beliefs.

“I really liked it! It was very different than anything I’ve ever seen before and I was surprised by the spiritual dimension,” Kowzan said. “You know, I practice spirituality in somewhat the same way, so I was really surprised … they’re talking about reincarnation—I had no idea that in China, there was a belief in reincarnation.”

“It was beautifully choreographed,” said Nuytten, a financial analyst. “Just an incredible skill that they demonstrated. It was a beautiful show.”

Both Kowzan and Nuytten were very impressed by the musician who played the two-stringed erhu, also known as the Chinese violin.

“That was amazing,” Kowzan said, adding that she felt a strong spiritual element to the music.

I kind of closed my eyes and I just felt like I was moving into the heavens.
— Angela Kowzan

“It was like all the different emotions, but the good emotions—very uplifting. I had a reaction … when [the musician] was playing, I kind of closed my eyes and I just felt like I was moving into the heavens,” she said.

“I can’t see too much, but I can feel it … Oh, it was lovely! It was kind of like flying into heaven—ascending into heaven. Then, [the musician] stopped playing and it was something else, so then I had to come back.”

Musicians Suzanne and Todd Lowry were also taken by the beautiful music of Shen Yun.

Suzanne, who plays the piano and harp, said she had been waiting 5 years to see Shen Yun.

“Beautiful! The costumes are so beautiful, and the dance is so wonderful! I couldn’t wait to see it,” she said.

Suzanne also enjoyed the virtuoso vocalists who were accompanied by piano.

“The piano is lovely, and the vocal is lovely,” she said.

“I like the whole idea of the Heaven and the Divine … [The music is] very beautiful, and the dance is outstanding,” he said.