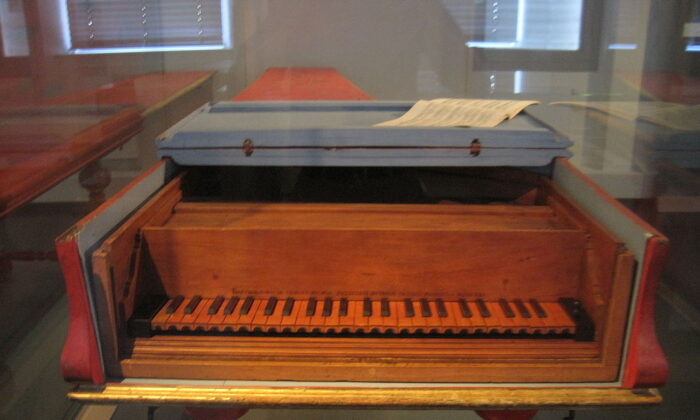 Of Pianos, Hope, and the Future

Where there is a piano, there is hope.

There is hope because where there is a piano, someone nearby knows how to play it and is capable of teaching others to play.

And this activity—taking and giving piano lessons—will save the world.

Hyperbole? Of course. But truth-based.

Piano lessons are instruction in how to coordinate the senses of touch, sight, and hearing; how to discern incorrect results and correct them; how to cultivate a sense of beauty; and all of this while exploring one’s own potential for creativity.

The piano student holds the history of music in one hand and its possible future in the other. Centuries of music can be played on the 88 keys of the instrument invented by Bartolomeo Cristofori on the cusp of the 18th century. Cristofori’s invention was named the “soft-loud” (“pianoforte,” later shortened to “piano”) for its ability to play at different volume levels, contrasted with the earlier harpsichord.

The piano’s complex array of strings, hammers, and dampers allowed more expressivity from the player than had ever been available on previous keyboards, and this birthed centuries of masterworks by Mozart, Beethoven, Chopin, Schumann, Brahms, and others whose output would have been tragically reduced without Cristofori’s innovation. The present-day student has access to their repertoire and that of pre-piano keyboard composers such as J.S. Bach, but the piano’s range (its lowest and highest notes lie outside the range of the symphony orchestra) and the complexity made possible by 10 trained fingers also means that the pianist may play arrangements of symphonies and operas, or at the more recent end of things, movies scores and pop songs.

I teach 20-plus (the exact number fluctuates) of the estimated 5 million people who take piano lessons in the United States. This latter number includes young beginners, adult beginners, intermediate and advanced students, and even a few aspiring concert pianists. The percentage of those 5 million who will enjoy careers playing piano in concert halls or theaters and lounges is infinitesimal, though a slightly larger number might end up accompanying their church choirs or themselves teaching piano.

So, what is the point of studying piano, as opposed to other instruments or even other physical disciplines such as martial arts or team sports? Of all the Western instruments, the piano is the one most capable of producing music on its own. Bowed string instruments enjoy a tradition of unaccompanied scores, many of them indispensable (think of the Bach cello suites), but they are for the most part meant for ensemble performance. A violinist may spend hours mastering the Bach Chaconne for her instrument, but she will spend many more hours performing with a piano accompanist or as part of a string quartet.

The typical pianist spends far more time alone than in collaboration. Learning to play a piece of music on the piano means making decisions and taking responsibility for those decisions. “Does that tempo really fit the feeling of the piece?” “Where is the peak of that melodic arc, and how can I bring it out?” “Should I bring out the middle voice on the repeat?” “How does Chopin’s love of opera affect the shape of his phrases, and how can I convey that?” “How should I play the return of the fugue in Beethoven’s Op. 110 sonata?”

Piano students are taught to think for themselves. The relationship with the teacher is important, of course, for the teacher is a mentor who has walked the landscapes of classical music and knows where the rough terrain is. But the central relationship is that between the student and the work studied and interpreted. And the only agent making final decisions about that rubato or this trill is the student, and the student alone. Piano lessons are lessons in individualism, in the best sense: the making of informed decisions and the shouldering of responsibility for those decisions.

The Sabotage of Collectivism

That’s why there is hope wherever there are pianos and piano lessons, no matter in what unlikely locale. You can find them right now, for instance, to the tune of an estimated 30 million students in … China.

While Communist China began its “Cultural Revolution” by destroying pianos (and violins and all other vestiges of European-style music-making), it made a U-turn in the late 1970s, beginning a renaissance of Western music-making that has issued in a plethora of superstar pianists.

Big mistake for them. Good news for the world. Collectivism may be the official CCP line, but every day tens of millions of Chinese practice individualism at the piano along with their Mozart and Chopin. As Plato wrote, “Rhythm and harmony find their way to the innermost parts of the soul.” Once there, no state can dislodge it.