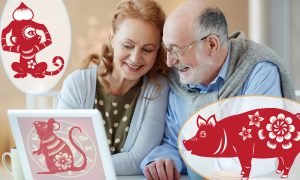 Chinese Zodiac Signs Can Tell a Lot About Your Personality, Discover Yours
0 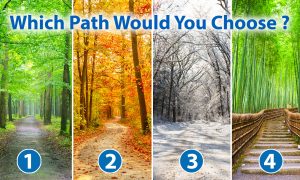 Psychology Test: The Path You Choose Can Reveal Your True Personality
0 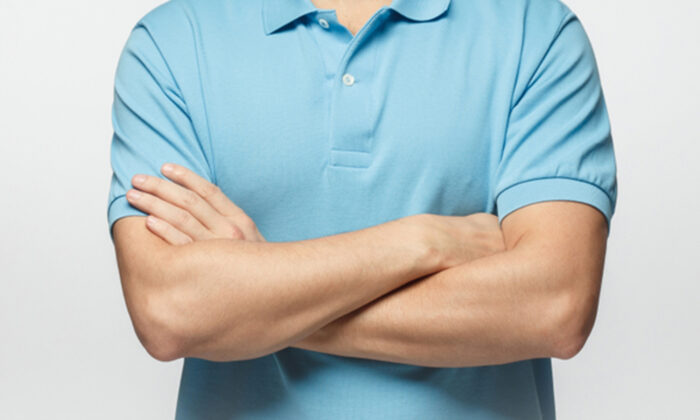 How You Cross Your Arms Can Tell You About Your Personality–Are You the Dominant Type?

Crossing one’s arms is often considered a form of body language, and it may be more meaningful than you might expect, revealing information about a person’s mood and personality. It is such a natural and instinctive gesture that many people don’t observe the way they do it.

Today, we’ll look at different ways that people can cross their arms and what their body language might say about the way they operate in their private life and at work.

But first, how about playing along and testing your own personality? Cross your arms right now and observe which arm goes under and which hand(s) end(s) up on top.

Now, let’s check what each of the different ways of crossing arms means and see what sort of personality type you are:

Some people’s natural way of crossing their arms involves putting the right arm underneath the left, with the right hand resting on top. This indicates a dominance of the left brain and connotes certain personality traits.

Brain researcher Roger Sperry did a series of split-brain experiments, which he argued showed the left brain as the center of linguistic activities and logical reasoning, and the right brain as being concerned with nonverbal, imaginative functions, according to the Nobel Prize website.

That being said, it’s important to know that the left brain controls the opposite (right) side of the body, including the right hand.

This has led to an association between right-hand dominance and tasks like manipulating numbers and symbols, critical thinking, and logical reasoning. When you reveal this by crossing your arms, you might also be indicating your approach to personal interaction. Your personality could be marked by a tendency toward carefully analyzing social situations and acting strategically.

If the arms are crossed with the left hand showing itself on top of the right arm, this can indicate a dominance of the right side of the brain. This side has more to do with feeling and images rather than words, according to Sperry. This means that people who cross their hands this way might be more creative, artistic, and prone to daydreaming.

With intense feelings and impressions that they often find difficult to articulate in words, they’re more likely to find other ways to express themselves, such as music or the visual arts.

One area where the right brain excels is in spatial and relational intelligence. This means people who are right-brain dominant are able to intuit a great deal about others through non-verbal cues.

3. Both Hands on Top

The last combination of crossing arms reveals both hands sitting on top of the arms. This unique posture reveals an equality between the different sides of the brain, with neither left nor right being dominant.

The personality type will thus exhibit features of both sides, balancing abstraction and intuition, thinking and feeling, and verbal intelligence with creative impulses. The equilibrium that these people display makes them uniquely suited to mediating professional and personal disagreements.

In terms of their own desires, they have the capacity to understand and meet the needs of both right-brain and left-brain people, making them versatile partners.

Whatever your arm-crossing style, it’s interesting to note that this gesture doesn’t necessarily mean defensive, as former FBI agent and body language expert Joe Navarro explained to WIRED. Navarro claims crossing arms is a “self-soothing gesture,” which is used much more in public to alleviate anxiety.

Scientific researchers have in fact found that crossing arms helps our brain to solve complex problems, such as anagrams, which require right-brain and left-brain traits working together. So whatever your crossed arms say about your personality, we can say that it’s not a meaningless gesture; there is something deeper at play whether at work or in social situations.