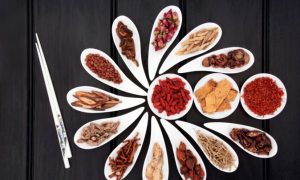 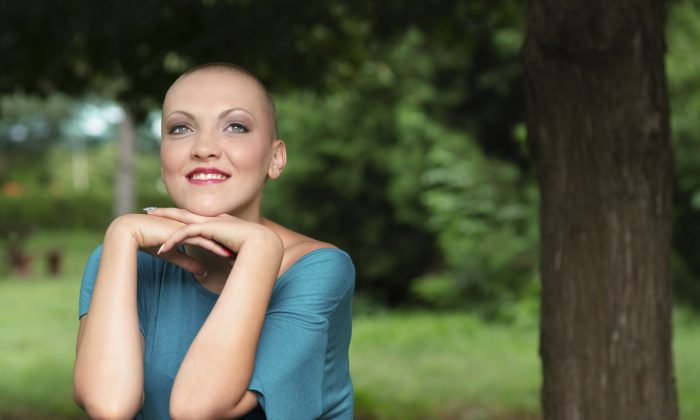 How to Prove a Natural Compound Can Treat Cancer

Not many natural compounds have been proven to fight cancer. This is largly due to lack of funds and researchers who are interested in natural treatments.

French molecular biologist Mirko Beljanski, PhD was an exception. He reasoned that, “If nature came up with carcinogens, it also came up with anti-cancer substances.” He spent almost 50 years of his research career showing that compounds in the plants Rauwolfia vomitoria, an African herb used in folk medicine, and Pao pereira, a tree native to South America, have significant anti-cancer activity.

He passed away in 1998 but his wife Monique and daughter Sylvie have continued his mission, through The Beljanski Foundation, to show these compounds are effective. Sylvie explained to Epoch Times what it has taken to prove these compounds work.

Answers have been edited for brevity and clarity

The Mystery of Breast Cancer

Epoch Times: What keeps you and your mother so dedicated to showing the world that these compounds are effective?

Sylvie Beljanski: Our dedication is based on the fundamental excellence of Beljanski’s research. He identified natural products with anti-cancer activity that are both efficient and non-toxic. I know that they can make a difference in peoples lives. There is so much suffering out there, and it does not have to be that way. Once you understand, there is a moral duty to carry on.

Epoch Times: How did your father to discover the compounds in Rauwolfia vomitoria and Pao pereira?

Ms. Beljanski: He developed a method called the Oncotest to identify carcinogens.

He then realized that the Oncotest could also be used to identify compounds that behave as the opposite of carcinogens. He first selected Rauwolfia, a plant extract used traditionally for heart issues, but with toxic side effects.

He discovered that he could, thanks to his test, separate the anticancer alkaloid alstonine from the toxic compound (reserpine) in the Rauwolfia extract.

He then looked for other molecules similar to alstonine, and found one in the extract of Pao pereira.

Epoch Times: What was the reaction of  his peers in science to his discovery?

Ms. Beljanski: Apart from a small number of scientists, the Oncotest was widely ignored, despite its sensitivity and power. Beljanski was certainly the victim of prejudice against new ideas, but at the heart of the matter, Beljanski’s model for how cancer starts and progresses was at odds with the paradigm of the ’80s—namely, that cancers are caused by mutations in the genetic code that ultimately lead to uncontrolled cell division, the hallmark of most tumor cells.

Epoch Times: How did his model differ?

Ms. Beljanski: By focusing on the damaging effects of carcinogens on DNA structure, Beljanski was pursuing a completely different approach.

Beljanski’s observations on the central role of DNA destabilization in cancer have since been reproduced by Donald Malins at the Pacific Northwest Research Institute in Seattle, Washington.

Beljanski’s work showing a causal link between cancer and exposure to carcinogens in the environment made him a pioneer in environmental medicine.

If cancer results from a progressive and cumulative destabilization of the DNA, then we have the power to act, eliminate toxins and prevent cellular destabilization and multiplication. This is a new avenue of research, so far very promising, which for the first time empowers the patient.

Epoch Times: What criteria do natural compounds have to meet in order to be worth studying?

Ms. Beljanski: The most important issue is to make sure from the start that the natural product to be studied has a significant and reproducible biological activity that has a positive effect on health. If this condition is met, then the agent can be further analyzed to demonstrate its activity in cell-based and animal studies and to establish its safety. Once the activity and safety are characterized then clinical studies in humans can be conducted.

Epoch Times: Can you describe the human trials conducted with Beljanski’s discoveries?

Ms. Beljanski: A small clinical trial using a combination of Pao pereira and Rauwolfia vomitoria extracts was conducted at Columbia University on men with elevated PSA (prostate specific antigen) but without prostate cancer.

The combination lowered PSA levels in most of the men and provided relief of urinary symptoms in those men with enlarged prostates (BPH).

This study revealed that the combination exerts an anti-inflammatory effect in the prostate. The men who took the two extracts suffered no adverse side effects demonstrating the lack of any toxicity in the extracts.

In a completely different line of research Beljanski developed a preparation of RNA fragments that induce production of white blood cells. At the Cancer Treatment Centers of America (CTCA), a human clinical trial was conducted with these RNA fragments, which demonstrated that RNAs restore normal platelet levels in cancer patients suffering from chemotherapy-induced thrombocytopenia (critical loss of platelets).

Also in Mirko Beljanski’s time, another clinical trial was conducted in France with an HIV positive population. It was a twelve month study showing the safety as well as the anti-viral effect of Pao Pereira.

Epoch Times: How many peer reviewed papers has the Beljanski foundation helped get published about these plants?

Ms. Beljanski: Eight so far on prostate, ovarian and pancreatic cancer, as well as several books. They build upon the legacy of Mirko Beljanski who left us a body of 133 peer reviewed publications as well as two books.

Epoch Times: So can these compounds be are considered ‘proven‘ to treat cancer?

Ms. Beljanski: There is large body of high quality scientific research demonstrating the efficacy and safety of the Beljanski plant extracts so they may be considered proven and more research is underway. They have been used by doctors since the ’80s in Europe and as more doctors learn about the extracts the more likely they are to use them.

There has been a mindset in the mainstream that is against natural products and supplements, but there is evidence of greater acceptance of natural products if they have been vetted by science. For example both the Cancer Treatment Centers of America and Memorial Sloan-Kettering Cancer center now acknowledge the potential value of natural supplements in supporting the health of cancer patients.

Epoch Times: How much has it cost so far to do the trials on Pao and Rauwolfia?

The Foundation also sponsored a Phase I clinical trial in humans to study the effect of Beljanski’s RNA fragments on platelet levels in cancer patients undergoing myelosuppressive chemotherapy at a cost of over one hundred thousand dollars.

Epoch Times: Where do you get funds?

Ms. Beljanski: The Foundation hosts fundraisers, solicits contributions by email and Internet, and makes direct appeals at many of the scientific lectures it presents.

There is also a “sister” not–for–profit organization in France called CIRIS with over 3000 members, most of them having successfully used the extracts, which help fund the research.

Ms. Beljanski: There is very little money and interest from the pharmaceutical companies for natural compounds. That’s why the mission of the Beljanski Foundation—researching natural compounds with rigorous scientific approach—is so unique, and I believe, so valuable to mankind.

Epoch Times: What are your next steps?

Ms. Beljanski: In collaboration with scientists at the University of California San Francisco we have recently initiated a series of experiments to study the potential of the Pao pereira extract for treatment of brain cancer, specifically glioblastoma.