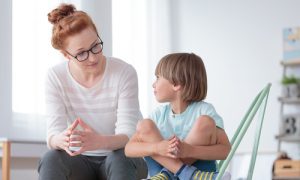 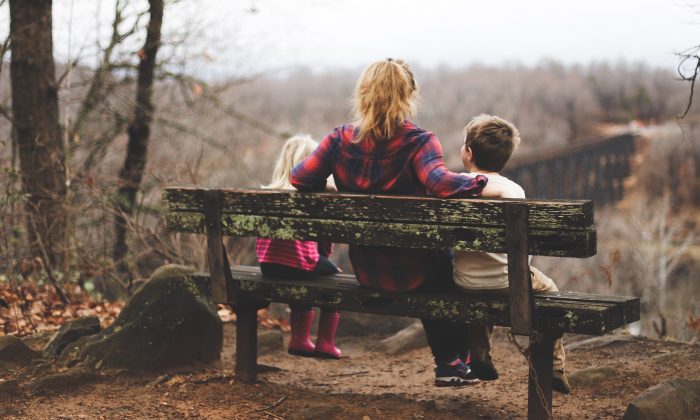 Children can mean the world to their parents, but sometimes that makes it hard to separate fact from emotionally-charged fiction. (Benjamin Manley/Unsplash)
Life & Tradition

How to Not Burden Our Kids With Our Own Emotional ‘Stuff’

Being a good enough parent is a bit like doing an Ironman triathlon—daily. The work that goes into staying aware of our own emotional “stuff” and not letting it leak into our relationship with our kids is tremendous.

I recently witnessed, again, how vital self-awareness and discernment are to good parenting. I’ve known my friend Dan (all names are changed) for a long time. Because he’s been in my life for decades, I’ve also known his kids since they were born and have my own relationship with his teenage daughter Kim.

On a recent walk, Dan was raging to me about an incident that had just occurred with Kim. Earlier that morning, Kim had been taking photos, and Dan, who knows a lot about photography, had offered a suggestion for how to frame her photos in a more rich and interesting way. Kim, who is 15, had gotten irritated with her father and rejected his suggestions, telling him to leave her alone so she could take her own photographs the way she wanted to.

I listened to my friend with mixed feelings. Ever since I have known Dan, he has shared the experience of not being valued for what he had to offer. I was aware that my friend had always felt unseen, unappreciated, and invalidated in his work.

This feeling was Dan’s own emotional entanglement—his “stuff.” And this “stuff” was being triggered by his daughter’s healthy need to make her own choices and create in her own way.

I felt sad for my friend and his desire to have his daughter appreciate him for all that he knew.

As Dan expressed his anger to me, I remembered conversations I had had with his daughter. She had shared how she felt controlled by her father, and said he could not let her do things her own way. She told me he had to constantly teach her something and show her what he knew. She was deeply frustrated that her father was always trying to improve her and could not simply let her be who she was. She felt she was relentlessly being fed the message that she wasn’t good enough.

Kim felt that when she took suggestions from her father, the whole experience became about him. She felt like she was somehow responsible for making her dad feel valued, important, and seen.

I knew all this as Dan carried on about Kim’s crimes and how she was deliberately rejecting his wisdom and expertise. When he got to the end of his rant and wanted me to validate his feelings, I was in a bit of a pickle. But because he is a dear friend, and because I love Kim, too, I shared my own views. I empathized with him about his frustration and anger. I tried to make space for the feelings of invisibility and dismissal that he was expressing. And then I offered another explanation for Kim’s behavior that contradicted his narrative, but that I hoped might lessen the sting of her rejecting his advice.

I reminded my friend that Kim was 15 and needed space to figure things out for herself. She did not think he was unworthy, as he believed. She was just trying to become a person in her own right and sometimes she felt his suggestions worked against her own process of growth.

I tried to be gentle with him and did not mention how this narrative of being unappreciated was common to his storyline, long before Kim appeared with her camera. I also left out my belief that he was accusing his daughter of intentions that didn’t belong to her. I knew Dan was raw and that feeling unvalued was his core wound.

Instead, I tried to add another explanation for Kim’s behavior that could bring a lighter perspective to the view he had constructed around his daughter.

The truth was that I felt compassion for both Dan and his daughter, and I wasn’t sure how to help the situation other than to hold up all the truths that coexisted.

I wanted to acknowledge Dan’s feelings of invisibility and his wish to be valued and teach his daughter, which was a healthy desire. I also wanted to acknowledge Kim’s need to be valued as she was, without improvement, or any requirement to validate her dad for his knowledge. I couldn’t sit by as my friend assigned of blame to his daughter and placed his own “stuff” on her. Kim had triggered his core wound, but not because she intended to. It had nothing much to do with him.

When I shared Kim’s experience with Dan, an experience that was radically different than the one he had assigned her, my fantasy was that he would suddenly feel a wave of fatherly compassion for his daughter. I half-heartedly imagined he would step out of his own ego defense story and feel empathy for his daughter’s experience of never feeling good enough, of always having to be better so her father could feel valuable and visible.

But I didn’t really think that scenario would happen and, indeed, it didn’t. My friend stayed stuck in his own narrative and exploded at me. By offering a different truth—namely his daughter’s—I had asked him to look at his own “stuff,” and challenged his version of reality. I asked him to open his heart to his daughter’s actual experience rather than the one he was constructing for her. This apparently was not what he wanted or needed, so we decided to convene again when he was calmer.

This experience made me think about how important it is for us parents to separate our “stuff” from what is actually true for our kids. We need to understand there is a world of difference from our experience and their’s. It’s difficult, but we need to let them coexist with dignity, as different as they usually are.

We’ve all been Dan at one time or another, and, when we were younger, we’ve all been Kim and had our parents’ “stuff” hurled onto us. I grew up in a home that sometimes felt like a house of mirrors, where I was rarely in a conversation that included my actual truth, but was instead framed by the projections of others, always saddled with something (a motive or viewpoint, for example) that someone else had assigned to me.

So when my friend Dan attached an intention to his daughter that belonged to his story and was not her truth, I felt my own wound flare up.

As parents, we are often triggered by something our child says or does. If we don’t catch ourselves in the moment or shortly thereafter, we can fall into its delusion and end up with a distorted view of our children that affects our relationship with them. They have the right to have their own truth seen and honored, their own intentions validated. If we can’t separate our own notions and baggage from reality, we see things through a tinted lens that denies us the possibility of a fresh and truthful relationship with our children.

When we are triggered by something and feel our emotions flare, or some old idea starts to take over our thinking, we can pause, feel the emotion, acknowledge the wound, and take the experience as an opportunity to bring ourselves compassion. Our kids offer us the gift to reflect on ourselves and hold ourselves to a higher requirement. We can pay attention to our reactions, reflect, and bring kindness to our own pain. They show us what’s buried in us. If we look, we can gain self-awareness, move beyond our ignorance and defensiveness, and avoid accidentally tainting our kids with our pain.

We can have a very real and strong experience, but that does not necessarily mean the other person is doing it to us. Their actions trigger something in us, and that reaction is our own. Their experience is undoubtedly very different than the experience we have. And both experiences are true and valid.

We each bring a history of ideas, notions, and storylines to each moment. We see and emphasize different things.

Our kids are discovering who they are. That’s tough enough without having to climb their way out of our own storylines.

Our greatest responsibility as parents, as important as showing up for all the softball games and dance recitals, is our self-awareness and willingness to take responsibility for our own “stuff” without putting it on anyone else, especially our children. In so doing, we offer our kids the dignity of deciding and discovering their own truth and having it heard openly and honestly.