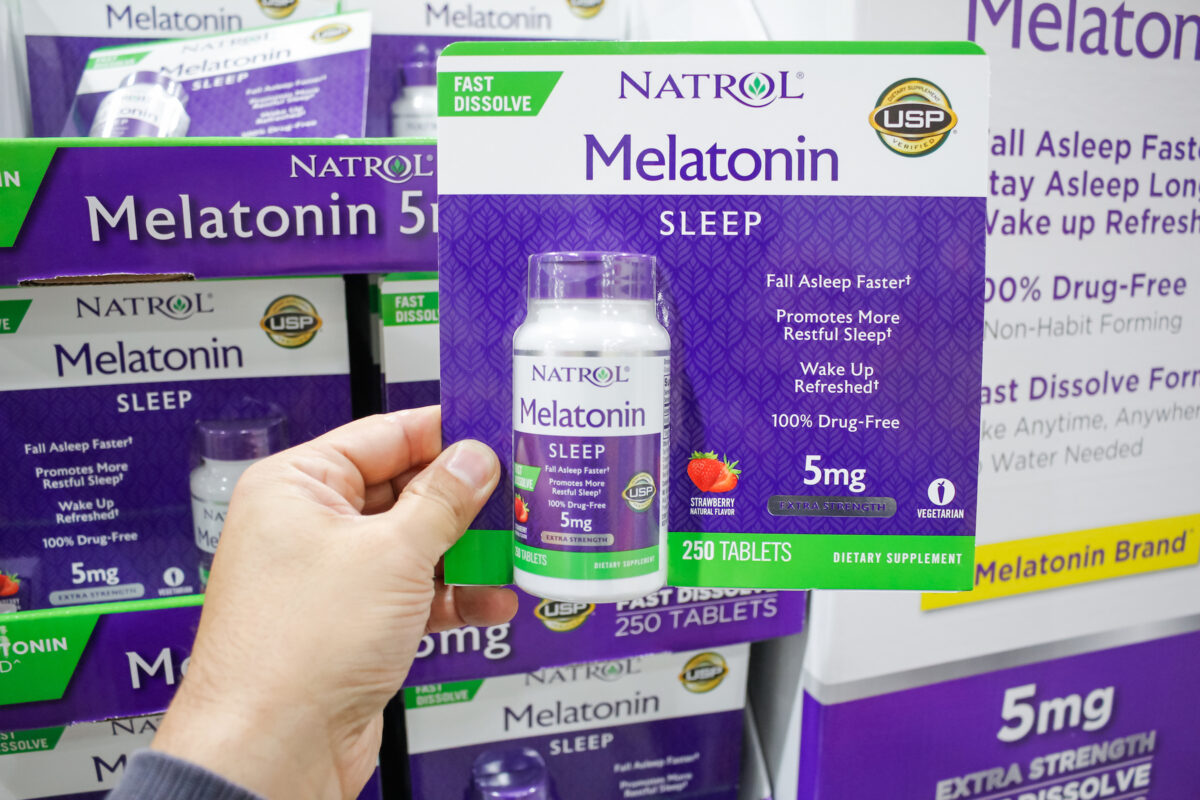 The ‘Sleep Hormone’ Could Heal the Brain

According to a recent report published in Alzheimer’s and Dementia Journal, Alzheimer’s disease – the sixth leading cause of death in the United States – claimed over 121,000 lives in 2019 alone, before the pandemic had swept the nation.  Meanwhile, the Alzheimer’s Association has released a sobering new statistic – deaths from Alzheimer’s disease and other forms of dementia have increased by a significant 16 percent since the onset of COVID-19.  However, a natural intervention for the condition is casting a ray of hope.

In a recent review article in the peer-reviewed journal Revue Neurologique, researchers report that the natural hormone melatonin shows exciting potential to prevent and even alleviate neurodegenerative diseases, such as Alzheimer’s and Parkinson’s disease.  In fact, the impressed scientists even concluded that “melatonin may be the solution we have been looking for.”

Why are they so hopeful about the neuroprotective effects of melatonin?  Let’s find out.

Melatonin, commonly known as the “sleep hormone,” is produced in the pineal gland in the brain.  This critical hormone regulates the circadian rhythms and the sleep-wake cycle while improving the overall quality of sleep.

Researchers have long believed that melatonin may improve memory and cognition.  And, the “proof is in the pudding.”  In an older – but still influential – placebo-controlled study published in Psychopharmacology, 50 young men were given a one-time, 3-mg dose of melatonin.

The effects were rapid, unequivocal, and clear-cut, with participants in the melatonin group able to recall more objects from a memorized list than those in the placebo group!  The researchers concluded that melatonin could suppress the stress-induced hormones that affect memory processing.

But does melatonin work for older individuals?

While melatonin exists in generous amounts in young people, it appears that supplies decrease with age.  The review authors noted that patients with Alzheimer’s disease have lower melatonin levels than healthy people of the same age – and that melatonin deficiency may play a vital role in the development of Alzheimer’s disease and dementia.  Raising melatonin levels in the body may not only combat age-related memory decline and cognitive impairment – but, the neuroprotective effects of melatonin may help slow the progression of neurodegenerative diseases.

Scientists point out that almost half of all Alzheimer’s patients have problems with sleep.  Lack of sleep is associated with increased plaque deposits of beta-amyloid, a protein strongly implicated in the development of the disease.

Melatonin promotes the type of refreshing sleep needed for efficient brain function and accurate memory, with clinical studies supporting the ability of the hormone to slow the progression of cognitive disorders.

The neuroprotective effects of melatonin can be attributed to many factors.  Melatonin appears to cushion the brain from the effects of “stress” hormones – such as epinephrine, cortisol, and norepinephrine – which can impair memory.  It also increases levels of a protein known as a brain-derived neurotrophic factor (BDNF), which increases the formation of neurons.

In addition, cell studies have shown that melatonin improves plasticity, the ability of the brain to change and adapt to new experiences.

Finally, melatonin is a potent antioxidant that scavenges harmful free radicals (reactive oxygen species) that would otherwise cause oxidative stress and damage to cells and tissues, thereby triggering disease.  Impressively, studies have shown that melatonin can even help to counter damage from memory-impairing drugs, including the chemotherapy drug fluorouracil and the anti-nausea medication scopolamine.  Researchers theorize that melatonin achieved this by promoting cell division in the hippocampus, the brain’s “memory center.”

Improve Sleep and Cognition With Melatonin

Natural health experts advise using a high-quality melatonin formulation from a reputable vendor, with typical amounts ranging between 0.5 mg and 10 mg a day.  To promote restful sleep, melatonin should be taken about 30 minutes before bedtime.

However, if you take melatonin to correct out-of-sync circadian rhythms over the long term, it should be taken two to three hours before bedtime.  Naturally, check with your integrative doctor before supplementing with melatonin.

As a “pro” tip: The amino acid tryptophan is needed for the body to produce melatonin.  You can raise your dietary intake of tryptophan with raw cheese, pasture-raised organic chicken, pumpkin seeds, and wild caught fish.

In addition to the devastating human toll of Alzheimer’s disease – such as loss of precious memories and the ability to function independently – the financial burden of this illness is staggering.  In fact, the national cost for Alzheimer’s and other dementias in 2021 is expected to clock in at $355 billion.

No doubt, the relatively inexpensive, non-toxic, convenient, and safe choice of consuming melatonin may well emerge as an effective natural intervention for this cruel health issue.