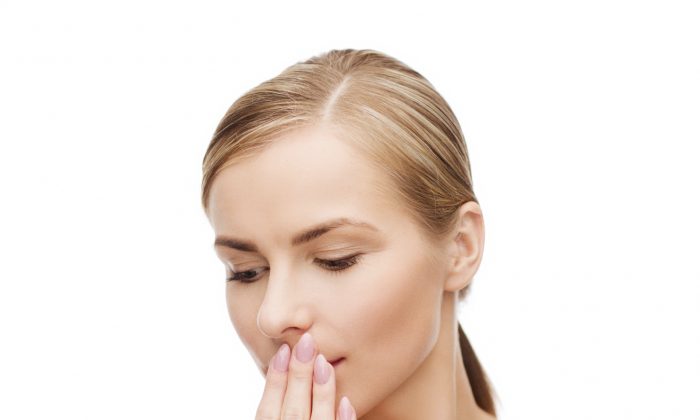 How Stress Sets Off a Herpes Cold Sore

Researchers have finally figured out how herpes reactivates when we—and our neurons—are stressed out. They also uncovered how brain cells are duped into allowing bits of virus to escape.

About 90 percent of the US population has the herpes simplex virus (HSV), which leads to cold sores, eye infections, genital lesions, and, in rare cases, inflammation of the brain. The closely related varicella zoster virus also causes chicken pox and shingles.

“The proteins we’ve shown to be important for viral reactivation are almost exclusively found in neurons, so they do represent a good therapeutic target,” says virologist Anna Cliffe, first and co-corresponding author of the study and a postdoctoral fellow in the department of cell biology and physiology at the University of North Carolina School of Medicine.

This research, conducted in the lab of UNC’s Mohanish Deshmukh and published in the journal Cell Host and Microbe, was accomplished using primary neurons from mice. But the researchers say the cellular pathways involved are found in human neurons.

Earlier research suggested HSV stayed dormant in neurons. Deshmukh’s expertise is in neuron survival and death. He wondered if HSV “chooses” neurons as hosts because brain cells are survivors; unlike other cell types, neurons are very wary of triggering cell death even if infected by a virus.

Cliffe’s expertise as a virologist allowed Deshmukh’s team to investigate how HSV reactivates in neurons. As a first step, Deshmukh and Cliffe figured out how to force the virus to go latent in mouse primary neurons in a dish and then to become reactivated. This allowed them to study specific cellular proteins that they suspected are involved in viral reactivation.

8 Tips to Bust Stress and Calm Down Quick

They wondered whether the virus was able to sense when the neurons were under stress and activate an escape pathway.

“When our bodies are stressed, we release high levels of corticosteroids—a natural hormone,” Cliffe says. “So, using it in this experiment was a good way to mimic what could happen to neurons under stress.”

As they studied the cells, they found that the JNK protein pathway was activated just before the virus began to leave neurons.

“We then used a chemical inhibitor to block the JNK pathway to see if that stopped viral reactivation,” says Deshmukh. “And it had a spectacular effect. When we inhibited JNK, the virus was no longer able to reactivate.”

Cliffe’s experiments show that the virus figured out a way to modify its chromatin—tightly packaged DNA that controls gene expression. This modification is rare in biology, Deshmukh says, but herpes uses this modification to express a bit of its DNA.

The virus generates just enough gene expression to cause a cascade of events that allows the entire virus to form outside the neuron and then propagate. From there, disease states such as cold sores and encephalitis are born.

The next step for Deshmukh’s lab is to establish this model of HSV infection and reactivation in human neurons, which has not yet been accomplished. If it can be, and if the JNK pathway is crucial for viral reactivation in humans, then it could be possible to develop treatments for the diseases that are linked to HSV, as well as its closely related viruses.

This article was previously published by UNC-Chapel Hill.  Republished via Futurity.org under Creative Commons License 4.0.