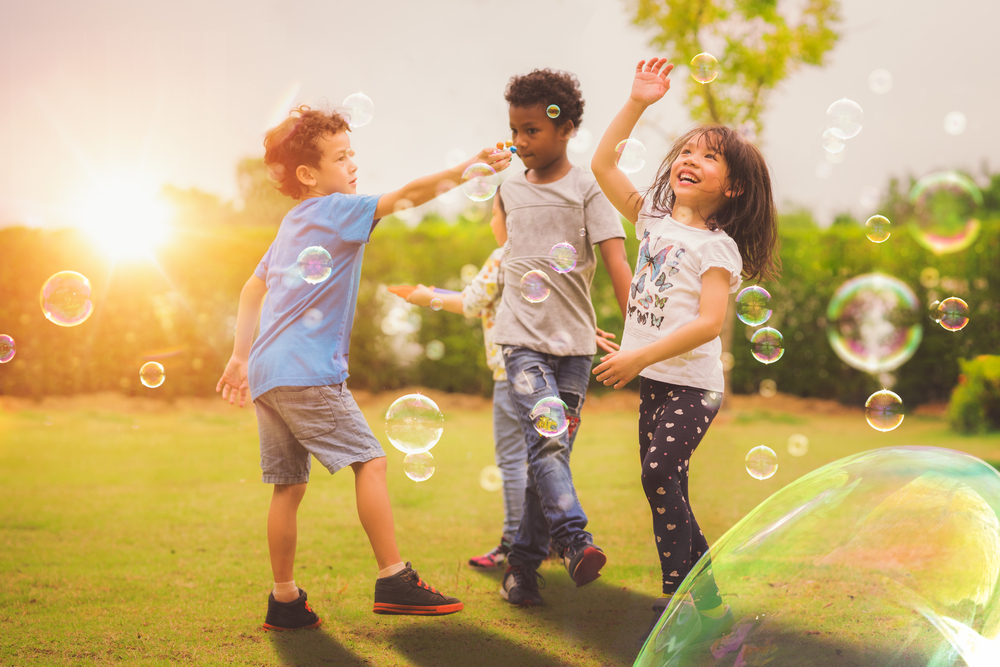 Learning and play go hand in hand when you are young, and children can learn a lot from playing. (Shutterstock)
Better Living

How Playfulness Develops and Spurs a Drive to Learn

Playfulness creates a loop: Feeling autonomous lets you get lost in the activity. Joyful tinkering leads to feeling competent, and you want to try it again.
BY Katrin Heimann TIMEFebruary 6, 2022 PRINT

Everyone talks about the benefits of playfulness for learning and development. But what do we do to become playful? What helps or hinders us on that road? And what is it like to stay on that road? If we can map out the path, including its obstacles and its benefits, it will be easier to create the circumstances under which children all of us can benefit from play. We might also better understand why and when attempts to become playful misfire, those moments when we see a chance to play and get creative, but it does not work out. We can come to see that this probably happens because one or more of the stepping stones is missing.

First, individuals at play need to feel autonomous. The choice about what to do, say, or make should belong to the player. It should not be claimed by another person who is orchestrating what is going on, whether an ambitious parent or a stressed boss at work.

Second, when people become playful, they lose themselves in what they are doing and become absorbed in the interaction. There is a blurring between them and the materials or the activity in which they are engaged. In tinkering with a material or a person, sensing the possibilities of an interaction by making them happen, it is no longer clear how a result came into being. Who built this tower? Who got that idea? Was it me, the other person, or the Lego bricks?  It was all of us.

Surprise is the third key feature of becoming playful. In the interactions described earlier, players tend to be less circumscribed by a set plan of what to do. They engage in actions not previously thinkable, which can introduce surprises. Things happen that are unexpected and have not been designed deliberately.

This unmapped exploration, leading to surprises, delivers the fourth feature of playfulness: a sense of increased competence. Surprising oneself is a big deal. In our research, we found that people gained an unexpected boost about what they felt able to do, and this motivated them to see how much further they could go.

Our research does not start with definitions or discussions of playfulness. Rather, we arrange an encounter and let people walk us through their experience of turning a specific situation into a playful interaction.

For example, in one study, we gave five small plastic bags to 22 adults. Each bag contained six Lego bricks of varying sizes. Four were yellow, one of which had an eye on either side,  and two were red. We then asked the participants to use the bricks to build five ducks across two rounds. In the first round, they were asked to build the ducks in ways that felt playful. In the second, they were encouraged to build them in ways that did not feel playful. Immediately after each round, we asked the participants how they had approached the task and what they had experienced during different parts of the process.

We found that the change of mindset made a big difference. When advised to become playful, participants said they felt a conscious need to become autonomous, to not think about the experiment but, instead, to do whatever they liked. Some even decided not to build ducks at all, but to construct cars or buildings or whatever they felt like.

In contrast, when asked not to be playful, participants told us they tried to get into a mechanical mode, building according to the instructions. Typically, they built five identical ducks, often the same as a prototype we had shown them.

They also described different ways of touching the Lego. Being playful seemed to make them engage in a more tentative way, sensing the bricks before beginning to build. Their sense of autonomy seemed to allow ideas to flow freely within this absorbed tinkering. It was as if the bricks took over, they said.

It was only when being playful that people surprised themselves with the novel-looking ducks that emerged. Being surprised by their own actions led them to feel competent. “Oh, I made this!” they said. They felt like they wanted to make more ducks that would be more novel and surprising. Because they felt autonomous, they would say, “Let’s do it again.” They were motivated to see what else they could make.

In contrast, very few participants described the non-playful condition as enjoyable and motivating. Following advice mechanically does not lead to many surprises. It might be somewhat fun to get faster at building, but such joy can quickly turn into boredom when confronted with an easy, repetitive task.

This experiment demonstrated how playfulness enhances and increases intrinsic motivation: it provides a drive to do things out of personal interest, not because of some external demand or incentive.

This fostering of an internal drive helps explain why learning is enhanced by playfulness. Learning requires motivation for individuals to return again and again and not get tired of what they are doing. Playfulness supports a virtuous circle of experimentation, creativity, and learning, which generates the personal rewards that encourage people to repeat the process again and again.

Enhance the features of playfulness

These experiments tell us that, if we want to support playfulness and learning, we should try to enhance the four stepping stones, or experiences, mentioned earlier: autonomy, absorbed interaction, surprise, and feeling competent. How do parents, teachers, and others responsible for supporting children’s (and adults’) development encourage these features?

Let us start with autonomy. In a kindergarten or other classroom, a teacher should explore the opportunities for children to be autonomous. Is the environment unnecessarily restrictive, forbidding, or intimidating? Which rules are absolutely necessary? Which could be replaced by more open frameworks? Some kindergartens have “yes” wrist-bands that represent a simple agreement: The child can do anything that day as long as his or her actions do not hurt anybody or damage equipment. Teachers love this simple idea, with many saying that it allows them to avoid constantly say “no” and thus interrupting or hindering play.

What about art galleries or even public libraries? Many feature a lot of rules for what visitors can or cannot do. People are expected to remain quiet and not interact with other visitors. They have to move carefully. They cannot eat or drink. There are alternatives: The Aarhus Library in Aarhus, Denmark, has large, dedicated playgrounds indoors and outdoors. It has a large café, but visitors can bring their own food and drink and consume them wherever they like. People of all ages and backgrounds mix and mingle there. For those who need silence, the library has soundproofed, silent reading and working rooms.

Similarly, Trapholt Museum in Kolding, Denmark. shows its permanent collection in a setting where visitors are asked to curate their own personal exhibition. They can view the artworks and if they like a particular one, hold a chip to its nametag that saves the details electronically. Visitors are then asked to create their own exhibition, starting with this artwork, creating a title, and bringing together other artworks that fit the theme or intention.

Once visitors have collected eight artworks, they can visit a virtual room to place them in an exhibition space that others can visit virtually. While the visitors have never touched any of the artworks, they have engaged with them, selected them, thought about them, brought them into relationship with each other, and placed them into their own exhibition. They have exerted agency and probably had fun. Often, strangers show their personal exhibitions to each other and laugh about their ideas.

How might children be encouraged to become absorbed with materials? Simply by offering them interesting materials and asking them to get engaged with them (without telling them precisely what to do). For example, an adult might roll out some old wallpaper in the yard and place finger paints nearby. He or she could tell the children that they cannot find the brushes and ask them to help find something else to paint with. Can they paint with a stick? With its sharp end only? How does it look if, instead, the stick is rolled over the paper? What about using leaves? Stones? Feet? Yes, it can get messy, but if the adult makes sure nothing valuable gets in the way, children will play for hours.

Adults should take care not to throw away children’s artwork after they are finished. Instead, they can hang it on a line to dry and next time, ask them to cut or rip the works into interesting pieces and glue them onto postcards to make birthday cards. Playfulness produces so many possibilities.

Adults should also think about what generates surprise. One day, my daughter and I were walking through a wooded area and I asked her, “What if everything we see stares back at us? Like the tree, for example.” She looked a bit puzzled. “The tree?” she asked. “Yes!” I replied. “But it has no eyes!” she answered. “Are you sure? I feel it sees us. And did you know that cabbages pull their leaves closer when snails are approaching?”

She giggled. And then she whispered, “The tree is my friend.” “How do you know?” I asked. “I can feel it! It likes my green trousers!” Then she came closer and whispered, “But I think the dandelions are afraid of Solveig (my second, 2-year-old daughter). They know she will feed them to the sheep.” I giggled, too. “But maybe it just tickles getting eaten?” I suggested. We went on for quite a while, going from surprise to surprise. And I found I learned a lot during this conversation.

Katrin Heimann is interested in subjective experience, the complex ways you and me and others perceive and interact with this world, and especially art and play, in any millisecond. Exploring this rich realm of sensations, thoughts, feelings and other resonances and micro-gestures of adults and kids via practices of radical listening and embodied thinking brings me surprise and joy every single day.

Katrin Heimann
Follow
Katrin Heimann is interested in subjective experience, the complex ways you and me and others perceive and interact with this world, and especially art and play, in any millisecond. Exploring this rich realm of sensations, thoughts, feelings and other resonances and micro-gestures of adults and kids via practices of radical listening and embodied thinking brings me surprise and joy every single day.
SHARE
Friends Read FreeCopyFacebookTweet
You May Also Like