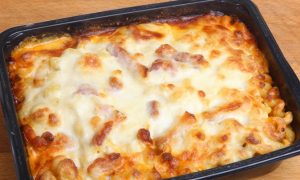 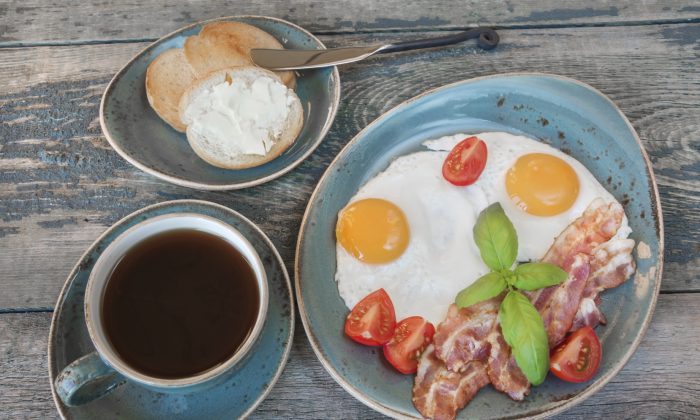 The Salt Myth – How Much Sodium Should You Eat Per Day?

“Salt is what makes things taste bad when it isn’t in them.” – Unknown

Sodium is one of those things that everyone “knows” is unhealthy… kind of like saturated fat.

The reason they do so, is that sodium is believed to increase blood pressure, a common risk factor for heart disease and stroke.

These are the two most common sources of death in middle- and high income countries.

The major health organizations recommend that we cut back on sodium:

So… there is definitely a consensus among these organizations that we should aim for less than 1500 mg of sodium per day, and definitely not more than 2300 mg.

Most people today are eating much more than that. The average intake of sodium is about 3400 mg, most of it coming from processed foods.

If these health organizations have their way, all of us need to make drastic changes in our food choices, start reading labels and start to actively restrict the amount of sodium in our diets.

I have to say, I’m skeptical… these health organizations do have a track record of getting things wrong in the past, such as the misguided low-fat dietary guidelines.

What sodium does in the body is to bind water and maintain intracellular and extracellular fluids in the right balance.

So is sodium really that bad? Do the studies show that reducing sodium intake actually leads to improved health?

And more importantly… if there are benefits to sodium restriction, are they important enough to be worth the obvious reduction in pleasure we will derive from our (now tasteless, salt-free) foods?

Sodium – What is it and Why do we Care?

Sodium is a crucial electrolyte in the body. Many foods contain small amounts of sodium naturally, but most of the sodium in the diet comes from salt.

What sodium does in the body is to bind water and maintain intracellular and extracellular fluids in the right balance.

It is also an electrically charged molecule, and along with potassium helps maintain electrical gradients across cell membranes, which is critical for nerve transmission, muscular contraction, and various other functions.

The body can NOT function without sodium. Period.

The more sodium we have in our bloodstream, the more water it binds. For this reason, sodium is thought to increase blood pressure (which it does, but only mildly).

If blood pressure is elevated, the heart has to work harder to push the blood throughout the body and there is increased strain on the arteries and various organs.

High blood pressure (hypertension) is a major risk factor for many serious diseases, like heart disease, stroke and kidney failure.

It is definitely true that reducing sodium can lower blood pressure, but the effect isn’t as strong as you may think.

Be aware that these numbers are only averages. Some people may have seen impressive reductions, while others little to no effects.

As with most things in nutrition, the results depend on the individual.

Sodium Restriction… Does it Even Work?

Doctors and nutritionists tell us to cut back on sodium because they believe that it will reduce our risk of serious diseases.

However, it’s important to keep in mind that blood pressure itself doesn’t kill anyone directly. It’s a risk factor, not necessarily a cause of disease.

Even though some intervention successfully lowers a risk factor, it doesn’t mean that this automatically reduces the risk of disease, especially if the intervention causes other adverse effects that outweigh the benefit.

When studies examine the effects of sodium restriction on actual disease, instead of just some marker, no statistically significant effects are found.

Another Cochrane review of 7 randomized controlled trials (the gold standard of research) noted that there is no effect on mortality or cardiovascular disease, even in individuals diagnosed with high blood pressure!

Other studies confirm these findings. There is no benefit to sodium restriction when it comes to preventing heart disease or death.

Too Little Sodium Can Cause Downright Harm

The health authorities do have an excellent track record of getting things wrong.

They’ve given us a lot of bad advice in the past, such as telling us to cut back on saturated fat and eat 50-60% of calories as carbohydrates.

It looks like the advice on sodium is bad advice too.

Not only is it probably useless for the majority of people, these guidelines may even cause downright harm.

Type II Diabetes: A study found that in patients with type II diabetes, less sodium was associated with an increased risk of death.

Hyponatremia: In athletes, a low sodium intake can cause hyponatremia, a sodium deficiency which can be very dangerous.

The Importance of Other Dietary Factors

There are many lifestyle factors that can influence blood pressure to an even greater degree than sodium restriction.

Some of them include the minerals magnesium and potassium, which you should be getting if you eat plenty of animals and plants.

Another way is to indulge in a bit of dark chocolate every now and then.

A low-carb diet lowers insulin levels, which causes the kidneys to excrete excess sodium from the body. Low-carb diets are an excellent way to reduce blood pressure and improve health.

And last but not least, exercise is a very powerful way to reduce blood pressure and will improve your health in more ways than you can imagine.

It seems fairly ridiculous to me to blindly focus on sodium, when there are so many other lifestyle factors that can have a much stronger effect.

How Much Sodium is Optimal?

If your doctor has recommended that you limit sodium for whatever reason, then by all means continue to do so.

However, for people who are generally healthy and want to stay healthy, there doesn’t seem to be any reason to be even remotely concerned about moderate intakes of sodium.

Studies actually show that the effects of sodium may follow a J-shaped curve. Too little and too much are both harmful, the sweet spot is somewhere in between.

Also be aware that if you’re on a low-carb diet, your sodium requirement may go up.

It is probably best to consume unrefined varieties of salt, such as sea salt and Himalayan pink salt. They also contain various trace nutrients that may be important.

Given that most people get most of their sodium from processed foods and that studies on sodium restriction don’t show any benefit, then I’d like to propose this radical approach to optimizing your sodium intake.

No obsessive counting of milligrams required: