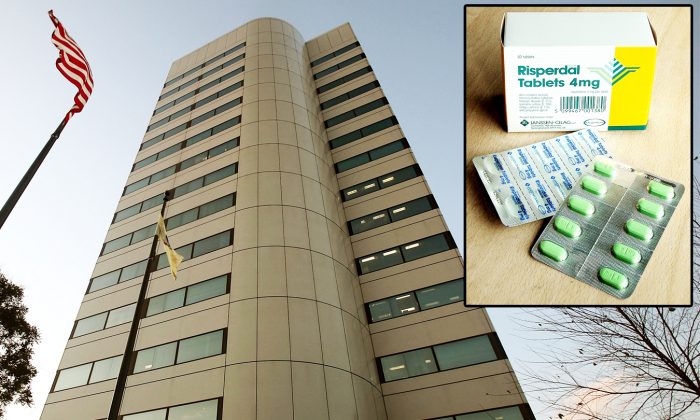 After an 18 month investigation into the high cost of Gilead’s hepatitis C drug Sovaldi—initially listed at $84,000 for a course of treatment, or $1,000 per pill—the Senate Finance Committee said the prices did not reflect the cost of research and development (R&D) and that Gilead cared about “revenue” not “affordability and accessibility.” That sounds like an understatement.

Sovaldi, and the related pill Harvoni, cost Medicare and Medicaid more than $5 billion in 2014, said senators.

But Gilead is far from the only drug company camping out on our tax dollars. In the 2000s, atypical anti-psychotics were widely prescribed to children with behavior problems enrolled in Medicaid programs, provoking lawsuits from states as their budgets were sacked.

In 2008, the Texas attorney general’s office charged Risperdal maker Janssen (Johnson & Johnson’s psychiatric drug unit) with defrauding the state of millions “with [its] sophisticated and fraudulent marketing scheme,” to “secure a spot for the drug, Risperdal, on the state’s Medicaid preferred drug list and on controversial medical protocols that determine which drugs are given to adults and children in state custody.” The same year Alaska won a $15 million settlement from Eli Lilly in a suit to recoup medical costs generated by Medicaid patients who developed diabetes while taking Zyprexa.

Taxpayer dollars are also churned by drug companies in military health programs. The Department of Veterans Affairs spent $717 million on five million prescriptions of Risperdal to treat post-traumatic stress disorder (PTSD) in troops deployed to Afghanistan and Iraq only to discover after nine years that the drug worked no better than a placebo, reported the Journal of the American Medical Association (JAMA) in 2011.

In Texas, a Medicaid “decision tree” called the Texas Medical Algorithm Project was instituted that mandates that doctors prescribe the newest and most expensive psychiatric drugs first. The program was funded, not surprisingly, by the Johnson & Johnson-linked Robert Wood Johnson Foundation.

Another tactic that drug companies use is “helping” states buy their own brand name drugs.

An Eli Lilly-backed company named Comprehensive Neuroscience has “helped” 24 state use Zyprexa “properly,” reported the New York Times. “Doctors who veer from guidelines on dosage strengths and combinations of medications for Medicaid patients are sent ‘Dear Doctor’ letters pointing out that their prescribing patterns fall outside the norm,” it reports. Doctors are also notified if patients are not renewing prescriptions, lest they have “setbacks in their condition.”

One such program sends registered nurses to the homes of patients who are on expensive brand drugs to ensure “compliance”—that they have not stopped taking the drugs.

According to New York Times columnist Nicholas Kristof, the drug industry spent $272,000 in campaign donations per member of Congress last year and has more lobbyists than there are members of Congress itself! Even before Gilead’s hepatitis C drug, the result of this lobbying is a $50 billion annual taxpayer gift to the drug industry, says Kristof—a fact that should outrage every taxpayer.