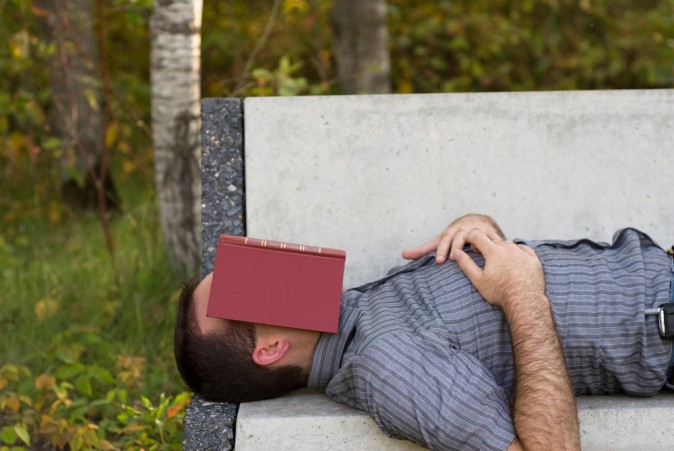 How Long Is the Ideal Nap?

The frequency of daytime napping increases with age, and up to 70 percent of older adults around the world take daytime naps. A review of the world’s scientific studies shows tremendous disagreement on whether daytime napping is healthful or harmful (JAMA, Nov 20, 2019;322(22):2158-2159). Different studies show that habitual nappers:

When you first fall asleep, your eyes are still. This is called Non Rapid Eye Movement (NREM) sleep. Then your eyes start to move rapidly from side to side, called Rapid Eye Movement (REM) sleep. During sleep, you move back and forth between REM and NREM sleep. REM sleep helps to restore memory and other brain functions. REM sleep increases markedly after staying awake for long hours and after exercising.

When you sleep, the nerves in the brain regenerate, as evidenced by increased cell division, new synthesis of protein, and getting rid of breakdown waste products of brain metabolism. There is evidence that you learn most new things while you are awake, but you process this knowledge and learn how to use new knowledge better shortly after you wake up. When you miss regular sleeping periods, you lose part of your ability to recall and remember things. I learned this in the seventh grade when I found out that I could remember things far better just after waking up from a nap. Since then, I have always taken a nap before I do all my important reading and writing.

In one study, a 45-60 minute nap improved memory recall for word pairs five-fold. These results were supported by improved sleep spindles on an EEG brain wave test that signify better memory recall. Naps as short as 10 minutes can revive memory and alertness. People who take afternoon naps have better memory recall than those who do not nap. As a general rule, people who nap for longer than two hours a day are likely to suffer from memory loss called cognitive impairment, while those who nap for fewer than two hours per day have improved memory. Daytime napping can have a negative effect since it may interfere with normal nighttime sleep. The most beneficial time to nap for memory is just after lunch, between noon and 3PM, and the worst time to nap for memory is in the evening.

Napping is healthful unless a person’s brain or heart is damaged so they require a lot of extra sleep (Heart, Sep 2019;105(23):1793-1798). People who take naps lasting longer than two hours are far more likely to suffer serious heart disease than those who take shorter naps or no naps at all, and people who nap longer than two hours have increased risk for diabetes as well as for heart attacks. Excessive total sleep time appears to be a marker for serious heart disease and brain disease. Those who take daytime naps in addition to sleeping more than six hours every night are more likely to suffer heart attacks than nappers who sleep less than six hours at night (Eur Heart J, 2019;40:1-10).

• Napping during the day for 10 minutes up to two hours is healthful and can protect memory and other brain functions, as long as you don’t sleep too much at night (total sleep time more than eight hours).
• The most memory-beneficial time to nap appears to be just after lunch.
• If you find that you require frequent daytime napping for more than two hours in addition to getting more than six hours of sleep at night, you may need a checkup to see if you have some medical condition that is harming your brain or your body.
• I believe that you should nap for an hour or two after you take a vigorous exercise workout because it will help your brain and muscles to recover faster for your next workout.
• Several studies show that you will be more efficient in performing difficult memory and thought-processing work just after you wake from a nap, or when you get up in the morning after a good night’s sleep.

This article was originally published on DrMirkin.com