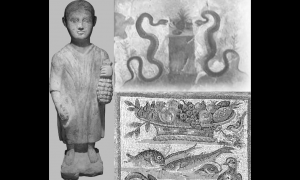 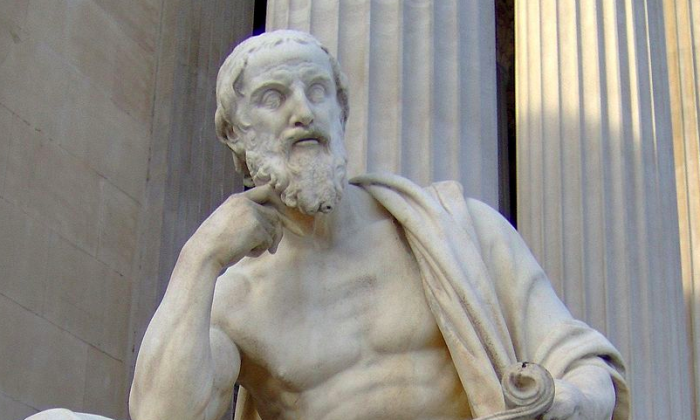 How 3 Ancient Geniuses Created What We Call History

The topic of leadership leads to one of humanity’s great, ongoing debates: Do circumstances and events shape a person to become “great,” or does a great individual shape events and circumstances?

Three innovative, entertaining writers originated the study of history thousands of years ago, exploring different sides of that question. All three agreed that studying important leaders offers marvelous examples to the rest of us—if we pay attention. Today, in a time of dissension and questioning of values and institutions, their timeless lessons offer us clarity and direction.

The title “Father of History” usually goes to the Greek writer Herodotus, who first used the term “history”—which, in Greek, means “inquiry.” Sometime around 425 B.C., Herodotus became the first writer to attempt fact-based research in order to ask what happened and why. When possible, he verified facts by interviewing eyewitnesses—but it wasn’t always, since he was writing about events that had happened a generation or two before his time.

His main topic was the war that had preserved that exciting, new Greek invention, “democracy,” from destruction by the powerful, dictatorial Persian empire. Democracy itself had been at risk, and Herodotus set out to tell the story. But most participants were dead by his time, so some “facts” were more easily verified than others. As he put it, “I am bound to tell what I am told, but not in every case to believe it.” He added wittily, “Very few things happen at the right time, and the rest do not happen at all.”

Herodotus came down squarely on the side of events shaping individuals: “Circumstances rule men; men do not rule circumstances.” But he was fair-minded enough to admit that “it is sound planning that invariably earns us the outcome we want; without it, even the gods are unlikely to look with favor on our designs.”

Herodotus wrote history “so that the actions of people will not fade with time.”

“Happiness is not fame, or riches, or heroic virtues, but a state that will inspire posterity to think, in reflecting upon our life, that it was the life that they would wish to live.” He boldly stated that “the only good is knowledge, and the only evil is ignorance.”

Herodotus’s countryman and successor, Thucydides, would dig even more deeply, both into facts and into their meanings. Thucydides had an advantage over Herodotus: He was part of the story he told. Half a century after the Greek war against Persia, the two leading Greek cities in that war, Athens and Sparta, began a war against one another for control of the Eastern Mediterranean. This war is known as “The Peloponnesian War,” the name originating from the area around Sparta called the Peloponnese. Thucydides, an Athenian naval commander, was removed from command for unjust reasons, an event he turned to our advantage: He began to write a book, “The History of the Peloponnesian War.”

He wrote, “History is philosophy teaching by examples,” and he became one of the most fascinating and quotable analysts ever to explore a topic.

No one has ever written more brilliantly about the follies and tragedies of human strengths and weaknesses, and especially about war. “When people are entering a war, they do things the wrong way around. First, they take action, and it is only when they have suffered that they begin to think,” he wrote. His study of one war became an analysis of all wars: “The real cause of all these evils was love of power, operating through greed and personal ambition.”

Thucydides may be the shrewdest student of human nature of any historian. Feeling that “most people … will not take the trouble in finding out the truth, but are much more inclined to accept the first story they hear,” Thucydides determined to be the one to tell that first story. He said, “It will be enough for me … if these words of mine are judged useful by those who want to understand clearly the events which happened in the past, and which—human nature being what it is—will at some time or other, in much the same ways, be repeated in the future. … My work … was done to last forever.” And it has.

If Herodotus studied the importance of circumstances, Thucydides looked at human nature and blind fate as determining outcomes: “The longer a war lasts, the more things tend to depend on accidents.” He stressed the importance of individuals, both for good and evil.

Good: “The whole earth is the tomb of famous men. Not only are they commemorated by columns and inscriptions in their own country, but in foreign lands there dwells also an unwritten memorial of them, graven not on stone but in the hearts of men. Make them your examples.”

Bad: “Love of power, operating through greed and through personal ambition, was the cause of all these evils. To this must be added the violent fanaticism that came into play once the struggle had broken out. Leaders of parties … had programs that appeared admirable, but in professing to serve the public interest, they were seeking to win prizes for themselves. The citizens who held moderate views … were destroyed by both the extreme parties.”

He warned, “The State that separates its scholars from its warriors will have its thinking done by cowards, and its fighting by fools.” He added that knowledge alone was insufficient if an educated person could not express the lessons: “A person who has the knowledge, but lacks the power clearly to express it, is no better off than if he never had ideas at all.”

Thucydides wrote with wit (“A collision at sea will ruin your entire day”) and with compassion (“When will there be justice in Athens? There will be justice in Athens when those who are not injured are as outraged as those who are.”). He achieved his goal: a masterpiece offering lasting, useful, quotable wisdom. But it would be one of his successors who would offer the ultimate testimony of the vital importance of great individuals.

His name was Lucius Plutarchus, but the world knows him as “Plutarch.” A Greek living in Rome about 2,000 years ago, Plutarch was the ultimate believer in “The Great Men and Women of History” side of the dispute. In his masterpiece “Lives of the Noble Greeks and Romans,” he told thrilling stories of the leading figures of ancient Greece and Rome.

While paying close attention to the situation in which each individual existed, and acknowledging the limitations those situations placed on the people, Plutarch asserted that great leaders reshaped these events. He went on to insist that history must teach us how to live better lives, or it is both less interesting, and of little use. Plutarch set out to examine the people who accomplished important things, both for good or ill, so that his readers might avoid or follow these examples.

His method was brilliant and original: He paired off stories of a leading Greek and a leading Roman. First telling (wonderfully!) the story of each, he then compared them, exploring what made each person more or less great. Thus, he moved beyond facts and into the realm of human behavior and life lessons, which he explored with profound wisdom.

His students are still among us in modern times. American president Harry Truman, one of the greatest students of history ever to occupy the White House, said: “Plutarch knew more about politics than all the other writers I’ve read put together. When I was in politics, there would be times when I’d try to figure somebody out, and I could always turn to Plutarch. … Nine times out of 10, I’d find some ancient fellow just like the one I was trying to work with, and then all I had to do was use what had happened before as an example.”

Truman then summed up for us what those three timeless historians—Herodotus, Thucydides, and Plutarch—all knew about the entertaining elements and the profound usefulness of studying history: “Human nature doesn’t change. The only thing new in the world is the history you don’t know.”

Jim Weiss’s story recordings have received more than 100 major awards and are staples in households and educational venues around the world. For more information, visit JimWeiss.com