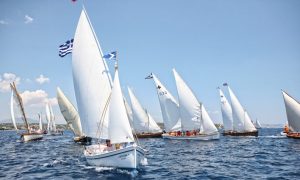 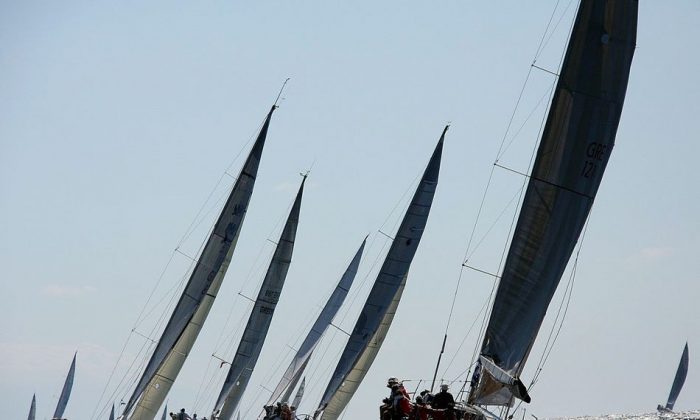 Hopes for a Cretan Sea With All Sails Up

With the birth of a new annual regatta, Crete could become the next hotspot for sailing
By Mihaela Lica Butler

CRETE, Greece—Elias Kovatzis, a sailing instructor based in Naytathlitikos Omilos Gaziou, winner of the first ever Cretan Union Cup regatta, which took place last October, has high hopes for the future. He envisions a Cretan Sea with all sails up, and hopes that sailing will inspire focus, virtues, inner power, and self-purity in children, and all those who embrace this fine sport.

The first ever Cretan Union Cup regatta was a great success for the locals on the North coast of Crete. As a commemorative event, marking 100 years of uninterrupted unity with Greece, and celebrating ancient Minoan sailing traditions, the regatta attracted a fair amount of media mentions internationally as well. But counting the sails, spectators, participants and organizers must have understood that there was room for more.

“Greece is a very good sailing destination,” Kovatzis told Katerina Ramoutsaki, Executive Coordinator at Lato Boutique Hotel in Heraklion, after the race. He added; “Especially in Crete there could be two or three regattas per year, and change the destinations every time. There are nice ports to see apart from the four big ones – Rethymnon, Chania, Heraklion, and Agios Nikolaos – there are also nice smaller ports like Georgioupoli, and Bali. I hope to see the Cretan Sea with all sails up in the near future.”

If you only count 19 sailing boats participating in the event, it’s hard to see it as a success. However, it was a very good start, an event attended by hundreds of locals and tourists visiting Crete at that time. Their enthusiasm proves that regattas have a future in this part of the world.

This regatta was a joint initiative by the Region of Crete, the Hellenic Sailing Federation, and local nautical groups. Organizationally, it was a flawless event, according to Kovatzis, who sailed aboard of “El Viento,” but it could be better next year if the organizers reach out to more sailing clubs around the world to participate.

Regattas are more than mere competitions at sea. “Sailing as a sport, gives people confidence, focus, virtues, inner power, and self-purity. It makes you a whole better person. These are the values we should teach our children, and of course we should try to bring more people closer to this fine sport,” said Kovatzis.

The real success of the Cretan Union Cup was the courage to start what could become a cherished local tradition, with potential to shape the future of sailing on the Cretan Sea. The organizers now have the responsibility to make it better next year, and the time to start planning for the next event is now.

Some of the sponsors participating in 2013 will support the event in 2014 too, but the regatta needs more to be appealing for international spectators. Besides sails at sea, the regatta should have events for all ages on shore too, like shows, concerts, and traditional Cretan cuisine.

To reach out to more participants, the organizers should send out invitations now, to allow sailing clubs to include the regatta in their schedules for 2014. There should also be more prizes from participating sponsors too. In 2013, the only sponsor giving something extra to the winner, on top of the official prize, was Lato Boutique Hotel, which offered the winner a stay in the hotel’s Executive Suite overlooking the Venetian fortress of Rocca al Mare and the harbor. It may not sound like much, but it was appreciated by Kovatzis, who was familiar with the hotel before its recent refurbishing and renovation phase:

“It is a fact that Lato Boutique Hotel has gone a long way in these couple of years. We are very happy that we are given the opportunity to stay here.”

This shows great potential for sponsors: participating, they could gain more customers, simply by making a positive contribution to the event.

The Cretan Union Cup 2013 was a start. Will Kovatzis see his dream at the next edition?