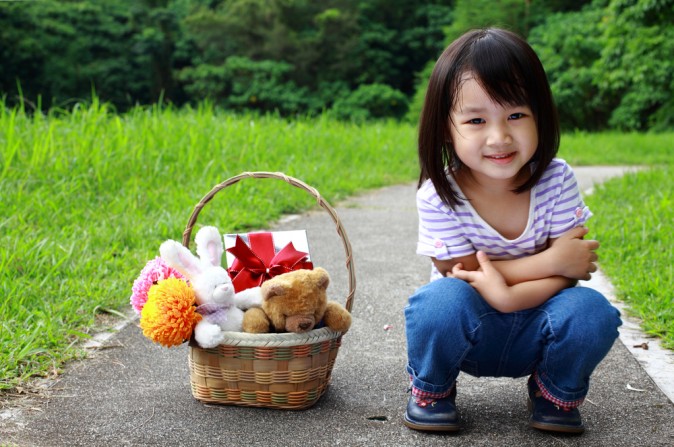 Children born to mothers with high vitamin D levels during pregnancy are significantly stronger at four years of age, according to a study conducted by researchers from the University of Southampton and published in the Journal of Clinical Endocrinology and Metabolism in January.

“Muscle strength peaks in young adulthood before declining in older age and low grip strength in adulthood has been associated with poor health outcomes including diabetes, falls and fractures,” Dr. Harvey continued. “It is likely that the greater muscle strength observed at four years of age in children born to mothers with higher vitamin D levels will track into adulthood, and so potentially help to reduce the burden of illness associated with loss of muscle mass in old age.”

Prior research has shown that low vitamin D status can lead to lower muscle strength in both children and adults, but the current study is one of the first to examine whether a pregnant woman’s vitamin D status has a similar effect on her children. The study is part of a larger effort to determine how a pregnant mother’s health affects the lifetime health of her offspring.

“This study forms part of a larger programme of research at the MRC Lifecourse Epidemiology Unit and University of Southampton in which we are seeking to understand how factors such as diet and lifestyle in the mother during pregnancy influence a child’s body composition and bone development,” researcher Cyrus Cooper said.

“This work should help us to design interventions aimed at optimising body composition in childhood and later adulthood and thus improve the health of future generations.”

Suboptimal vitamin D levels are widespread among pregnant women in the United Kingdom, the United States and many other countries. This would be an issue of concern even if vitamin D had no particular effect on pregnancy outcomes: vitamin D is important for healthy bones, teeth and immune function, and has been linked to lower risk of autoimmune diseases, cardiovascular disease, diabetes and cancer.

But research shows that vitamin D status also has serious implications for pregnant women and their children. According to a 2008 study in the Journal of Clinical Endocrinology & Metabolism, vitamin D deficiency increases a woman’s risk of the potentially fatal birth complication preeclampsia by 400 percent. Low vitamin D levels in mothers can also lead to low levels of calcium in their infants, producing seizures in the first few months of life.

Studies from the Medical University of South Carolina have shown that a daily vitamin D supplement dramatically reduces the risk of premature delivery, and others have found that low vitamin D may lead to increased rates of tooth decay in early childhood.

Although researchers formerly worried that vitamin D supplements could cause birth defects, these concerns were debunked after it was shown that the birth defects in question were actually caused by a genetic defect affecting vitamin metabolism.