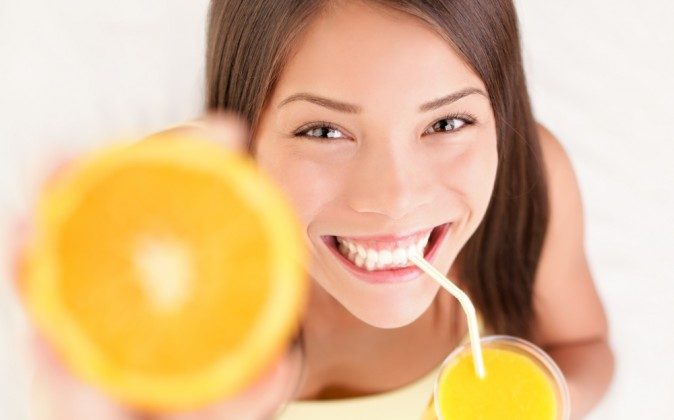 Scientists at the University of Kansas Medical Center have determined that high doses of vitamin C, administered intravenously with traditional chemotherapy, helped kill cancer cells while reducing the toxic effects of chemotherapy for some cancer patients.

By evaluating the therapy in cells, animals, and humans, the researchers found that a combination of infused vitamin C and the conventional chemotherapy drugs carboplatin and paclitaxel stopped ovarian cancer in the laboratory and reduced chemotherapy-associated toxicity in patients with ovarian cancer. The results of their study have been published in the journal Science Translational Medicine.

“In the 1970s, ascorbate, or vitamin C, was an unorthodox therapy for cancer. It was safe, and there were anecdotal reports of its clinical effectiveness when given intravenously. But after oral doses proved ineffective in two cancer clinical trials, conventional oncologists abandoned the idea.

“Physicians practicing complementary and alternative medicine continued to use it, so we felt further study was in order,” explained the study’s senior author, Qi Chen, Ph.D., assistant professor in KU Medical Center’s Department of Pharmacology, Toxicology, and Therapeutics and the Department of Integrative Medicine.

“What we’ve discovered is that, because of its pharmacokinetic differences, intravenous vitamin C, as opposed to oral vitamin C, kills some cancer cells without harming normal tissues.”

The researchers’ clinical trial involved 27 patients with newly diagnosed Stage 3 or Stage 4 ovarian cancer. All of the participants received conventional therapy with paclitaxel or carboplatin, while some were also treated with high-dose intravenous vitamin C.

Researchers monitored the participants for five years. Those patients who received vitamin C tended to experience fewer toxic effects from the chemotherapy drugs.

In laboratory rodents, the scientists observed that vitamin C was able to kill cancer cells at the concentrations achievable only by intravenous infusion, with no observable toxicity or pathological changes in the liver, kidney, or spleen.

Given this current polarization of thought, the researchers sought to understand the cellular mechanisms by which pharmacologic vitamin C manifests its therapeutic benefit in cancer.

“We aimed to investigate the mechanisms of vitamin C-induced cell death in the laboratory. And in patients with ovarian cancer, we conducted an early phase clinical trial examining safety and toxicity of high dose intravenous vitamin C. We now have a better understanding of vitamin C’s anti-cancer action, plus a clear safety profile, and biological and clinical plausibility with a firm foundation to proceed,” Drisko said.

“Taken together, our data provide strong evidence to justify larger and robust clinical trials to definitively examine the benefit of adding vitamin C to conventional chemotherapy.”