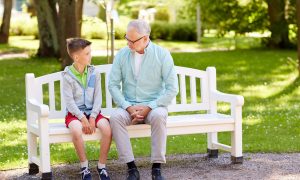 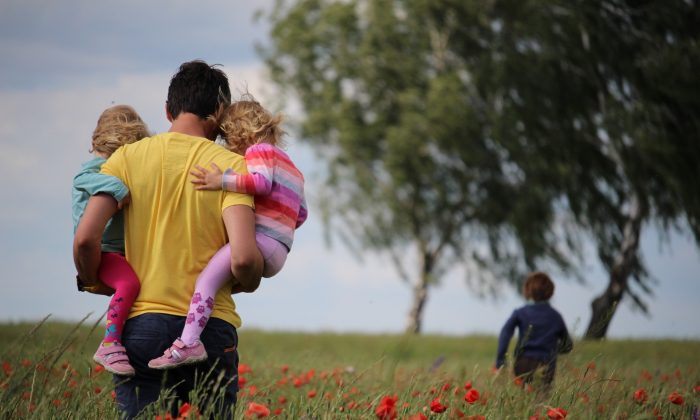 How do we encourage fatherhood? (Juliane Liebermann on Unsplash)
Family & Home

‘Hey, Dad! We Need You!’: On Fatherhood and Family

As a teenager, I would spend a few hours of my autumn weekends watching football on television. Sometimes, when a break in play occurred, the camera would scan a team’s bench, where some player, realizing he was on the air, would smile, wave his hand, and shout, “Hey, Mom!” or “I love you, Mom!”

Rarely did any of the players say “Hey Dad!”

Back then, I found this neglect of fatherhood strange. Why were only mothers worthy of a wave and a smile? Why not a shout-out to Dad or to Mom and Dad?

Only much later did it occur to me that the fathers of some of these players might have gone missing, uninvolved in the lives of their sons.

Over the past few decades, millions of dads have walked out on their families or have distanced themselves from their children, and the damage done by those absent fathers is staggering. In his online article “Statistics on Fatherless Children in America,” Wayne Parker cites a study from the U.S. Department of Justice that shows, among other things, children from fatherless homes account for 63 percent of youth suicides, 90 percent of runaways, 85 percent of students with behavioral disorders, and 71 percent of high school dropouts.

Unfortunately, and in tandem with this phenomenon of absent fathers, some academics and social critics have at the same time assaulted and battered the traditional meaning of manhood—and by extension, that of fatherhood. Radical feminists routinely describe our society as patriarchal and believe, as did Karl Marx, that the family is oppressive. Certain commentators label what were once considered masculine virtues as “toxic masculinity.” Google “fathers aren’t necessary,” and you will find some writers in agreement with that proposition.

Despite these voices, most research concludes that families with loving mothers and fathers provide a more stable environment for growth and learning than their fatherless counterparts. Even in the case of divorce, the dad who remains connected to his children has the opportunity to guide them along the sometimes-rocky path to adulthood.

For most of us, this research comes as no surprise. After all, men and women bring different skill sets to the art of parenting. Here is one small example. Years ago, some television show I was watching featured an episode where a news crew filmed mothers and fathers in various public parks encouraging their toddlers to descend a sliding board. The moms stood beside the top of the board, as close as possible to their children, encouraging them with kind words, reaching up to take them by the hand if they were reluctant, and in some cases removing the frightened child from the slide.

Not so the dads. They typically stood at the bottom of the slide, clapped their hands, and called out their encouragement as exhortations, “Come on, come on—you can do it!” If one of the kids asked to be taken from the slide, the dad showed much more resistance than the mom, shaking his head and repeating, “Come on, come on, don’t be afraid. I know you can do this!”

So how do we help make that happen? How do we encourage fatherhood?

Certainly our politicians and celebrities could lend a hand in that endeavor by stepping up to a microphone and explain the vital importance of responsible, intentional fathers to the family and to the nation.

We might also consider supporting organizations like the National Fatherhood Initiative, whose “vision is for every child to grow up with an involved, committed, and responsible father.” The National Center for Fathering, an organization with a similar goal, offers online resources to encourage and help fathers, a weekly email, and workshops aimed at dads.

But real change is engineered much closer to home.

We can offer our thanks and appreciation to fathers who have made a difference in our lives, who taught us how to ride a bike, helped us figure out word problems in seventh-grade math, gave us a hand buying our first car.

Father’s Day is the perfect occasion to express our gratitude. It’s the day we take Dad to lunch, fire up the grill for burgers and dogs, and give him presents and a card. All to the good. But best of all we can tell him what he has meant to us, face to face if possible, by phone if necessary.

And if we are fathers ourselves? We can take a vow this Father’s Day to become better exemplars to our children, even if they are adults. We can remind ourselves that in our keeping is this most precious of gifts—our children—and strive more fiercely to be good role models for them.

And what of those fathers who have lost contact with their children? Those children who have broken with their fathers? Father’s Day can be the time to tear down the walls and connect again. If wrongs were committed, this is the day to write a letter or make a phone call, and express remorse. If mistakes were made, this is the day to try and rectify those mistakes. There’s no guarantee of success, but if we don’t try, then failure is certain.

And what of those damaged daughters and sons whose fathers were alcoholics, or who abused them, or who abandoned them at birth? They can take the power of that negative example, and make themselves the best of fathers or mothers.

Frederick Douglass famously stated, “It is easier to build strong children than to repair broken men.”