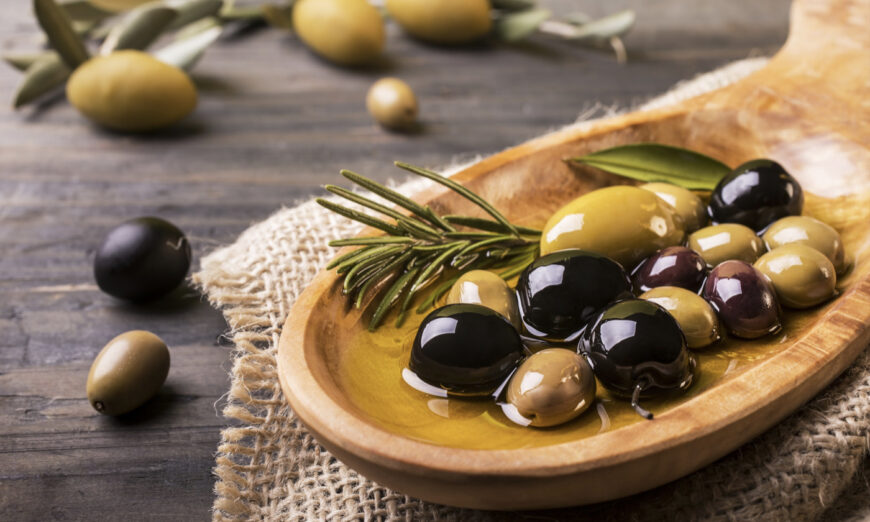 As early as the 16th century, the Chinese medicine classic “Compendium of Materia Medica” compiled by Li Shizhen, a medical scientist of the Ming Dynasty, already recorded that olives "produce body fluid, quench polydipsia, treat sore throats, and as a chewable pharyngeal juice can relieve all poisons resulting from eating fish and crabs." (Shutterstock)

Cancer is the second leading cause of death in the United States, and younger and younger people are developing the disease year by year. And as awful as the disease is, treatments such as chemotherapy and radiation therapy also can be excruciating.

A Harvard study published in the Journal of the American College of Cardiology in January suggests one way to better avoid a fatal cancer diagnosis is to consume olive oil. The study found that people who consume more than seven grams (0.25 ounce) of olive oil per day exhibited a significantly lower risk of death.

Studies have found that olive oil not only has the effect of preventing cardiovascular and cerebrovascular diseases and anti-oxidation, but also contains a special compound that can make cancer cells die quickly without harming normal cells.

An earlier study, published in the journal “Molecular and Cellular Oncology,” used human cancer cell lines in culture and found that the oleocanthal in olive oil can make cancer cells die within one hour.

One of the authors of the study, American nutritionist Paul Breslin, explained how the mechanism works.

Oleocanthal, a phenolic compound, can puncture a cell’s lysosomes. These organelles or “organs” of a cell break down or digest and dispose of cellular waste. Lysosomes are enlarged in cancer cells and also contain more waste. When the enzymes in lysosomes are subsequently released, they break down the organic material needed for life, causing the cancer cells to die from a lack of nutrients.

This phenomenon occurs in various cancer cell types observed by the team.

The team also found that oleocanthal didn’t damage healthy cells, but rather put them into a dormant state from which they were reactivated after approximately 24 hours with no negative effects.

The researchers said their findings “provide evidence that the anticancer benefits of EVOO [extra virgin olive oil] result, in part, from the ability of OC [oleocanthal] to rupture lysosomal membranes in cancer cells leading to cell death via necrosis and/or apoptosis.” The study may provide the mechanism of action to explain olive oil’s anti-cancer effects.

The Mediterranean diet is the healthy dietary pattern best known by nutritionists today. Incidentally, a key component of it is the daily consumption of olive oil.

As early as the 16th century, the Chinese medicine classic “Compendium of Materia Medica” compiled by Li Shizhen, a medical scientist of the Ming Dynasty in China, recorded that olives “produce body fluid, relieves polydipsia, treats sore throat, and chewing pharyngeal juice can help detoxify all poisons from fish and crab.” If women take olive oil as part of their daily diet, it can also enhance skin elasticity.

As olives have a special characteristic of tasting bitter at first bite and then gradually turning sweet, traditional Chinese medicine calls them a “faithful fruit” or “remonstrative fruit,” which is a metaphor for saying faithful admonitions are always unpleasant for the ears at their first deliberation but will turn out to be beneficial to the listener in the end.