Low Vitamin B12 May Increase Risk for Bleeding Strokes 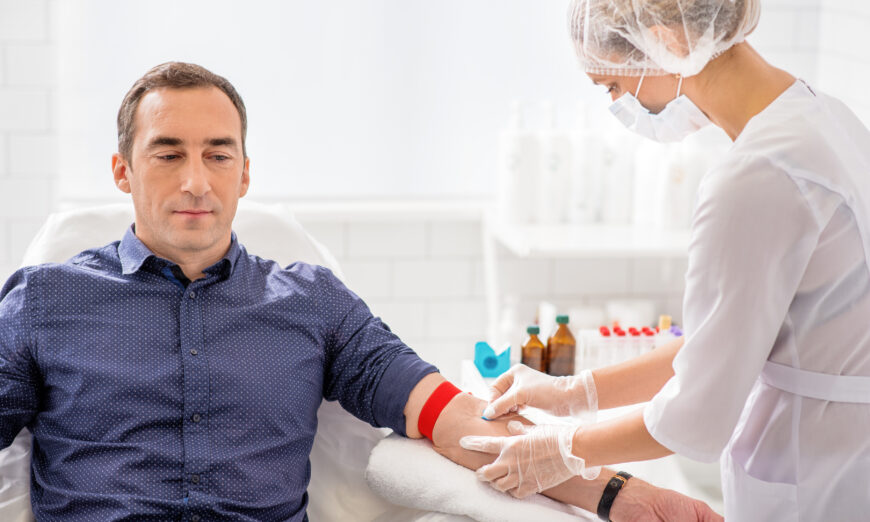 A surprising study from the UK shows that vegetarians and pescatarians (those who eat fish but not meat) appear to be at increased risk for suffering bleeding strokes, even though they are at reduced risk for heart attacks and are not at increased risk for clotting strokes (Brit Med J, September 2019;366:l4897). Researchers followed 48,188 healthy people, average age 45, for an average of 18.1 years.

The subjects were classified as:

• meat eaters,
• fish eaters who ate no meat, and
• those who ate neither meat nor fish.

In agreement with most previous studies, this study showed that, compared to meat eaters, the fish eaters had a 13 percent reduced rate of heart disease and the vegetarians had a 22 percent lower rate. The meat eaters also had a significantly higher rate of conditions that can cause heart attacks and strokes: high blood pressure, diabetes, high cholesterol and obesity. The authors did not check blood levels of nutrients in patients in this study, but vegetarians are at high risk for deficiencies of vitamins B12 (Med J Aust, 2013;199(4):S27-S32), vitamin D (J Ayub Med Coll Abbottabad, Jan 2013;25(1-2):152-5) and in poorer countries, other B vitamins and amino acids, the protein building blocks.

About 90 percent of strokes are caused by clots blocking blood flow to the brain and 10 percent are caused by bleeding into the brain (Stroke, 1993;24:35–41).The most potent risk factors for clotting strokes are high blood pressure, arteriosclerosis, and an irregular heartbeat called atrial fibrillation. A high-plant diet that restricts meat and processed foods is associated with decreased risk for strokes and for heart attack risk factors that include obesity, high blood pressure, high cholesterol and diabetes (Curr Atheroscler Rep, 2012;14:300–306). A plant-based diet helps to reduce stroke risk by reducing high blood pressure, sodium to potassium ratio, atrial fibrillation, overweight/obesity, diabetes, atherosclerosis, cholesterol, systemic inflammation, endothelial function, and TMAO; and by increasing endothelial progenitor cells (J Geriatr Cardiol, May 2017;14(5):321–326).

Sources of Vitamin B12 and Vitamin D

Plants do not contain vitamin B12, so a vegetarian can get B12 only from eggs, milk, yogurt, cheese, and B12-fortified foods, or supplements. Deficiencies of vitamin B12 are common, even in people who are not vegetarians. For example, people who take pills to reduce stomach acidity are at very high risk for B12 deficiency (Nature, June 2017). The stomach produces a chemical called intrinsic factor that helps absorb Vitamin B12 from food. Infections such as Helicobacter pylori can damage the stomach to prevent the production of intrinsic factor and interfere with vitamin B12 absorption. Vitamin B12 deficiency can cause weakness, tiredness, lightheadedness, heart palpitations, shortness of breath, memory loss, dementia, nerve damage such as numbness or tingling, and many other problems.

Plants are a very poor source of vitamin D, so vegetarians who do not get enough vitamin D from sunlight can get some from eggs, mushrooms, foods fortified with vitamin D, or supplements.

We do not know why a plant-based diet may increase risk for bleeding strokes, but if you are a person who eats mostly a plant-based diet, you are at risk for suffering a deficiency of vitamin B12, vitamin D, and amino acids. With aging you can lose a lot of your ability to absorb B12. I recommend that you get blood tests for B12 and hydroxyvitamin D with your yearly physical examination. If you have a deficiency of B12, you also should get blood tests for methylmalonic acid and homocysteine. Check with your doctor.

Gabe Mirkin
Sports medicine doctor, fitness guru and long-time radio host Gabe Mirkin, M.D. brings you news and tips for your healthful lifestyle. A practicing physician for more than 50 years and a radio talk show host for 25 years, Dr. Mirkin is a graduate of Harvard University and Baylor University College of Medicine. He is one of a very few doctors board-certified in four specialties: Sports Medicine, Allergy and Immunology, Pediatrics and Pediatric Immunology.
SHARE
Friends Read FreeCopyFacebookTweet
SHARE
Friends Read FreeCopyFacebookTweet
You May Also Like