How to Consolidate Your Memory During Sleep 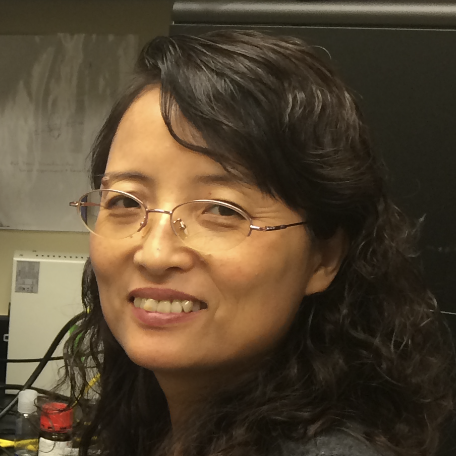 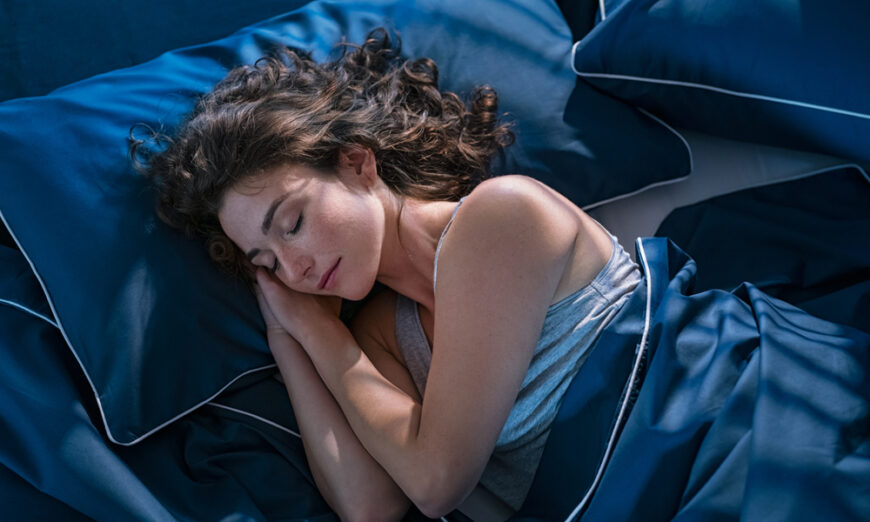 Official recommendations on the number of hours one should sleep (based on age) do exist, but only about 35 percent of American adults meet the number. Lack of sleep not only affects one’s health, but also dramatically affects memory capability.

So how many hours do we need to acquire everyday for a better quality of life and clear mind?  Can we find methods to accomplish the function of sleep, but use minimum hours of our precious time everyday?

A newly published study in the Proceedings of the National Academy of Sciences (PNAS) has made a major breakthrough in explaining how memory is reactivated during sleep.

This is the first investigation that records brain electrical activity directly inside the patients’ brain, unlike previous research recording electroencephalogram (EEG) captured by electrodes attached on the patients’ scalp.

The authors concluded that there was critical memory processing that took place during sleep, and that sleep is an ideal state for memory consolidation, given the patients had reduced sensory and little executive function.

Understanding that memories are replayed during sleep can optimize normal learning and memory processes and treat memory-related disorders.

How the Study Was Done

Five patients voluntarily participated in the study in the University of Chicago Epilepsy Center. Electrode probes were implanted into their brain for the purpose of monitoring treatment results for their seizure disorders.

Researchers observed a learning process, during which the patient learned the location of a set of common objects on a laptop computer screen. Each object was present simultaneously with a concurrent sound closely associated with the object.

After learning, the patients were required to sleep in a hospital room, where 10–20 sounds they learned in the daytime were played quietly during their sleep, and their brain electrophysiological responses were recorded.

When the patients woke up, the researchers found systematic improvements in the spatial replicating results. The patients could more accurately point out the remembered locations on the laptop screen. Their mean delay reaction time in post-sleep test reduced 77 percent, and the recall accuracy rate increased 16 percent compared with controls.

A scientific review published in April 2022 in the Journal of Epilepsy & Behavior summarized that sleep and long-term forgetting in Alzheimer’s disease were tightly interconnected, and sleep disturbances were highly related with cognitive decline and memory loss.

The reason for the memory problem is partly from circadian disruption, and sleep disturbances impair the memory consolidation process and result in cognitive decline.

It is a bit of a “chicken or egg” relationship. Sleep disorders contribute to poor memory and consequently poor cognition, but poor cognition also contributes to poor sleep.

The authors reviewed publications related to sleep and cognitive disorders from the past 10 years, and they found that there was a negative correlation between them.

The review highlighted that slow-wave sleep is essential for memory consolidation.

Another review paper, “About Sleep’s Role in Memory,” characterizes sleep as a brain state optimizing memory consolidation, while the waking brain is optimized for encoding memories.

Previous research concentrated on the interaction of rapid-eye-movement (REM) sleep and memory maintenance, but more recent work focuses on the role of slow-wave sleep in the memory consolidation processes.

Memory consolidation is based on the reactivation of recently encoded information, which occurs during slow-wave sleep, and integrates the information into long-term memory.

The authors summarized that sleep was an active consolidation of memories, rather than a passive protection from memory being overwritten by interfering external stimulus.

Sleep is composed of five stages: awake, N1, N2, N3, and REM. Stages N1 to N3 are progressively deeper sleep stages, and they are considered non-rapid eye movement (NREM) sleep. Approximately 75 percent of sleep is spent in the NREM stages, with the majority spent in the N2 stage.

N2 (Stage 2) is deeper sleep compared to the N1 stage of NREM, with the drop of heart rate and body temperature. In the EEG recording, sleep spindles and/or K complexes are present. Sleep spindles play an important role in memory consolidation, while K-complexes function in maintaining sleep and memory consolidation. Stage 2 sleep lasts about 45 percent of total sleep.

N3 (Stage 3) is the deepest NREM Sleep, also known as slow-wave sleep. It lasts about 25 percent of total sleep. This is considered the deepest stage of sleep and is characterized by brain waves with lowest frequency and highest amplitude, known as delta waves. This is the hardest stage during which to wake someone.

Slow-wave sleep plays an important role in cerebral restoration and the recovery in humans involved in the maintenance of sleep.

The consolidation of memory thus takes place by the repeated reactivation of the new memories during sleep periods, and the new memories are gradually strengthened and adapted to preexisting long term memories.

How to Consolidate Memory During Your Sleep

The body cycles through REM and NREM sleep stages approximately four to six times each night, averaging 90 minutes for each cycle. Sleep quality and time spent in each sleep stage may be altered by aging, circadian rhythm, depression, brain trauma, medications, etc.

Research found that poorer quality of sleep is associated with poorer quality of memory. The sleep-dependent consolidation of memories takes place in the slow-wave sleep period that is preferentially involved in the memory formation process.

How to best consolidate memory may vary from person to person, but the general principles are below:

NIH-funded scientists suggested that studying new information right before sleep could help to stabilize memories in the brain during the deep stages of sleep or slow-wave sleep.  However, if you do not sleep right after you learn, the ability to retain the memory could drop by up to 40 percent.

Though you try to retain memories moment by moment during the day, most of the information will be forgotten afterwards.

Therefore, it is an efficient way to remember the most difficult information by reviewing before sleep, and your brain can take time to consolidate and strengthen the memory during your sleep.

Long-term memory formation is an active consolidation process during sleep. It takes time to gradually transform and integrate information into the existing neocortical networks.

More specifically, the ability to form and retain memories has been linked to the presence and integrity of slow wave sleep.

Furthermore, there was a positive correlation between the amount of slow-wave sleep associated with hippocampal activity and the next-day improvement in route-retrieval performance, suggesting an association between reactivation and offline memory improvement.

An implication of the data presented above is that sleep, and slow-wave sleep in particular, appears to be associated with an increase in episodic declarative memory consolidation.

To achieve the better results of memory consolidation, you have to obtain the N2 stage of sleep, which occupies 45 percent of your total sleep hours. For an average 90-minute sleep cycle for four to six times of sleep stages, there are approximately 160- to 240-minute deeper sleep hours that benefit your memory consolidation.

Theoretically, 25 percent of the slow-wave sleep belongs to the non-arousal hours. For an adult, there is an average 90-minute sleep cycle for four to six sleep cycles, therefore, approximately 90- to 120-minute sleep cannot be interrupted.

In total, you may need at least approximately 240 to 360-minutes, or four to six hours, of sleep to better achieve the results of memory consolidation.

How to get High Quality Sleep

During slow-wave sleep, the person is in a deep sleep state and cannot be roused, which usually indicates a high-quality sleep period.

A consistent bedtime routine is a set of activities you perform in the same order every night in the 30 to 60 minutes before you go to bed. It can vary, but often include relaxing activities, for example, taking a warm bath, reading, journaling, or meditation.

A good habit of a sleep routine prepares your body with the expectation of sleep time. Going to bed and getting up at the same time every day reduces your body’s stress from environmental and mental changes. It in turn improves your sleep quality.

Mindfulness-based stress reduction (MBSR) is a meditation-based therapy that can be used for stress management and also for alleviating sleep disturbances.

A systematic review summarized publications and reports available May 2020, and concluded that practicing meditation helps one gain emotional calm, a sound sleep pattern, and reduction of stress, tension, and anger. In addition, the slow-wave sleep delta activities in the brain were tremendously increased.

Sleep is essential to cope with emotional stress in everyday life, but, in turn, emotion impacts sleep. Insufficiently regulated daily stress results in sleep disturbances, and the emotional reaction during waking hours affects the quality of sleep. Coping well to the extreme emotion can eliminate the sleep disturbance.

Extreme emotion is a nervous stimulus for sleep. All emotions, including anxiety, worry, joy, sadness, or depression, etc., can disturb sleep and make it difficult to fall asleep or wake up. Reading scriptures, praying, or reading inspiring stories can help to calm down your body irritation and bolster spiritual support.

The comfort level of your sleep environment can aid relaxation of the body, and make it easier for you to fall asleep.

Turn off your cell phone, computer, or other devices that can interrupt your sleep. Keep your sleep hours private and non-interrupted to keep your sleep sound and consistent.

Consult your doctor on treating difficult body conditions; the advice may help improve the situation, and in turn help you calm down your nerves and improve your sleep quality.

Stephanie Zhang
Stephanie Zhang, PhD, has over 20 years' research experience in neuroscience and toxicity. She is a former research scientist in The Memory Impairment and Neurodegenerative Dementia (MIND) Center at The University of Mississippi Medical Center.
SHARE
Friends Read FreeCopyFacebookTweet
SHARE
Friends Read FreeCopyFacebookTweet
You May Also Like