10 Deeper Causes of Tinnitus, and How to Treat It 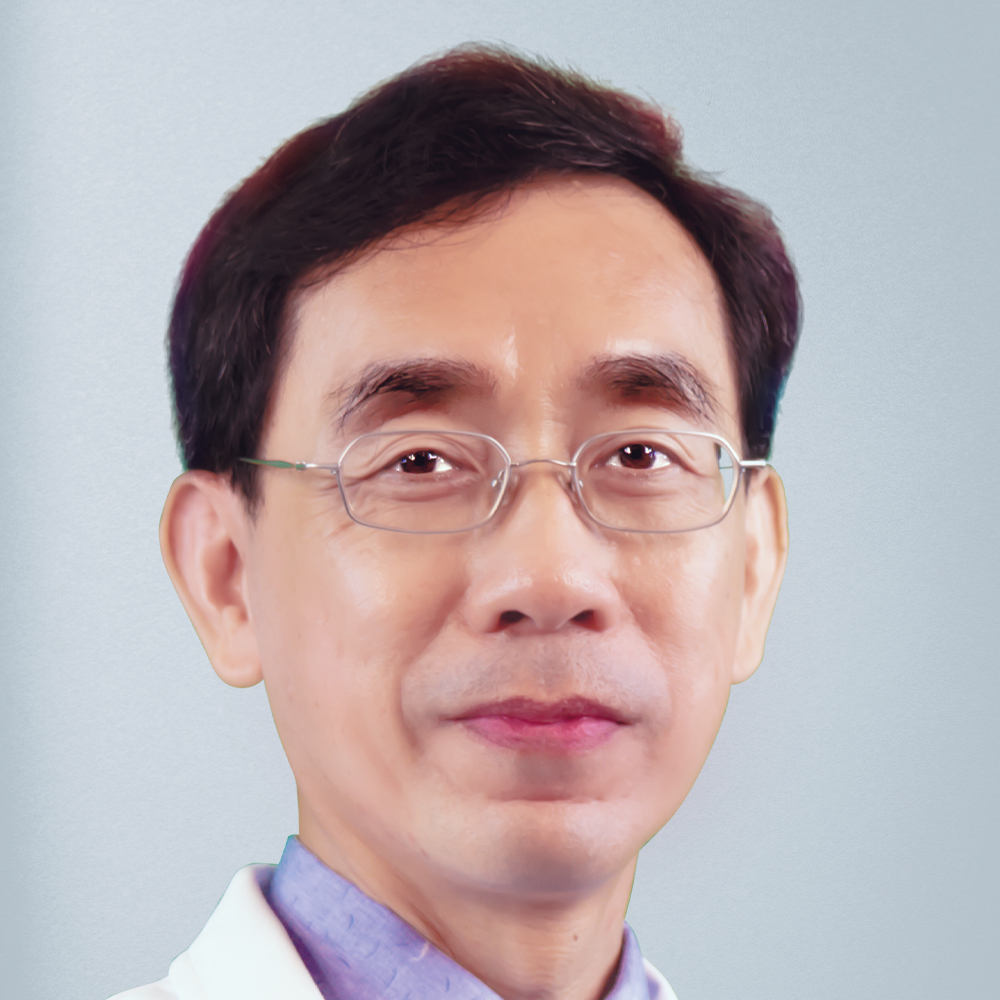 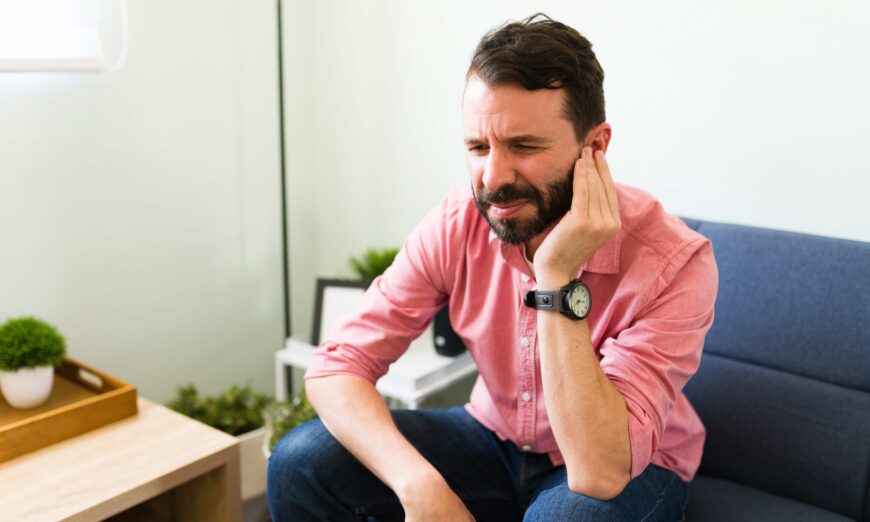 Ear ringing, or tinnitus medically, is hearing sounds that come from inside your body instead of external factors. (Shutterstock)

Ear ringing is no fun. Ear ringing, or tinnitus medically, is hearing sounds that come from inside your body instead of from external sources.

Although it is often called ear ringing, some patients may hear other sounds, such as buzzing, humming, whistling, and hissing.

According to NHS Inform, some patients may hear noises that “beat in time with their pulse,” which is Pulsatile Tinnitus. The sounds can come from one or both ears. Tinnitus sounds can be constant, intermittent, or steady.

According to an article published by the Harvard University of Medicine, pulsating tinnitus is more likely to occur in older people. Older people’s blood circulation tends to be more turbulent in arteries. The walls of arteries may have hardened over time.

Traditional Chinese Medicine practitioner Dr. Wu Kuo-pin says that tinnitus and loss of hearing are common, and studies have found that people begin losing their hearing at age 50.

A quarter of the world’s population aged 50-65 have a hearing impairment. Over half of the 85-year-olds have hearing issues.

Is There a Cure?

Harvard Medicine stated that evaluating the underlying problems for treating tinnitus is vital: “Tinnitus can be a side effect of many medications, especially when taken at higher doses.”

The study also showed that musculoskeletal factors, such as jaw clenching and tightening, tooth grinding, or muscle tension in the neck, could aggravate tinnitus symptoms.

Wu said there are challenges in treating hearing damage clinically. There are no blood tests or developed equipment available yet to give a proper diagnosis.

The other reason is that tinnitus is a complex topic, as other illnesses usually trigger it. To treat ear ringing, we must find the root cause of it.

Wu said physicians must tend to other symptoms within each patient’s body to treat tinnitus effectively.

While many symptoms might look as if they are irrelevant, they can be the key to the treatment. The following 10 medical case studies show how Wu treats his patients and improves tinnitus, partial deafness, difficulty hearing, or ear blockage, using acupuncture over time.

Case Studies of Acupuncture for Tinnitus

A 45-year-old female, Patient A, had tinnitus, and she mentioned a painful spot on her ear just above her earlobe, where the acupoint Auditory Convergence is. Dr. Wu focused on the pain point and treated it with local acupuncture. Her tinnitus disappeared after the treatment.

A 57-year-old male, Patient B, had tinnitus for three years. Acupuncture in the head, hands, and feet was ineffective. But when the doctor touched his needle at Valley Lead at 45 degrees before pinning the needle, the ringing stopped immediately.

The biliary meridian is the most important meridian for the treatment of tinnitus. The Auditory Convergence Point and the Valley Lead Point happen to be on the path of the biliary meridian and are close to the ear, so they are more effective in treating tinnitus.

The study of “Caspian J Intern Med” in 2018 also found that acupuncture is effective in reducing the loudness and severity of tinnitus and can be a useful treatment for non-pulsatile chronic tinnitus, and recently in 2022, a piece of research provided the neurophysiological evidence for acupuncture treatment of tinnitus clinically.

Patient C wanted some relief from her ear ringing so she looked for a hot pack to apply to her ear. She ended up using a warm hard-boiled egg. To her surprise, it worked.

Wu said that one can use other ways of hot compressing, but the advantage of using an egg is that it keeps the heat in, and stays heated longer.

People who often have insomnia will find the muscle ligament behind the neck strained. When treating Patient I, Dr. Wu targeted the bones under the skull, Completion Bone (GB12), Peaceful Sleep (EX-HN22), Wind Pool on both sides (GB20), Celestial Pillar (BL10), and Hair Clip (EX-B2) on both sides of the cervical spine.

Some patients with similar issues found that acupuncture therapy reduced their tinnitus or double hearing.

Double hearing is a form of hearing loss that usually causes the patient to receive echoing sounds due to the sound traveling from one ear faster than the other.

Ears feeling “stuffy” can be due to blockage at the back of the head or poor blood circulation of the posterior mastoid process (a pressing pain on acupoint completion bone, GB12)

Eustachian or auditory tube obstruction inside the ear can cause the pressure in the middle ear to unbalance, resulting in ear ringing or stuffiness.

Patients usually describe their symptoms as unsound, hollow, muffled, or separated. Additionally, if the surrounding is loud or in a confined space, patients’ ears might feel exceptionally swollen or painful.

The combination of these acupoints will quickly unblock the Eustachian tube and subside ear and nasal congestion.

6. Improper curvature of the cervical spine

A 58-year-old, patient, E, has lived with double hearing for 40 years. His Western medical physician had diagnosed him with congenital double hearing. When he first arrived for a consultation, the primary complaints were stiffness, soreness behind his neck, headache, bloating, eye tiredness, and poor sleep. And double hearing in both ears. Dr. Wu’s diagnosis showed that the Patient’s cervical spine was too straight and had lost its natural curvature.

Patient F has been suffering from ringing in his ears for three years. However, the tension in his neck started to loosen through neck workouts and muscle relaxation created by Dr. Wu. One day, as he was exercising his neck, he felt a click. A misaligned joint from the cervical spine corrected itself, lessening his ringing by 80 percent.

A 65-year-old, Patient G visited Dr. Wu, who has been suffering from tinnitus for many years. He had previously had acupuncture around the ears, hands, and feet, but it was ineffective.

Since the Patient often has a stuffy nose due to severe allergies, Dr. Wu added needling on Upper Welcome Fragrance (HN8) in addition to the previous acupuncture points. The Patient finally found relief from his ear ringing.

Dr. Wu found that patients who suffer from prolonged insomnia or rage are prone to liver and gallbladder inflammation.

Ear ringing in this type of patient tends to be much louder and roars like a machine. Dr. Wu aimed to treat Patient H’s acupoints of Great Surge (LR3), Hill Ruins (GB40) and Suspended Bell (GB39) to remove the heat (inflammation), resulting in significant improvement.

For those with palpitation, tightness in the chest, shortness of breath, or poor digestive system, Dr. Wu gave treatment on the hands and feet to repair energy and blood circulation and restore the balance of the internal design of the heart, spleen, and lungs.

Healthline stated that Qi deficiency is the root cause of many common illnesses also in the West, such as chronic fatigue syndrome, diabetes, indigestion, and menstrual pain.

An 80-year-old woman lost her hearing entirely in both ears after the flu. In the first week of her visit, Dr. Wu began from her head, around the ears and the limbs, with no success.

So after thorough consideration of her old age and deficiency in her kidney and brain marrow, the practitioner added food therapy to her acupuncture treatment plan. He prescribed a therapy food formula for the 80-year-old. After consuming a stew with two Chinese herbs of anemone altaica and davallia mariesii and pig kidney for a week, the patient could hear the doorbell ring.

Other than the above acupuncture method, Dr. Wu suggested addressing additional acupoints on Peaceful Sleep (EX-HN22), Celestial Pillar (BL10), and Hair Clip (EX-B2) on both sides of the cervical spine.

Based on the severity of the Patient’s symptoms, pinpointing additional acupoints for patients’ physical wellness, such as spleen, kidney, or liver, enhances the efficacy of their treatment plans.

Dr. Wu Kuo-Pin
Dr. Wu Kuo-pin is the superintendent of Taiwan Xinyitang Heart Clinic. In 2008, he started to study traditional Chinese medicine and obtained a bachelor’s degree from China Medical University in Taiwan.