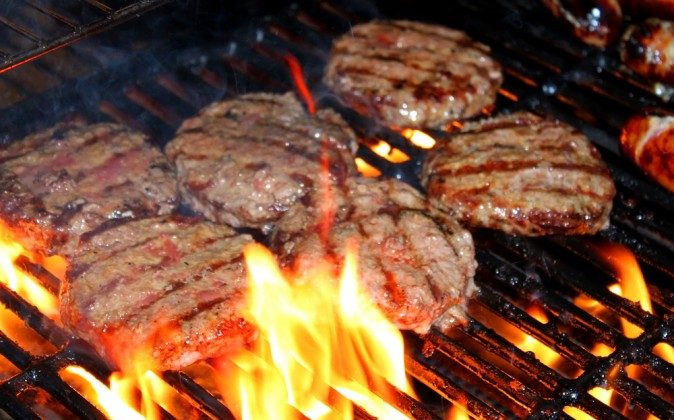 Ground Beef Sets New Record as Price Rockets Past $4.00 per Pound for First Time in History

During inflationary periods in the 1970s, Betty Crocker introduced “Hamburger Helper” as a way to stretch a struggling family’s budget. While the meals themselves were anything but the epitome of good healthy eating, the idea was that at least they were an affordable way for families to put food on the table.

Fast-forward to 2014 and the Obama economy: Hamburger Helper is no more healthier than it was 40 years ago, but it is also not as affordable. Hamburger meat has skyrocketed in cost over the past couple of years, now averaging at more than $4.00 a pound for the first time ever.

As reported by CNS News:

Although the overall Consumer Price Index dropped by 0.2 percent in August, the price index for food rose 0.2 percent, with the average price for a pound of ground beef rising to $4.013 per pound–the first time it has ever topped $4 per pound.

No End in Site

The Labor Department’s Bureau of Labor Statistics (BLS) reported in July that the average ground beef price had been about $3.88 a pound, which was, even then, a record up to that point. But from July to August, the price jumped 3.3 percent, or nearly 13 cents a pound.

A year ago in August, ground beef’s average price was $3.45 a pound; it has climbed dramatically since then, rising nearly 56 cents a pound, or more than 16 percent.

Five years ago, on the heels of the Great Recession, the average ground beef price was just $2.13 a pound, the BLS said. Since then, the price has nearly doubled, rising more than 88 percent or $1.87 per pound.

The overall Consumer Price Index (CPI) is a measurement of the relative price changes involving a set of goods and services that are relative to a basis of 100, CNS News reported, adding:

Subordinate indexes measure the relative change in price for individual goods or services or categories of goods and services.

“The seasonally adjusted decline in the all items index was the first since April 2013,” the BLS said of the overall index. “The indexes for food and shelter rose, but the increases were more than offset by declines in energy indexes, especially gasoline.”

“The food index rose 0.2 percent in August after increasing 0.4 percent in July,” said BLS. “The food at home index was also up 0.2 percent, with the six major grocery store food group indexes split between three increases and three declines. The index for meats, poultry, fish, and eggs rose 1.5 percent in August, the largest increase among the groups. The index for beef and veal rose 4.2 percent, its largest increase since November 2003.”

Speaking of gasoline and fuel prices, as they have risen, so too has the CPI. According to price-tracking website GasBuddy.com, a year ago the average gasoline price per gallon was $3.496 for regular unleaded; today, the average price is $3.352. That is lower than a year ago, but overall, since Obama took office, the price of gas has nearly doubled; in January 2009, the president’s first month in office, the average price per gallon for regular unleaded was $1.788 a gallon.

Prices of diesel fuel, the fuel that moves most goods to market, has been in the stratosphere for years. Diesel fuel has been above $4.00 a gallon more often in the past six years than regular fuel; now, the average price stands at $3.801 per gallon, according to the Energy Information Administration, part of the Department of Energy; on the West Coast, the average price is, once again, above $4.00 a gallon.

*Image of “hamburger” via Shutterstock