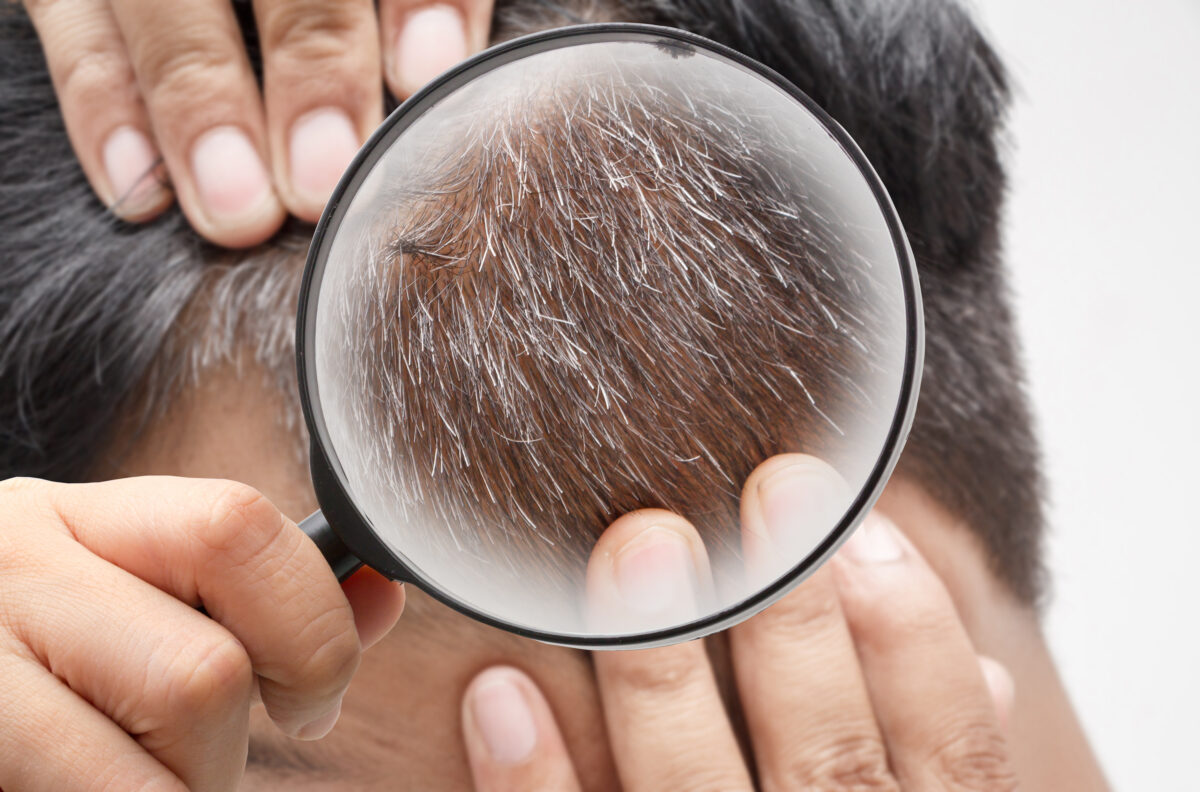 Researchers were able to prove that once a hair turns grey, it doesn't always stay that way.(namtipStudio/Shutterstock)
Stress Management

Gray Hair Can Regain Its Color

There’s now definitive proof that hair graying is reversible in humans. What’s more, stressful life events play a primary role in triggering your hair to turn gray, while relaxation—such as a two-week vacation—may help to give your roots back their original color.

Gray hair is one of the earliest and most obvious signs of aging. By the time most people reach their 30s, hair begins to go gray, becoming progressively grayer with time. It’s generally assumed that once a hair goes gray, there’s no going back, but a team from Columbia University in New York and colleagues suggest this might not be the case.

Once Gray, Some Hairs Regain Their Color

The researchers found that individual gray hairs may, in fact, regain their color, and stressful events seem to be intricately tied to this process. Also intriguing, by measuring small changes in hair color patterns, it may be possible to track life events across a lifespan, using the pigmentation patterns like tree rings to mark the dates of stressful events, along with periods of significant relaxation.[i]

Their findings show that hair not only turns gray in response to extreme stress, but the opposite is also true. During periods of low stress, gray hair may, in somewhat rare cases, regain its original color.

Have you ever noticed a two-colored hair on your head or body? One that’s gray farther down but pigmented with your original color near the root? By studying these types of hairs, collected from 14 people of different ethnic backgrounds and ages ranging from 9 to 65 years,[ii] researchers were able to prove that once a hair turns gray, it doesn’t always stay that way.

This reversal of the aging process was perhaps first officially described in 1972, when a case report of white scalp hairs turning black was published in the British Journal of Dermatology.[iii] Anecdotal reports also exist, and there’s also the fact that hair grays in a sort of patchwork process, with some hairs seeming to age faster than others.

After tracking down subjects with two-colored hairs, Martin Picard, a mitochondrial psychobiologist, and his team developed a digitization approach to map hair pigmentation patterns along single strands of hair. It turned out that in 10 of the 14 participants, some gray hairs regained their color. This occurred in hairs from the head and body, including pubic hairs, but only among those aged 9 to 39.[iv]

The researchers believe that the graying process may be most reversible in its early stages, while hairs that have been gray for long periods are unlikely to regain their color. The effect is also temporary, as eventually the hairs will likely revert to gray. Still, the study “quantitatively [defined] the reversibility of greying in humans”[v] and showed that the process can occur rapidly—and in parallel with times of extreme stress or relaxation.

Stress has long been tied to graying hair, if not scientifically, then anecdotally. The night before the execution of Marie Antoinette, it’s said that her hair turned white.[vi]

Picard also heard from a surprising number of people who said that their gray hair had turned dark again.

“It tells me that what we found in our small cohort and what we documented quantitatively for the first time in this study is probably much more prevalent than we think,” he told the “Today” show.[vii]

The study participants identified periods of extreme stress over the previous year, and Picard and colleagues were able to pinpoint the segments of hair that grew during that time using the average growth rate of hair, which in humans is one centimeter per month.[viii]

They then compared life events to the strand’s pigment, finding a remarkable correlation between graying and stress, as well as the reversal of graying and relaxation.

They described the case of a 30-year-old woman whose hair strands turned gray when she separated from her partner and moved:[ix]

“Strikingly, the quantitative life stress assessment over the last year revealed a specific 2-month period associated with an objective life stressor (marital conflict and separation, concluded with relocation) where the participant rated her perceived stress as the highest (9–10 out of 10) over the past year. The increase in stress corresponded in time with the complete but reversible hair greying.”

In another case, five two-colored hairs were found on a 35-year-old man’s scalp, and all of the hair had regained color after initially going gray. The reversal of graying occurred alongside a decline in stress and a one-month period that was the least stressful of the previous year—right after the man had taken a two-week vacation.[x]

Given these findings, researchers believe that “life stress” is intricately involved in hair graying and reversal.

From a biological standpoint, they also found that gray hairs upregulate the proteins linked to energy metabolism, and mitochondrial and antioxidant defenses, providing a “plausible biological basis for the rapid reversibility of greying and its association with psychological factors.”[xi]

The study provides even more evidence that aging isn’t always a one-way street. In a commentary, Michael Philpott of the Centre for Cell Biology and Cutaneous Research at Queen Mary University of London explained, “The latest work suggests that human aging may not be a linear, fixed biological process but may, at least in part, be halted or even temporarily reversed.”[xii]

Along those lines, there are at least six bodily tissues that can be regenerated through nutrition, while GreenMedInfo.com has a list of 48 therapeutic actions known for their anti-aging potential—many of which involve stress relief.

It’s simply remarkable to now have proof that hair graying is reversible—albeit rare—and to know that reducing psychological stressors in your life could stave off that salt-and-pepper look, or, in some cases, even reverse it.