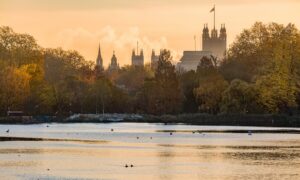 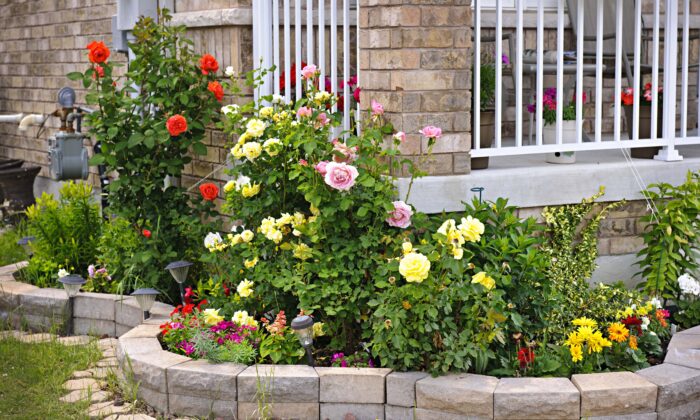 Over a period of one year, researchers found that having plants in previously bare front gardens was associated with a six percent drop in residents’ perceived stress levels.(Elena Elisseeva/Shutterstock)
Mind & Body

There is growing evidence that being in natural spaces has a positive effect on mental health. Being in nature is also linked to improved cognitive function, greater relaxation, better coping with trauma, and alleviating certain attention deficit disorder symptoms in children.

Although conducted prior to the current pandemic, my recently published study has shown that having plants in domestic front gardens (front yards) is associated with lower signs of stress. Given that front gardens are increasingly being paved over by developers, we wanted to look at front gardens specifically to understand what their value and impact are mentally, socially, and culturally. Front gardens are also a bridge between private and public life.

Because they’re visible to neighbors and passersby, they may be able to contribute to the well-being of the community, too.

Our experiment evaluated physiological and psychological stress levels before and after adding plants to previously bare front gardens in Salford, Greater Manchester. We took measures of participants’ cortisol concentrations (sometimes referred to as “the stress hormone”) in their saliva, as well as self-reported perceived stress. Participants ranged in age from 21 to 86, and 64 percent of them were women.

We added two planters with ornamental plants, including petunias, violas, rosemary, lavender, azaleas, clematis, and either an Amelanchier (snowy Mespilus) tree or a dwarf juniper tree. These were chosen for their ease of maintenance and familiarity to most people in the United Kingdom.

We also provided the 42 residents with compost, self-watering containers, a watering can, and a trellis. The research team did all the planting to ensure that all the gardens were similar. Participants were given advice on how to maintain and water their plants and were permitted to add further plants or features. The new additions were as low maintenance as possible.

Over a period of one year, we found that having plants in previously bare front gardens was associated with a 6 percent drop in residents’ perceived stress levels. This scale measures the degree to which situations in life are considered to be stressful by taking into account feelings of control and the ability to cope with stressors.

We also found statistically significant changes in participants’ salivary cortisol patterns. Cortisol is the body’s main stress response hormone, which can activate our “fight-or-flight” response, and can regulate sleep and energy levels. We need cortisol every day to be healthy, and typically concentrations peak as we wake up, and taper down to their lowest level at night. Disturbances to this pattern indicate that our bodies are under stress. We found that 24 percent of residents had a healthy daily cortisol pattern at the beginning of the study. This increased to 53 percent three months after adding the plants, suggesting better mental health in these participants.

Reasons for these changes can be explained by what participants told us during interviews. Residents found that the gardens had a positive influence on their outlook on life, with strong themes developing around more positive attitudes in general, a sense of pride, and greater motivation to improve the local environment. The gardens were also valued as a place to relax.

A small addition of a few plants in the front garden was a positive change to their home environment and the street.

All these well-being benefits of green spaces are understood to be based on two environmental psychology theories: attention restoration theory and stress reduction theory. Both theories are based on Wilson’s biophilia hypothesis that humans have an innate affinity with the natural environment.

Our study’s results show the importance of even small green spaces for reducing stress, and may be important considerations in local planning, urban development, and health and social care. Integrated thinking between the built environment, environmental and health sectors is necessary.

The findings from this project also support the social case for more street-facing gardens and green spaces. For example, biophilic building standards, environmentally focused urban strategies, and walkable street initiatives could be significant ways of achieving this. Importantly for landscape architects and other professionals working with designed green spaces, there is scope for considerable impact on human perceptions, health, and well-being.

For residents who have a front garden space, planting designs can be low maintenance without taking up too much space. Container plantings may be most appealing for renters. But for those without access to an outdoor space, there is some evidence that indoor houseplants also provide mental health benefits.

Lauriane Suyin Chalmin-Pui is a well-being postdoctoral fellow with the Royal Horticultural Society, University of Sheffield in the UK. This article was first published on The Conversation.