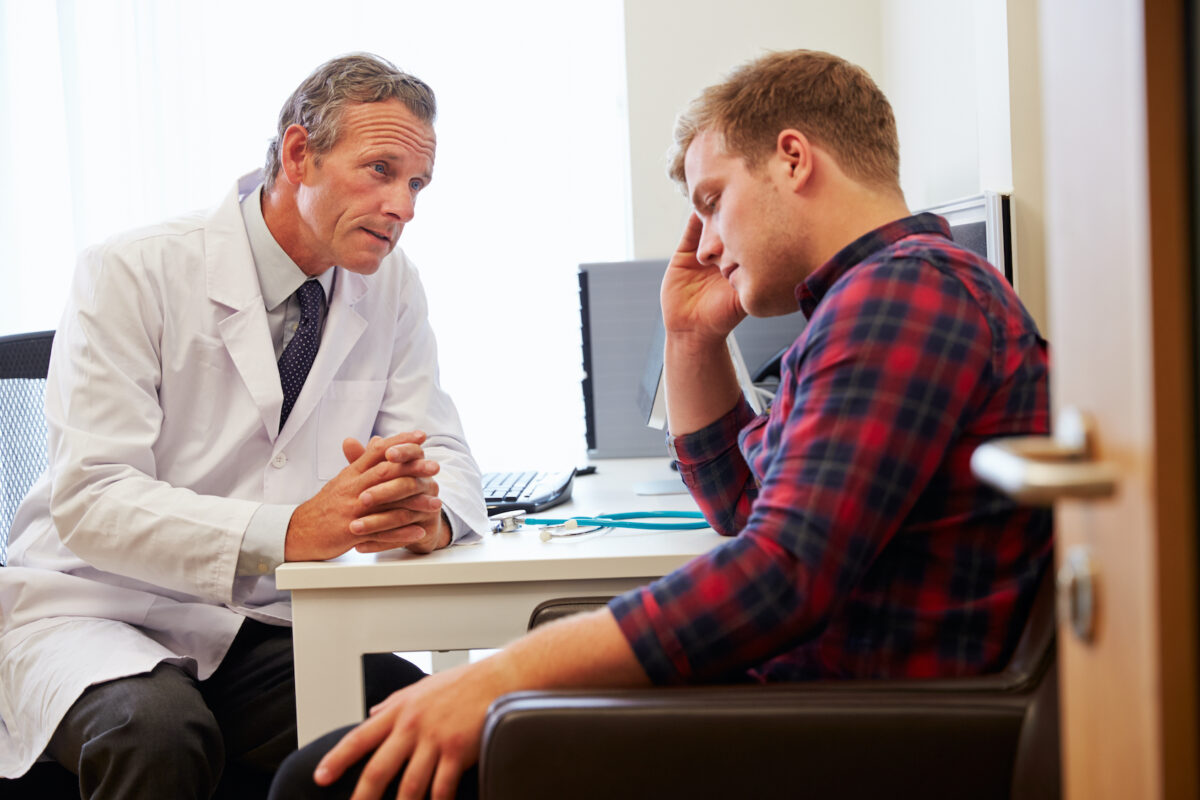 One of the scariest ways gluten impacts the brain is when the immune system mistakes brain tissue for gluten and attacks and destroys the tissue.(Monkey Business Images/Shutterstock)
Digestive Health

Gluten is one of the most immune-reactive foods—no other food is more of a trigger for neurological dysfunction and neurological autoimmunity than gluten, notes a research review published in the World Journal of Gastroenterology.

This stems in part from the intimate relationship between the gut and the brain. The foods we eat and our gut health have a profound impact on brain health.

This means gut inflammation and food sensitivities can cause brain inflammation and trigger brain autoimmunity, accelerating brain degeneration and causing a wide range of symptoms, depending on the person.

Most neurological literature shows that gluten sensitivity can be primarily—and at times exclusively—a neurological disease, finds a research review published in the Journal of Neurology, Neurosurgery and Psychiatry.

You don’t have to have celiac disease for this to be the case, as it also holds true for nonceliac gluten sensitivity. However, celiac disease can also present solely as neurological symptoms.

Research shows that only 13 percent of people who have gluten ataxia (an inflammatory brain condition caused by gluten) have gastrointestinal symptoms. Almost 90 percent of these individuals didn’t have any gastrointestinal complaints at all, found a study published in the journal Brain.

When either celiac disease or gluten sensitivity causes brain symptoms, a strict gluten-free diet can bring about a profound reversal of symptoms.

You may also need to remove dairy from your diet, as it cross-reacts with gluten, meaning the immune system mistakes dairy for gluten due to the similarity of amino-acid sequences, notes a study published in Food and Nutrition Sciences.

Most Doctors Overlook the Impact of Gluten on the Brain

Even though research has established a link between gluten and neurological diseases, most doctors overlook this mechanism in clinical scenarios.

However, because most people with neurological problems don’t have gut complaints, they don’t land in the office of a gastroenterologist.

Wheat is made up of more than 100 different components that can cause a reaction, not just one. A person can react to one of the many proteins in wheat, or a combination of proteins, peptides, and enzymes associated with wheat.

It’s also ideal to screen for other foods that cross-react with gluten, such as dairy or other grains. Knowing about cross-reactivity helps patients to eliminate foods their immune system mistakenly responds to as if they were gluten.

There are different forms of gluten intolerance that you can learn about and be tested for.

How Gluten Cross-Reactivity Can Damage the Brain

Cross-reactivity, also known as molecular mimicry, is one of the scariest ways gluten impacts the brain. This occurs when the immune system mistakes brain tissue for gluten and attacks and destroys the tissue. It does this because both gluten and brain tissue have proteins made up of identical amino acid sequences.

The part of the brain called the cerebellum is extremely sensitive to gluten. When people have antibodies to gluten, those antibodies can also bind to cerebellar tissue, signaling the immune system to attack, destroy, and remove the tissue.

This is called cerebellar ataxia and can lead to poor balance, increased anxiety, sound and light sensitivity, being easily overwhelmed, and other symptoms.

Could Your Neurological Symptoms Be Caused by Gluten?

If these symptoms apply to you, a strict gluten-free diet can have profound results. You may also need to eliminate foods that cross-react with gluten, such as dairy or other grains.

To watch my one-hour webinar talk and Q&A on this topic, please visit this link.