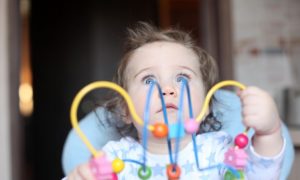 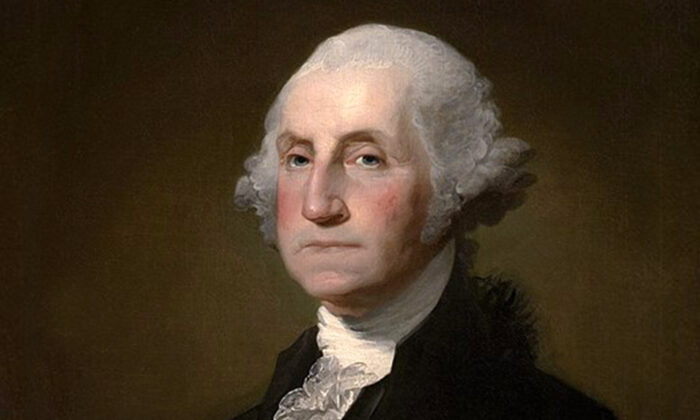 For as monumental a figure as George Washington was, the first president of the United States was acutely aware of his personality imperfections. His commitment to doing something about it, though, just proves how dedication to self-improvement can seriously get you places in life.

Born to Augustine Washington, a well-to-do but not extremely wealthy tobacco plantation owner, George was not part of high Virginian aristocracy. Unlike his older brother Lawrence Washington, who attended Appleby Grammar School in England, George was neither sophisticated nor well spoken. That would improve somewhat, thanks to some early intervention, but he would remain self-conscious of his lowborn manners for some time.

Lawrence married into Virginia’s elite Fairfax family after the death of their father, marrying Anna Fairfax, and this led to the extremely influential Colonel William Fairfax taking George under his wing. The elder Fairfax instructed young Washington in the manner of conduct appropriate to the upper echelon of colonial society.

George was far from perfect. Colonel Fairfax noted his explosive temper, which he described in a letter to the boy’s mother, Mary Ball, in 1748:

“I wish I could say that he governs his temper. He is subject to attacks of anger on provocation, sometimes without just cause.”

Without the benefit of an education, George was unlearned in manners and philosophy—a defect that Fairfax helped him overcome by introducing him to the Greco-Roman philosophy of the Stoics, whose aim was to govern all of their actions with logic—not emotion. Self-mastery was one of their key principles. One of George Washington’s biographers, Ron Chernow wrote that …

From the stoics, from reading books on conduct, and from spending much time at Belvoir, the Fairfax estate, watching and imitating the behavior of the upper class, George obtained both the model and justification to work on perfecting himself—an endeavor that would take him far.

For all that training, though, one thing George could never quite master was his ambition—particularly on the battlefield. Thanks to his connections with the Fairfax family, and despite having no military experience, he was appointed as an officer of the militia just prior to the Seven Years War, which started in 1754 over conflicting land claims between the British and the French. Biographer Ron Chernow noted:

“While he knew the social forms, he could never quite restrain, much less conceal, the unstoppable force of his ambition,”

During his second foray into disputed territory, George preemptively (and some would argue without justification) attacked a delegation of Frenchmen, catching them completely off guard, killing 10 men, including the French ambassador. Although the French labeled George an “assassin,” the Virginians and the British defended him, according to historian Dr. Donald Higganbotham. However, George’s skirmish was what ignited the war.

Young Washington, then a major, betrayed his propensity for battle in a letter to his younger brother John A. Washington, which famously stated:

“I heard the bullets whistle, and, believe me, there is something charming in the sound.”

Despite his brash courage, Washington’s ventures earned him admiration from Virginians. As if by divine protection, Washington was never once shot in combat. During the battle of the Monongahela, on July 9th, 1755, four bullets pierced his coat and two horses were shot out from under him, but the man was unharmed.

It is very likely that some in those days would have indeed interpreted Washington’s luck as protection from God; Washington himself certainly thought so, as evidenced from another letter he wrote to his brother:

“By the all powerful dispensations of Providence, I have been protected beyond all human probability and expectation for I had four bullets through my coat and two horses shot under me yet although death was leveling my companions on every side of me, I alone escaped unhurt.”

From the Seven Years War to his presidency in 1789, George Washington’s service to his country is marked as much by his stoic sense of virtue as it is his larger-than-life bravery in battle. The latter led to his appointment as Commander-in-Chief over the Continental Army; the former led to him declining his presidential salary of $25,000 offered by Congress, and the institution of his preferred title “Mr. President” as opposed to “Your Highness.”

Washington was as much a Roman Stoic as he was a new American. John Adams would eventually speak of Washington’s “gift of silence” in a letter to Benjamin Rush in 1807.

George sent a letter to his nephew Bushrod Washington in 1787, demonstrating how the older Washington had come full circle in the mastery of his emotions—Washington now the teacher passing on the benefit of his wisdom. He wrote:

“Rise but seldom—let this be on important matters—and then make yourself thoroughly acquainted with the subject. Never be agitated by more than a decent warmth, & offer your sentiments with modest diffidence—opinions thus given, are listened to with more attention than when delivered in a dictatorial stile. The latter, if attended to at all, although they may force conviction, is sure to convey disgust also.”