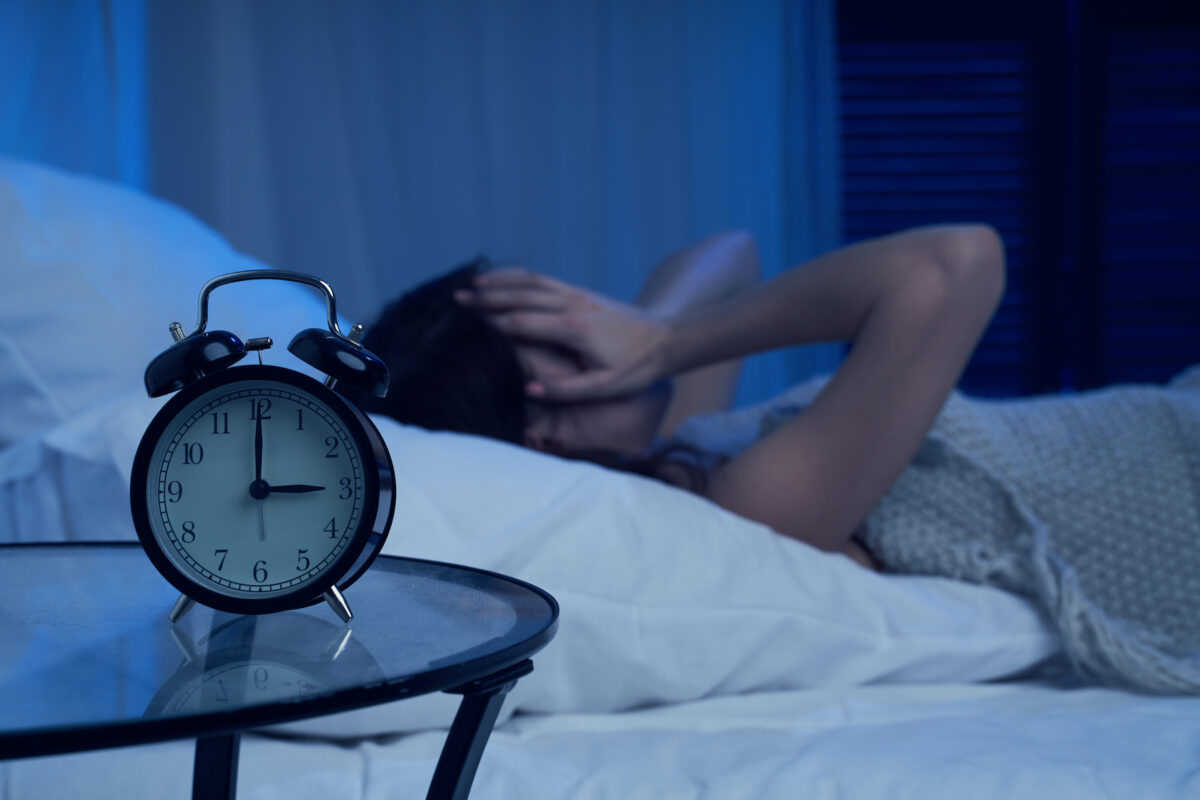 Sleep is a balm to the mind and spirit. It is our time to restore our mind and heal our body so if you aren't getting enough of it, you should investigate. (Sergey Mironov/Shutterstock)
Wellness

Do you often get up in the middle of the night to use the restroom? Frequent urination at night, or nocturia, will affect your quality of sleep. It will not only make you languid the next day, but will also create health problems for you in the long run. If you get up more than twice per night to urinate, it might be a red flag in regards to your health.

Here are eight major causes of nocturia and their treatments:

Older people are prone to nocturia due to the aging of the bladder, which is a problem for both men and women. Some elderly people cannot even hold their urine, and after waking up with the urge to urinate, they may even wet their pants before getting to the restroom.

Men over 60 are also prone to developing enlarged prostate glands (also known as prostatic hypertrophy) as they age, making them urinate more frequently at night.

Dr. Alice Chu, a doctor of traditional Chinese medicine, said that Kegel exercises can strengthen the pelvic muscle groups, improve the aging of the urinary system in both men and women, and relieve the symptoms of frequent urination. Specifically, when doing the exercise, one repeatedly lifts the anus upward by contracting the muscles around it, and then relaxes the muscles. This exercise can be carried out at any time, whether one is standing, lying, or sitting. In addition, when urinating, you should not discharge urine all at once; instead, you can repeatedly practice pausing urination and then resuming its discharge, until you discharge all the urine. This exercise helps with the maintenance of elderly’s health.

If the condition of the enlarged prostate gland is serious, it can be treated by medication, shockwave therapy, surgery, or other methods.

Young people are prone to overactive bladder syndrome due to prolonged urinary retention, or urethral, or bladder infections. They urinate frequently during the day and night, but only discharge a small amount every time.

Dr. Mei-Yu Jang, director of the Xiaogang Branch of Kaomei Urologic Clinic in Taiwan, explained that prolonged holding of urine or an infection can cause the bladder mucosa or nerve endings to become sensitive. A normal person’s bladder can hold 450cc/2 cups of urine before he or she has the urge to urinate, while a person with overactive bladder syndrome may want to go to the restroom after accumulating 100cc/around half a cup.

Through training, the bladder can re-establish the habit of storing urine and urinating normally. For instance, when you have an urge to urinate, try to wait 5 to 10 minutes before urinating, so that your bladder capacity can slowly increase. You can also do the Kegel exercise to improve the condition.

According to Dr. Jang, these patients urinate about one third of their entire day’s voided volume at night. The reason is that their pituitary gland does not produce enough antidiuretic hormone, which prevents the urine from concentrating. For example, the patients may have had brain surgery or electrotherapy, which destroyed the pituitary center of the brain.

Sleep apnea can also cause nocturnal polyuria. As a patient’s airway becomes obstructed during sleep, he or she will make an involuntary effort to inhale more air, which increases the intrathoracic pressure and causes the heart to secrete diuretic hormone, which leads to increased urination.

Patients with this condition should seek medical treatment, such as antidiuretic hormone supplementation, when they find themselves urinating frequently at night and with large volumes. Sleep apnea can also be improved by lifestyle adjustments, such as weight loss or exercise, or by medical treatment. In severe cases, patients should wear a positive-pressure respirator to sleep, which can open up their breathing passages and allow their body to breathe in sufficient oxygen.

The habit of playing on cell phones before going to bed or an irregular work and rest cycle can easily make one’s sleep stay in the light sleep stage.

Dr. Chih Hao Lin, neurologist and director of the Brain Stroke Center at Lin Shin Hospital in Taiwan, pointed out that the blue light emitted from phone screens will inhibit the secretion of melatonin that regulates sleep, making the brain think that it is still daytime. At the same time, browsing the contents on the phone will make people hyperactive and they will find it difficult to fall asleep. Therefore, at least half an hour before bedtime, we shouldn’t touch our phones.

An irregular work and rest schedule, such as sleeping until almost noontime on holidays, can also disrupt our biological clock. So Dr. Lin suggested waking up no more than one hour later than usual on weekends.

In addition, modern people generally do not sleep well due to work pressure. However, we can relax and release the pressure by doing moderate exercises, such as exercising in the evening, or 30 to 40 minutes before meals.

The elderly are also prone to light sleep, often getting up at night to go to the restroom, for reasons related to brain degeneration, sarcopenia, sundown syndrome, and restless legs syndrome.

According to Dr. Lin, brain degeneration reduces melatonin secretion. The degeneration of the amygdala, which is responsible for emotions in the brain, can also make the elderly prone to anxiety, thus affecting their sleep.

The low activity of the elderly will cause sarcopenia, which will also lead to shallow sleep problems. In this case, one can ask a rehabilitation counselor or fitness trainer to help with strength training.

When muscle strength is improved, the person’s mood and sleep quality can also be improved.

Some seniors with dementia have sundown syndrome, in which their cognitive functions become very confused at dusk, causing them to mistake night for day or to hallucinate. For instance, when a patient with sundown syndrome hears some sounds outside of his or her window, he or she may associate it with a past memories and mistake it for a burglar, thus causing uneasiness and anxiety, which makes it difficult for him or her to fall asleep. Therefore, at dusk, it’s advisable for such patients to use thick curtains to block out the light and shadows, to help with their sleep.

When some people are lying in bed, their legs will become very uncomfortable, and they feel that moving their legs or getting up to walk around can improve the situation. This is called restless legs syndrome, which may be caused by brain degeneration, iron-deficiency anemia, or other reasons.

Poor peripheral circulation and edema can also cause frequent urination at night. When standing, the water in the body will accumulate in the legs; when lying down, the peripheral blood and water will flow back to the heart, and then circulate from the heart to the kidneys to produce urine, which is then discharged. People with poor circulation are prone to frequent urination at night due to this reason.

Patients with edema can consider wearing elastic socks or elevating their feet in the afternoon and before nightfall to promote the backflow of water and venous blood, so that there will be less water in their legs at night.

Dr. Jang recommended the elderly to take a nap at noon, lie flat in bed and put a small pillow under their feet, so that their feet remain in a slightly elevated position when they fall asleep.

Too much sleep during the day is likely to cause poor sleep at night, so one will get up frequently to go to the bathroom. Doctors agree that a half-hour nap in the afternoon should be sufficient. Dr. Lin pointed out that the elderly have the habit of taking naps, so they will feel more energetic in the afternoon, but the nap should be taken between 1 and 3 p.m.

To sleep well, one also needs to adjust the time of water intake. According to Dr. Jang, people should drink a lot of water in the morning, a moderate amount in the afternoon, and little water at night. However, one should not be afraid to drink water due to fear of night urination.

Also, it’s not recommended to eat too much for dinner or eat late at night. And we shouldn’t smoke, or drink alcohol, coffee, or tea late at night. If you are taking medication, you should ask your doctor if there are any sleep-affecting side effects associated with the medication’s ingredients, so you can take it before noon, if possible.