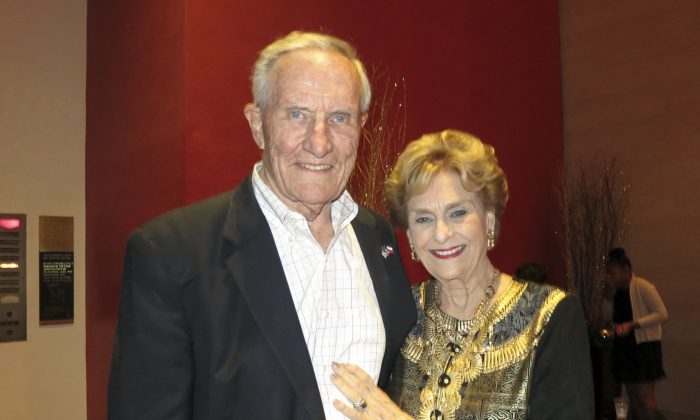 HOUSTON—George Strake, the former secretary of state for Texas, and his wife, Annette, make sure they see Shen Yun Performing Arts every time the New York-based classical Chinese dance and music company comes to town.

“We look forward to it every year. We’re very lucky,” said Mrs. Strake, who is recovering from injuries after falling and cracking three ribs.

“This is my first time out, and I’m so excited because I wanted to come here,” she said. “It’s so beautiful, always. We love it.”

As a politician, businessman, and philanthropist, Mr. Strake said he has followed the China situation for a long time and felt what the communists have done to China is horrible. He said Shen Yun is bringing hope and courage to the Chinese people.

“I’m so happy that this group is doing well here today,” he said.

“You can just feel it in these people. All they want is freedom and a chance to perform and do good. Take all the communist control out of the picture in China and it would be a better world, a better world. So the message they’re delivering is just phenomenal.”

According to the Shen Yun website divine culture flourished in the land of China for thousands of years but humanity’s treasure was brought to the brink of extinction through systematic communist campaigns. Through breathtaking music and dance, Shen Yun is bringing back this glorious divinely inspired culture.