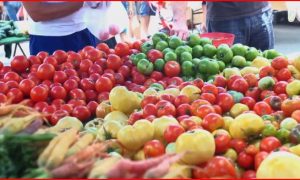 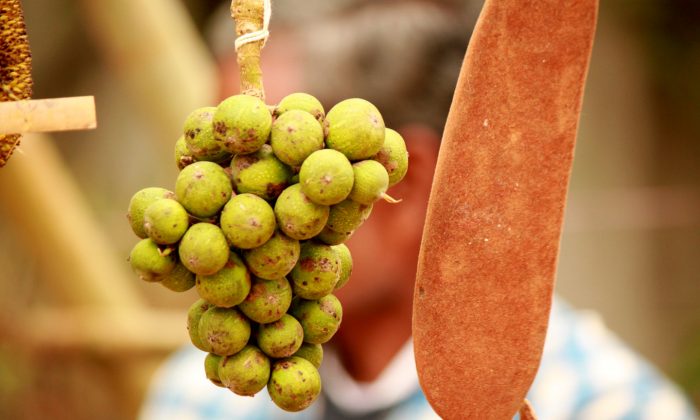 Forest foods on display at the Forest Food and Ecology Festival on Dec.14, 2014, at Sri Aurobindo Society, New Delhi. Uncultivated forest foods are rich in micronutrients according to researchers and can help beat a nutrition crisis. (Venus Upadhayaya/Epoch Times)
Food & Dining

Micronutrients are nutrients the body needs only in small amounts like iodine, zinc, iron, and Vitamin A. They enable the body to produce enzymes, hormones, and other substances critical for proper growth and development of the body.

Researchers working with indigenous tribes in India said forest foods could provide a solution to micronutrient deficiency, a condition that has been termed “hidden hunger.”

“The forest foods are the best available sources of micronutrients, which are available, accessible, and affordable.”
— Buduru Salome Yesudas, nutrition researcher

As the population in India has expanded and more people move to cities, the traditional sources of foods high in these micronutrients like leafy greens, fruits, and nuts are not as readily available, said India’s National Institute of Nutrition (NIN).

Living Farms, an NGO that works with tribal villages in the eastern state of Odisha, has documented 357 forest foods harvested by tribes in the region. Nutrition experts under NIN studied 63 of them and found them to be high in micronutrients.

“The forest foods are the best available sources of micronutrients which are available, accessible, and affordable,” said Buduru Salome Yesudas, a nutrition researcher who has been documenting the food systems of various indigenous tribes in southern India since 1995.

She said more research is needed to uncover the potential these foods have to stop malnutrition and how they can be included in mainstream food pyramids.

In developed countries, staples like salt and wheat are often fortified with micronutrients like iodine and folic acid.

In developing countries where access to food, let alone fortified food, is not guaranteed, governments, NGOs and other organizations are looking at sustainable, nutrient-rich food systems to combat nutritional deficiencies.

Debjeet Sarangi the founder of Living Farms, said the indigenous people who have sustainably harvested forest food for centuries can provide insight into how countries can do just that. Conversely, he said that as forests are cut down for agriculture and industrial purposes, these people are being displaced and their knowledge lost.

“So you are not only displacing unskilled, unorganized, rural people, [when forests are cut], you are actually displacing highly wise, knowledgeable people,” he said. “And after doing that, we bring them to the urban cities and then provide [them] subsidized food, which in our country is rice and wheat procured from 10,000 miles away, which is being grown with pesticides … burning fossil fuels. I don’t know, does that make sense?”

Forest foods are also not as affected by natural disasters like drought, pests, and storms, which make them an important addition to conventional forms of agriculture, the Center for International Forestry Research (CIFR) said. In addition to food, firewood for fuel, and pollinators like bees that are vital for agriculture are also threatened by deforestation.

“While conversion of forest to agriculture can in some cases improve rural incomes, all too often deforestation leads to impoverishment of both ecosystems and livelihoods in the long term,” CIFOR said in a white paper.

Sarangi said that policymakers should recognize and conserve forests for the food and vital nutrients they provide, not only as habitats for wild plants and animals.

“Here’s a food system which doesn’t need a subsidy,” he said.