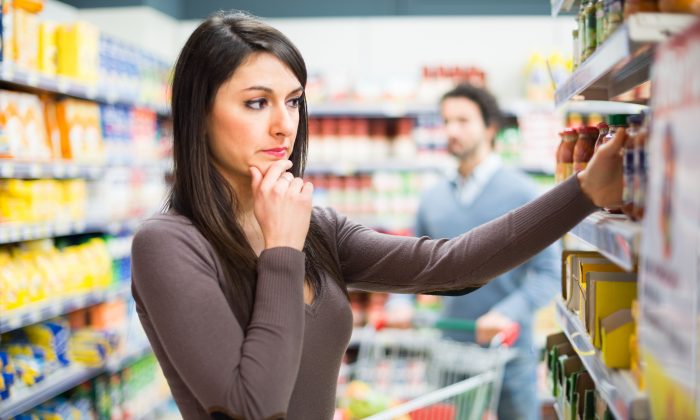 Marketing is often flashy and “in your face,” trying to get you to buy the latest product that you probably don’t need. As obnoxious as it can sometimes be, marketing works. Attractive labels, commercial jingles, and even word-of-mouth can all seep into our subconscious, making us drawn to certain material goods.

And no one is more well-versed in strategic marketing tactics than the food industry. “Fat-free,” “zero-calorie,” and “gluten-free” are all buzzwords that attract us to particular products but don’t necessarily mean they are good for our health.

But a new study has found that another form of marketing can actually make us more health conscious about our food choices, with early results proving it may just work.

Warning labels on food and beverages that alert users to the amount of sugar found in certain products, such as soda and other sweetened drinks, can help lower the prevalence of being overweight or obese in a population, suggests the new Johns Hopkins Bloomberg School of Public Health study.

The study in question used computer modeling to simulate daily activities of shoppers from three major U.S. cities: Baltimore, San Francisco, and Philadelphia. Computer modeling helped researchers to design and test sustainable intervention and policies before they are rolled out in real life.

They found that in places that sell sugary drinks, like grocery and corner stores, warning labels that alerted consumers to the fact that added sugar contributes to tooth decay, obesity, and diabetes reduced their overall calorie consumption. This can attribute to a reduction in rates of obesity and being overweight.

The researchers state that while this is not a solution to the obesity epidemic in the United States, an intervention such as this still has a positive impact.

“We found that sugary-drink warning labels may help decrease obesity and overweight prevalence across a wide variety of circumstances,” said Dr. Bruce Y. Lee, lead author and executive director of the Bloomberg School’s Global Obesity Prevention Center (GOPC). “A warning label is able to decrease a person’s chance of purchasing a sugary beverage by 4 percent.”

Weight gain and obesity is a growing issue in the United States, with current trends projecting that nearly three-quarters of the American population will likely be overweight or obese by the year 2020. While much of this has been in response to increased eating habits and a lack of exercise, research suggests that sugary-drink consumption is much to blame.

According to the National Health and Nutrition Examination Survey data from 1988 to 1994 and 1999 to 2004, daily calories consumed from sugary beverages increased by 20 percent among 6- to 11-year-olds during those time periods.

“This study also highlights the importance of warning label design. Efforts to increase readability and incorporate memorable visuals may increase warning-label efficacy and ultimately promote an even greater impact,” said Marie C. Ferguson, a research associate at the GOPC.

Mohan Garikiparithi is a health communications writer and former practicing physician. He previously served as the head of the Department of Microbiology in a diagnostic center in India. He now advocates for treating different medical conditions without the use of conventional drugs. This article was originally published on BelMarraHealth.com