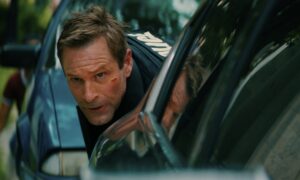 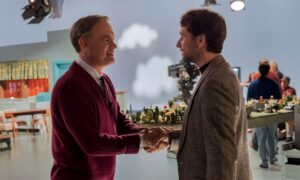 Film Review: ‘A Beautiful Day in the Neighborhood’
0
Film Reviews

Film Review: ‘Jumanji: The Next Level’: Another adventure through the virtual lands of Jumanji

When “Jumanji: Welcome to the Jungle” debuted back in 2017, the film’s screenwriters Scott Rosenberg and Jeff Pinkner, as well as its director Jake Kasdan, knew they were onto something special. “Welcome to the Jungle” was the next, direct step from the original 1995 film “Jumanji,” which starred Robin Williams. The latest film in the red-hot comedy-fantasy-adventure franchise, ironically titled “Jumanji: The Next Level,” seems much less like the next step as its predecessor was a couple of years ago. It feels relatively like more of the same, but in this case, that’s not necessarily a bad thing.

The end of “Jumanji: Welcome to the Jungle” is tumultuous, with the four teen characters—that is, Spencer (Alex Wolff), Martha (Morgan Turner), Bethany (Madison Iseman), and Fridge (Ser’Darius Blain)—nearly losing the lives of their digital counterparts within the Jumanji video game.

The original cast is back, but, of course, the four non-avatar characters have aged a couple of years. They’ve gone their separate ways, too, although they’ve kept in touch. Spencer’s life seems the most ill-adjusted of the foursome. His romantic relationship with Martha has cooled off, and when he returns home on a college break, he learns that his cranky grandfather, Eddie (Danny DeVito), has moved in because of a recent surgery.

Since life doesn’t seem so hot for poor Spencer, and thinking he’ll be much happier in a virtual reality, he manages to fix up the broken Jumanji video game enough so that he can transport himself back into it. Spencer’s friends eventually learn of his digital flight and follow him into the game. But this time, they accidentally pull Eddie along with them, as well as Eddie’s old pal Milo (Danny Glover).

A big part of the fun in “Welcome to the Jungle” was watching how the different youths inhabited their avatars and how those actors played against type (such as the geeky Spencer inhabiting the burly body of Dwayne Johnson’s Dr. Bravestone). That’s on display again in this newer film, but this time the filmmakers have added an additional layer of complexity because each of the characters gets to inhabit different avatars than in the 2017 film.

The reason for this switch is explained as caused by a technical glitch in the video game. As a result, we get to see how the different teens fare as Dr. Smolder Bravestone (Dwayne Johnson), Professor Shelly Oberon (Jack Black), “Mouse” Finbar (Kevin Hart), and last but not least, Ruby Roundhouse (Karen Gillan). These changes allow the avatars’ actors even more opportunities for hilarious shenanigans.

But, let’s also say that if you haven’t seen the previous film, things can be a little confusing, although the film does make a decent attempt to bring franchise neophytes up to speed.

The Jumanji game itself has changed somewhat. The avatars move from the jungle environs of the previous film into mountainous and desert biomes. They also become tasked with a new mission: to save the land from a vicious warlord named Jurgen the Brutal (Rory McCann), who just so happens to have recently offed Bravestone’s parents.

As is common with many adventure games, there is also a powerful relic that the avatars must find called the Falcon’s Heart. If they can retrieve this item from Jurgen, they have a chance at restoring Jumanji’s lands to their former beauty and thereby win this iteration of the video game.

The path to Jurgen’s headquarters is fraught with all kinds of dangers, including a large flock of stompy ostriches as well as a gaggle of cantankerous baboons. To the film’s credit, most of the action scenes are pretty engaging, although others (such as a big fight scene involving Dwayne Johnson’s character) feel tacked on.

The comedic parts are much evenly played, however, and there are also some good philosophical lessons in “Jumanji: The Next Level” that elevate it from being an average film to being a pretty darn good one, at least for certain ages. Parents should know that there is a considerable amount of foul language that might be inappropriate for younger kids.