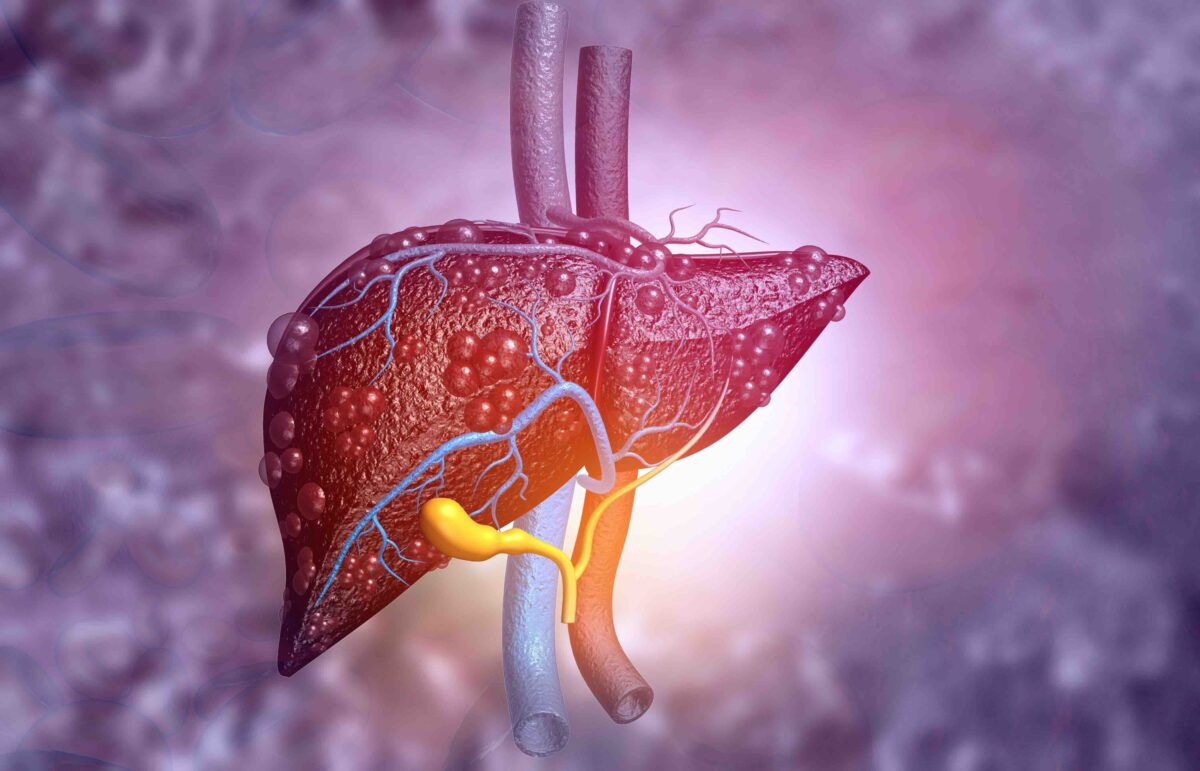 You may not give your liver much thought. But it performs essential functions every day. Like other parts of the body, fat can build up in your liver. That may damage the liver and lead to serious health problems.

It’s normal to have some fat in your liver cells. But too much can interfere with your liver’s normal functioning. The liver acts as a filter to remove toxins from your blood. It helps digest your food. And it also helps keep your blood sugar constant, among other activities.

Fatty liver disease has become increasingly common. But it often has no symptoms. If you have symptoms, they may include fatigue and discomfort in the upper right side of your abdomen.

“There are an awful lot of people walking around with liver disease, and most of them don’t know it,” says Dr. Matt Cave, a liver specialist at the University of Louisville. “It’s important to be aware of the disease so people can get screened by their doctors.”

People with obesity or type 2 diabetes are at greater risk of nonalcoholic fatty liver disease. It affects about 75% of people who carry excess weight and 90% of people with severe obesity.

“Alcohol is metabolized in the liver. And if you drink high amounts, it basically acts as a toxin,” explains Dr. Laura Nagy, who studies alcohol’s effects on the liver at the Cleveland Clinic.

It’s long been known that obesity and alcohol contribute to fatty liver disease. But more recently, scientists have learned that some toxins around us may also play a role.

“The new kid on the block, so to speak, is the role of chemical pollution in fatty liver disease,” Cave says. His research was among the first to link chemicals to the disease.

His team discovered a high rate of the disease among workers at a chemical manufacturing plant. All worked heavily with a chemical called vinyl chloride. This chemical is mainly used for making the PVC in plastic products.

Since then, many more chemicals have been linked to fatty liver disease. Some are found in common household products and stick around in the environment. Chemical exposures may work together with other risk factors to worsen the disease.

“We’re finding that these things probably serve as double whammies,” Cave explains. “Say you eat a bad diet and have a chemical exposure. The chemical may make the effects of the diet worse.”

If NASH gets worse, it can cause permanent scarring and liver hardening. Liver disease at this stage is called cirrhosis. It can lead to liver failure or liver cancer.

Researchers are still trying to understand why liver disease worsens in some people but not others. But you can take steps to reverse this damage. The liver has the ability to repair itself. That’s why it’s important to find fatty liver disease in an early stage.

Often, a doctor will discover fatty liver disease when running blood tests for other reasons. If you have symptoms or are at higher risk, your health care provider may want to run blood or imaging tests. These tests can help look for a fatty liver and determine how severe it is.

The only test to determine whether the disease has progressed to NASH is a liver biopsy. During a biopsy, your doctor will take a small piece of tissue from your liver. The sample is then examined for signs of inflammation or scarring.

“A biopsy can be painful, and it can lead to bleeding, perforation, or infection,” Loomba says. And many of the people who undergo biopsy don’t end up having NASH. So Loomba’s research team is focused on noninvasive tests for fatty liver disease. They’re also looking at new ways to test for advanced liver disease.

His team has developed advanced imaging techniques that reduce the need for biopsies. They’re able to painlessly measure how much fat and scarring is present in the liver.

The most effective fatty liver treatment involves a change in lifestyle. Weight loss is helpful.

“But the weight loss has to be pretty significant,” says Loomba. You have to lose about 7% of your body weight to resolve NASH. You’ll need to lose at least 10% to reduce fibrosis, or scarring.

Losing weight can also help reduce your risk of heart attack and stroke. Heart disease is the leading cause of death in people with nonalcoholic fatty liver disease.

Better nutrition can help, too. Try to avoid weight gain and increase your exercise. And limit your alcohol use. Alcohol can have harmful effects on liver disease.

You might also consider washing your fruits and vegetables before eating. This can lower your exposure to pesticides.

Right now, there are no FDA-approved treatments for fatty liver disease. Studies have shown that vitamin E and diabetes medications that also cause weight loss may help patients with NASH. Several promising drugs are being tested in clinical trials.

To prevent fatty liver disease, aim for a healthy weight and drink alcohol in moderation. Understanding what counts as one drink can help you keep track, says Nagy. Learn about the different sizes of drinks.