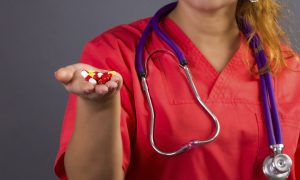 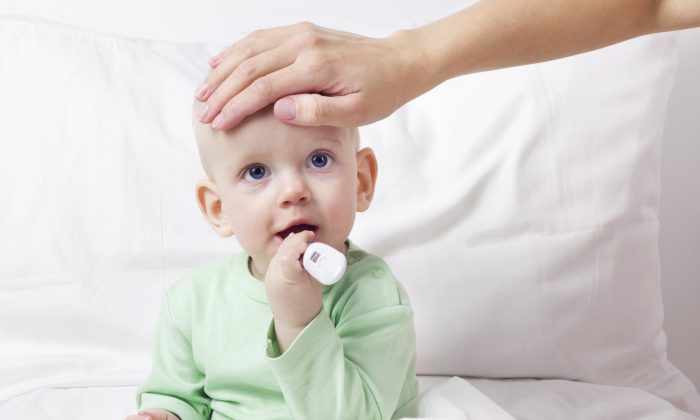 It’s sure not fun when your child has a fever, but there may be a silver lining because febrile diseases in childhood are associated with lower rates of certain cancers later on.

Research published in 2011 in the journal Current Opinion in Immunology said that “history of febrile childhood diseases lowers the risk for melanomas, leukemias, non-Hodgkin’s lymphoma (NHL), and ovarian cancer.”

Breast cancer, however, does not appear to be diminished by childhood illness.

Mumps is one of the cancer-reducing illnesses and lowers the risk of a number of adult cancers, including ovarian cancer, according to Dr. Daniel Cramer, a professor at Harvard Cancer Center.

The mechanism for this, according to one study he published, is that when you have mumps, the body produces a protein called mucin 1 (MUC1), which the immune system learns to recognize and will attack later when it’s overproduced by cancerous ovarian cells.

“Mumps parotitis may lead to expression and immune recognition of a tumor-associated form of MUC1 and create effective immune surveillance of ovarian cancer cells that express this form of MUC1,” reads a study Cramer co-authored, which first appeared in the international journal Cancer Causes & Control.

Parotitis refers to inflammation of the parotid glands, the large salivary glands located just in front of each ear.

And in addition, Cramer and other researchers found in another study that if a mother’s breast becomes infected while she’s breastfeeding, this can also confer some anti-cancer benefit.

“Infection while breastfeeding might also decrease risk for ovarian cancer likely by a similar mechanism,” he said in an email.

Could Blocking Symptoms Hurt Your Health?

Having childhood infections was also associated with lower risk of Hodgkin’s lymphoma related to the Epstein-Barr virus.

The timing of infection may also be important. One study in the BMJ (a peer-reviewed medical journal) also found that delayed exposure to infection, when accompanied by other factors, appeared to increase leukemia risk.

For cancers that are caused by viruses, the vaccines that target those viruses reduce the incidence of cancer. For example, the HPV vaccine offers protection against the two virus types that cause around 70 percent of cervical cancers, and the hepatitis B vaccine reduces the incidence of liver cancer.

However, in the case of the mumps, vaccination does not offer cancer protection. Cramer and other researchers wrote in a study that “mumps vaccination only creates anti-viral antibodies and would not lead to anti-MUC1 antibodies, which we show here require an active parotitis.”

Research is being done to make a vaccine that could offer cancer protection.

So the next time your child is hot and cranky, and you’re exhausted from sleepless nights, you can take some comfort in knowing that fevers also do the body good.