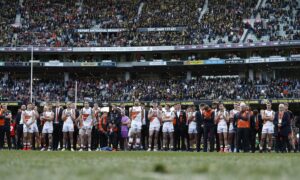 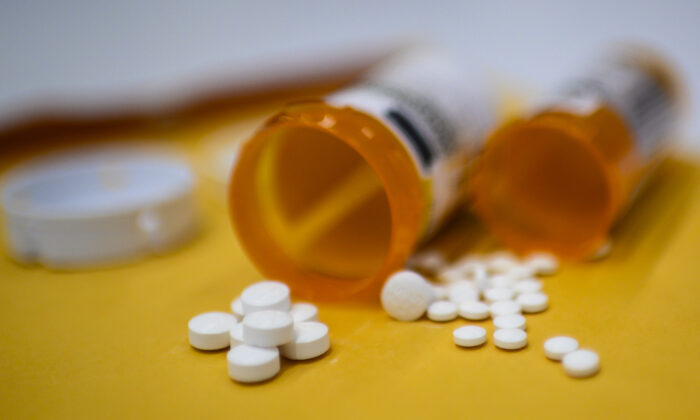 The Food and Drug Administration (FDA) and the Drug Enforcement Administration (DEA) have sent joint warning letters to four online networks operating a total of 10 websites, for illegally selling and misbranding opioid medicines.

The four networks—Divyata, Euphoria Healthcare Pvt Ltd., JCM Dropship, and Meds4U—were warned to “immediately stop their illegal sales” of opioids, according to the FDA.

“As the FDA works to forcefully tackle the opioid crisis on all fronts, we cannot allow rogue online pharmacies to continue to fuel the crisis by illegally offering opioids for sale and circumventing the important safeguards that have been put in place for opioids to help protect the public health,” said acting FDA Commissioner Ned Sharpless in a statement.

Sharpless noted that this is the first time the FDA and DEA have partnered up to issue joint warning letters. The deadly opioid crisis, on average, kills 130 people every day across the United States and has claimed the lives of almost 400,000 people between 1999 and 2017, according to the latest U.S. data.

Consumers who purchase painkillers from illegal online sites could be risking their health because the products may be “counterfeit, contaminated, expired or otherwise unsafe,” according to the FDA. Some of the websites also offered opioids online without a prescription, which the agency said could pose a significant risk to patients.

The websites at issue offer opioids that are misbranded or new drugs that are unapproved, including the unapproved drug tramadol. In doing so, the websites violate the Federal Food, Drug, and Cosmetic Act. The illegal online pharmacies can also pose other risks to consumers, which include credit card fraud, identity theft, and computer viruses.

The companies are requested to respond within 15 working days and to inform the two agencies of what specific actions they will take to address their violations. For those companies who fail to properly correct their violations, as detailed in the warning letters, they could face legal enforcement actions, the FDA said.

This is not the first time the FDA has issued such warning letters. In May and August 2018, as well as in March this year, they sent similar warning letters to companies.

The Trump administration has been increasing efforts to quell the opioid epidemic. On Sept. 4, the U.S. Department of Health and Human Services announced $1.8 billion in funding to states to expand access to treatment and to support near-real-time data on the drug overdose crisis.

Pharmaceutical company Purdue Pharma recently filed for bankruptcy as part of an agreement to pay back billions of dollars to communities ravaged by the opioid epidemic, which thousands of lawsuits allege Purdue helped fuel.

Since Purdue introduced its opioid, OxyContin, in 1996, addiction and overdoses have surged. More than 2,600 lawsuits assert that Purdue aggressively marketed OxyContin as a drug with a low risk of addiction, despite knowing that wasn’t true. The privately held company now aims to restructure under terms of a proposal to settle the widespread litigation.