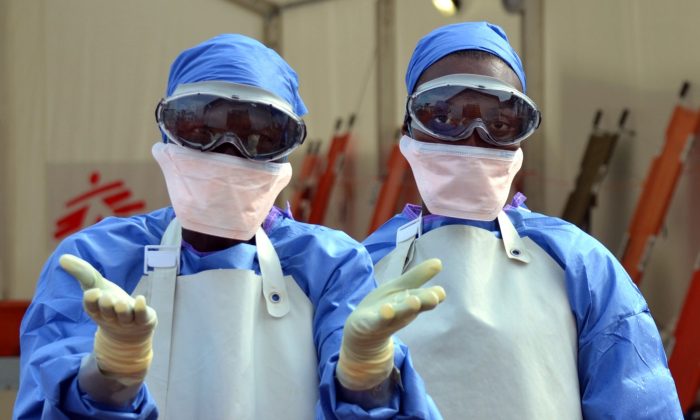 Explainer: What’s the Difference Between an Outbreak and an Epidemic?

More than 8,000 people have died from Ebola in West Africa since February 2014, and it has spread beyond the three countries initially affected. So, it’s an epidemic, right? Or is it an outbreak?

What about H1N1? The 2009 pandemic infected people around the world. But, so did the SARS epidemic in 2003. What’s the difference between an epidemic and pandemic? What about diseases like malaria and dengue? Dengue fever infects between 50 million and 100 million people each year in countries all over the world. So that’s the same thing as a pandemic? Not quite.

It’s time to brush up on the vocabulary that can help you understand just what infectious disease experts are trying to tell us.

An outbreak is the sudden occurrence of a disease in a community that has never experienced the disease before or cases of that disease occurring in numbers greater than expected in a defined area. The current Ebola scenario in West Africa started as an outbreak, which initially affected three countries.

An outbreak can take the form of an epidemic and eventually a pandemic, but that does not entitle us to use these words incorrectly.

So what exactly is an epidemic? It is an occurrence of a group of illnesses of similar nature and derived from a common source, in excess of what would be normally expected in a community or region.

A classic example of an epidemic would be Severe Acute Respiratory Syndrome (SARS). The epidemic killed about 774 people out of 8,098 that were infected. It started as an outbreak in Asia and then spread to two dozen countries and took the form of an epidemic. The same is true for Ebola, which is now being termed an epidemic.

A pandemic, on the other hand, refers to a worldwide epidemic, which could have started off as outbreak, escalated to the level of an epidemic, and eventually spread to a number of countries across continents. The 2009 flu pandemic is a good example.Between the period of April 2009 and August 2010, there were approximately 18,449 deaths in over 214 countries.

The flu virus (H1N1) probably originated in Mexico, and within two months, sustained human-to-human transmission in several countries on different continents was reported, prompting the WHO to announce the highest alert level (phase 6, pandemic) on June 12, 2009.

Some diseases can remain active in a given area for years and years. A disease is described as endemic when it is habitually present within a given geographic area. For example, dengue, which is spread by mosquitoes, is endemic in more than 100 countries.

So why isn’t dengue considered a pandemic yet? The point to consider here is that the dengue cases are not from a common source. Mosquitoes do not fly beyond a few hundred meters, so the cases in each country are from a different source. Rotavirus-induced infant diarrhea is another example of an endemic disease, which is rampant in developing countries.

We also come across words like “emerging” and “re-emerging.” An emerging disease is one that has appeared in a population for the first time or one that may have existed before but is rapidly increasing in incidence. Examples of emerging infectious diseases are SARS, HIV, and H1N1.

Despite advances made in the field of medicine, global travel has added to the complexity of controlling infectious diseases. Both the 2003 SARS epidemic and the 2009 H1N1 pandemic were spread to a large extent due to air travel.

Chikungunya is another viral disease that is emerging in the Western Hemisphere. The first known cases in the Western Hemisphere occurred around October 2013 among residents of the French side of St. Martin in the Caribbean. WHO confirmed more than 31,000 probable and confirmed cases, which were not imported but indigenous in nature, from numerous other Caribbean islands as of April 2014.

Middle East Respiratory Syndrome (MERS) emerged around April 2012 and has affected countries in the Middle East, Europe, Africa, Asia, and North America, with 945 human cases, including 348 deaths as of January 6, 2015.

Re-emerging diseases are those that have historically infected humans, but continue to appear in new locations or reappear after apparent control or elimination. Most of the re-emerging disease agents appeared long ago and have survived and persisted in the environment. A classic example is the West Nile virus (WNV). It is thought that WNV arrived in the United States via an infected traveler, bird, or mosquito that entered America through air travel from the Middle East.

Although people use terms like outbreak and epidemic interchangeably, it would only be fair to understand the definitive meaning behind each word. An outbreak can take the form of an epidemic and eventually a pandemic, but that does not entitle us to use these words incorrectly.

Arinjay Banerjee is a doctoral candidate in veterinary microbiology at the University of Saskatchewan in Canada. This article was originally published on The Conversation.