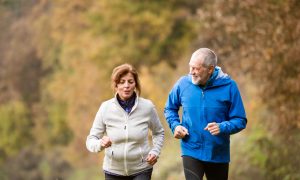 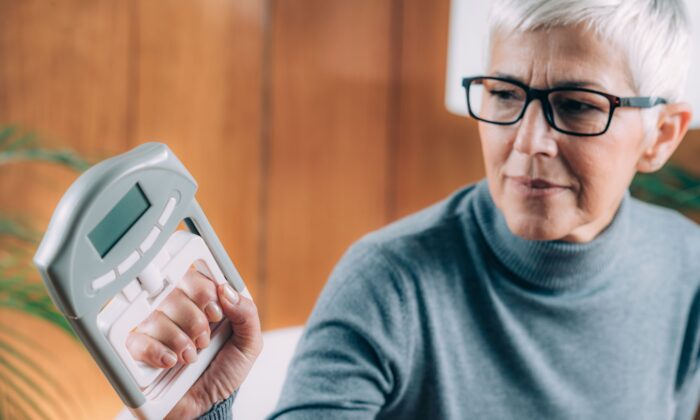 Do you worry about loss of bone and muscle as you age? Science shows that basic lifestyle interventions can reverse this trend and may even help stop it before it starts.

As the human body ages, it’s normal to experience some loss of bone density and muscle mass, contributing to the gradual “shrinking” effect that can be observed in many individuals over the age of 60. Fortunately, research suggests lifestyle factors such as exercise and diet may slow some of these undesirable effects. When bone loss is significant and accompanied by decreased muscle mass, strength, and function, a person may be diagnosed with osteosarcopenia.[i]

Osteosarcopenia is the combined diagnosis of sarcopenia, the gradual loss of skeletal muscle mass and function,[ii] and osteoporosis, a condition marked by porous, brittle bones and loss of bone density.[iii] Individuals suffering from osteosarcopenia are often frail, with an increased risk of falls, bone fractures, and early death.

Medical researchers are focusing more on treatments for the various contributors to osteosarcopenia, including an increased presence of fatty deposits in muscle and porous bone. Fat infiltration is a phenomenon that is more prevalent and severe in patients with age-related bone and muscle loss,[iv] resulting from altered crosstalk between muscle, bone, and fat cells.[v]

This combination of diminishing lean muscle and bone mixed with increased fatty deposits is being called “an emerging geriatric giant,”[vi] which poses a significant public health threat to aging populations.

Can Diet and Exercise Stop Osteosarcopenia?

Researchers in internal and geriatric medicine at the Osteoporosis Research Center at Friedrich-Alexander University in Erlangen, Germany, conducted a study[vii] exploring the effects of exercise and dietary supplementation on disease markers in osteosarcopenic men.

The FrOST study, short for Franconian Osteopenia and Sarcopenia Trial, was an 18-month randomized controlled exercise study with a balanced parallel two-group design, conducted between June 2018 and December 2019. A group of 177 men, aged 72 years and older, were initially enrolled from a group-living community. After exclusion criteria were applied, a final cohort of 43 subjects were randomly assigned to either HI-RT or control groups.

Participants were asked to maintain and not change their physical activity and exercise routines outside of the study intervention, as well as to maintain their present dietary habits.

They were also asked to restrain from intense physical activity and exercise during the 48-hour pre-assessment periods. The HI-RT group was engaged in a two-phase resistance training protocol for 18 months, while the control group participants were asked to maintain their habitual lifestyle.

Resistance exercise training was supervised and performed in a well-equipped gym, with participants completing training logs describing the number of sets, repetitions, movement velocity, and exercise intensity for each training phase. Each participant chose the specific amount of weight that they could effectively lift for the prescribed number of repetitions (reps) in order to reach a predefined intensity of effort.

During phase one of the intervention (28 weeks), participants performed two training sessions per week consisting of 1 to 2 sets of 8 to 15 reps. During phase two, the single-set approach that is characteristic of HI-RT was implemented. Phase two was broken up into two, eight-week phases wherein the fourth week was a recovery week with low exercise intensity.

The protein supplement used in the study contained approximately 80 grams (g) of protein, 5 g of carbohydrates, and 1.8 g of fat resulting in a caloric value of 362 kcal per 100 g of protein powder. A portion (300 milligrams (mg)) of calcium was further added to the protein powder.

Participants were advised to mix the protein powder with low-fat milk when possible, in order to realize a calcium intake of about 1,000 mg per day in all participants, and to split protein doses higher than 30 g per day.

Participants with low vitamin D levels were also supplemented with between 5,000 and 10,000 IE per week, depending on individual levels. Compliance with these guidelines was maintained through ongoing query during the exercise sessions.

Changes in sarcopenia criteria were assessed based on the sarcopenia Z-score measured at baseline (start of study) and at the six-month point. Sarcopenia Z-score criteria included SMI (skeletal muscle mass index), habitual gait velocity, and handgrip strength. Both the initial and follow-up assessments were conducted in the same setting and at the same time of day.

Upon final analysis, researchers observed significantly positive effects on sarcopenia Z-scores in the HI-RT group and significantly worsened scores in the control group, creating an overall significant difference in outcomes between the groups. Effect sizes for skeletal muscle mass changes were very pronounced, while effects for functional sarcopenia parameters were moderate or low.

Regarding adverse effects, one participant experienced temporary worsening of existing joint pain. Otherwise, no HI-RT adverse effects or injuries were reported. Researchers concluded that HI-RT supported by whey protein supplementation is a safe and highly effective option in the fight against osteosarcopenia in older men.

Bone disease can affect both men and women and is increasingly common among aging populations. Health conscious adults know the power of good nutrition when it comes to disease prevention, as well as the longevity-producing effects of vigorous exercise.

To learn more about osteoprotective substances and how diet and exercise can prevent bone loss, consult GreenMedInfo.com, one of the world’s most widely referenced, evidence-based natural medical resource with more than 10,000 natural health topics on how to live a longer and more vital life, naturally.