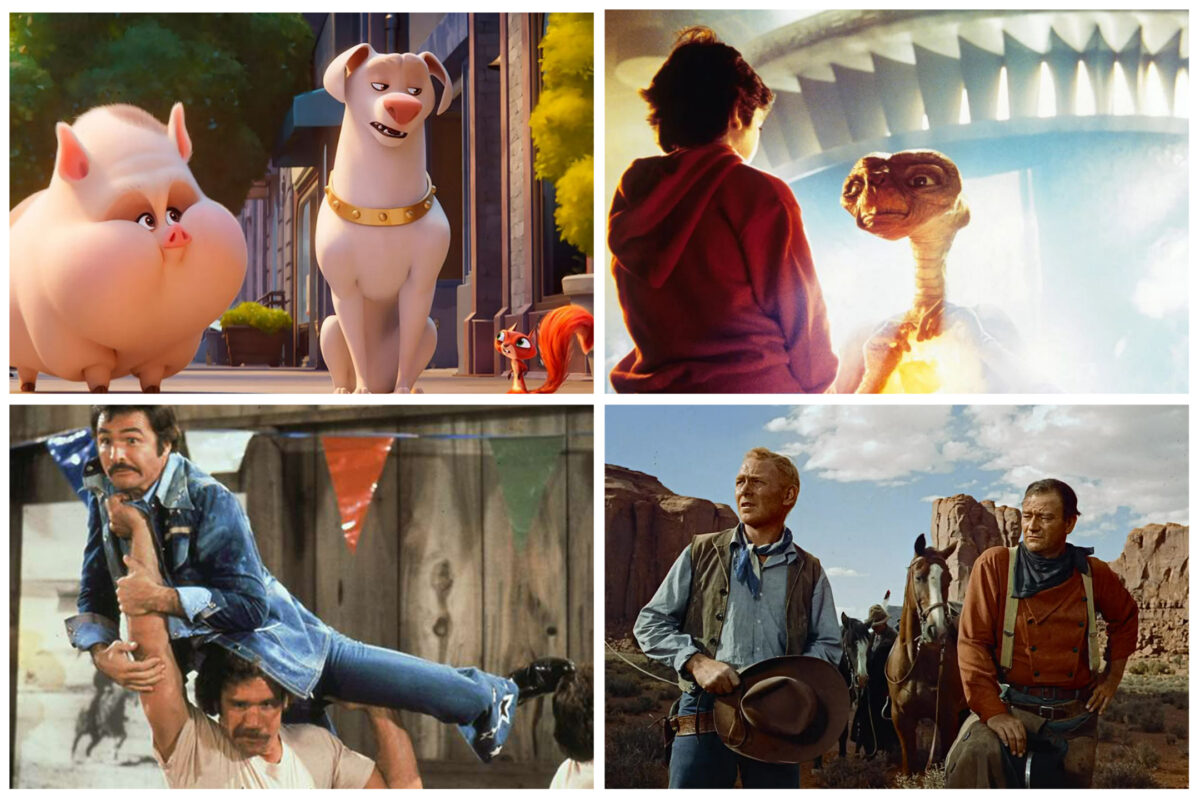 Epoch Watchlist: What to Watch for Aug. 5–11

This week, we look at an ’80s classic about a friendly alien and a hilarious, offbeat comedy about an aging stuntman and his younger rival.

When Superman and the rest of the Justice League are kidnapped, Krypto the Super-Dog and his motley crew of fellow super-pets harness their collective superpowers in order to stage a big rescue.

This movie sports some pretty good animation and is action-packed from beginning to end. However, the comedic bits are largely hit-or-miss, depending on whether you’re a fan of crude humor. But overall, the film’s heartfelt nature overshadows most of its shortcomings. In the end, it’s a fun movie but nothing groundbreaking.

After young Elliott (Henry Thomas) discovers a kind-hearted alien that was left behind on Earth, he takes it home. Although he introduces E.T. (nicknamed for extraterrestrial) to his sister and brother, Elliot otherwise keeps its existence secret. But when E.T. becomes sick, the government may have to intervene.

Director Steven Spielberg’s classic sci-fi tale of an alien stranded on Earth is blissful movie magic. Parents will love the nostalgia, and kids will love the adorable E.T. and its friendship with its earthling family.

Sonny Hooper (Burt Reynolds) has been Hollywood’s top stuntman for ages but is getting on in years. He gets the chance to prove he still has what it takes when a brash director (Robert Klein) gives him the opportunity to perform his greatest stunt ever. But at what cost?

Not only is Reynolds hilarious and at the top of his game in this raucous laugh-fest, but Jan-Michael Vincent is brilliant as the young rival, an upstart stuntman, Ski Shidski. This is the perfect summer comedy for lifting spirits.

One of the Greatest Westerns of All Time

John Wayne stars as Ethan Edwards, a Civil War veteran who spends years looking for his niece, Debbie Edwards (Natalie Wood), who was kidnapped by Comanches. His journey is fraught with peril.

This feature is considered one of the most influential films of all time. It’s a masterclass in filmmaking and has inspired many creative minds including David Lean and Martin Scorsese.