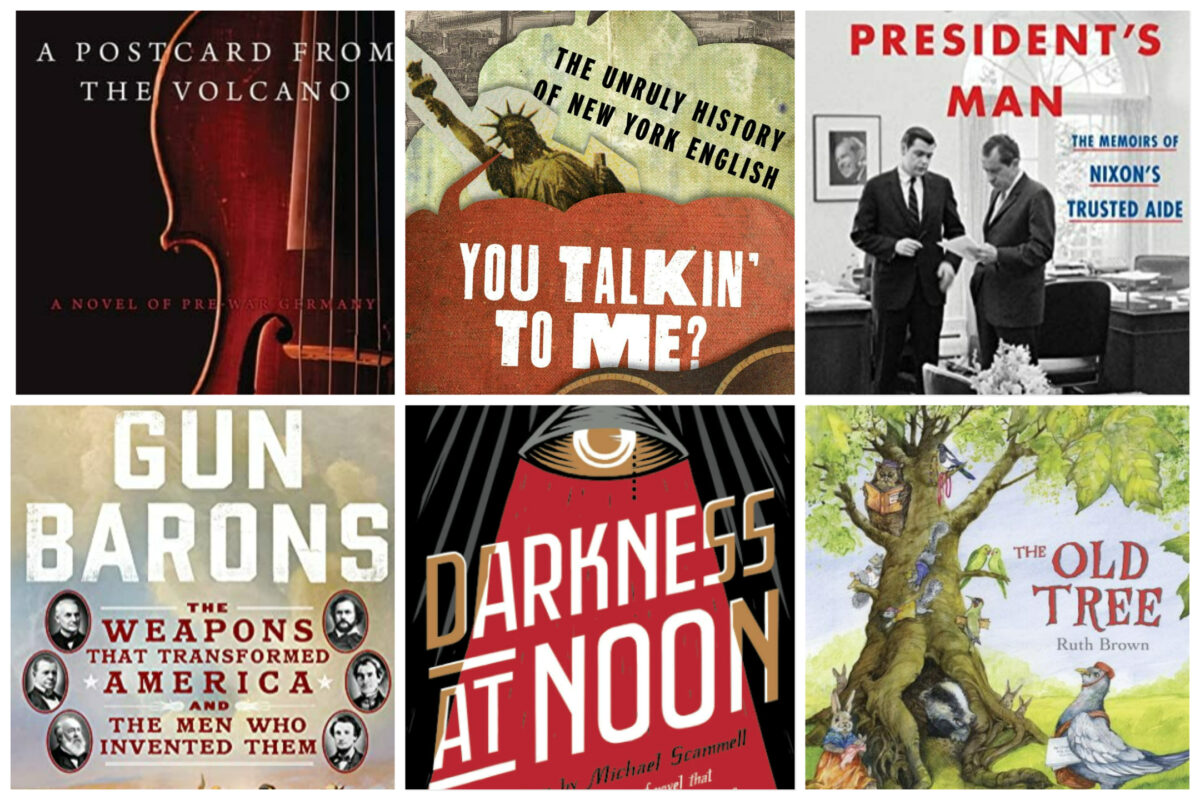 This week, we feature an insider’s look at the Nixon administration and a chilling novel illuminating the terrors of the Soviet regime.

A Study in Provincial Life

“Middlemarch” (1871–72) is considered Eliot’s masterpiece. Set in the early 19th century, the novel explores views on art, religion, science, and politics. Brilliant portraits are painted of characters dealing with stymied love, and idealistic goals and their loss.

A Novel of Deadly Ideologies

‘A Postcard From the Volcano: A Novel of Pre-War Germany’
By Lucy Beckett

Here, we follow the young Prussian aristocrat Max von Hofmannswaldau, his family, and his friends between the world wars as they encounter the ideologies that came into play during this period. We see the results of the horrors of war, concentration camps, and totalitarianism that killed tens of millions of people. Professor of literature Lucy Beckett brings all her talents to bear in this intelligent and deeply moving story of the devastating effects of these conflicts on countries and on individual lives.

A New Yawk State of Language

‘You Talkin’ to Me? The Unruly History of New York English’
By E.J. White

You know New York English when you hear it. It’s unique and serves as a cultural marker. A study of New York linguistics, told by linguistics expert E.J. White, “Talkin’ to Me” isn’t a dry, scholarly tome. It tells the story of New York English—about why and how New Yorkers talk the way they do. As lively as Brooklynese, told with Bugs Bunny’s insouciance and Archie Bunker’s confidence, it’s fascinating and it captures New York’s spirit in a captivating look at American English.

‘Gun Barons: The Weapons That Transformed America and the Men Who Invented Them’
By John Bainbridge Jr.

“They say God created all men, but Samuel Colt made them equal.” This saying originated in the American West and gives testimony to the impact that repeating firearms had in 19th-century America. Along with Colt, the brand names Smith & Wesson, Winchester, and Remington still resonate. This is an accurate, interesting history of the firearms industry; the eccentric, colorful men who brought their innovations to market; and the companies they started.

A Clear View of Nixon

‘The President’s Man: The Memoirs of Nixon’s Trusted Aide’
By Dwight Chapin

Dwight Chapin, the longtime aide to former President Richard Nixon, provides an in-depth look at Nixon and his administration, detailing some of the most historic moments, including the president’s visit to China, the Strategic Arms Limitation Talks (SALT) agreement, and, of course, Watergate. Chapin gives a straightforward, yet sympathetic view of the Nixon years.

The Nightmare of Totalitarianism

‘Darkness at Noon’
By Arthur Koestler

Set in the late 1930s, this historical novel takes place in an unnamed country, but it’s clearly Soviet Russia. Nikolai Rubashov is an aging Bolshevik imprisoned and tried for treason. As we learn about his complicated past and his sacrifices for the Communist Party, we also experience his life in prison and the show trials that were so common at that time. Disillusioned with Soviet communism, Koestler wrote his novel in part to show that to totalitarian governments, the individual has no value except to forward the party’s agenda.

‘Goops and How to Be Them’
By Gelett Burgess

First published in 1900, the Goop book remains popular with the preschool set today. Simple, silly drawings and advice on topics from cleanliness to bravery are found on every page of this children’s classic. Highly recommended.

‘The Old Tree’
By Ruth Brown

Residents of an old tree (a rabbit, badger, squirrel, crow, and others) aim to save their home from being cut down. Elaborate illustrations, including a pop-up surprise at the end, give great life to this fun and endearing tale.