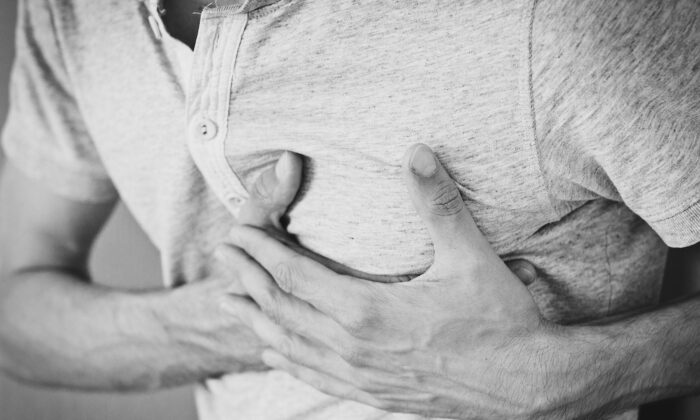 A protein discovery has reinvigorated promising new therapeutic to assist with the repair of tissue damaged by a heart attack or stroke. (Pexels/Pixabay)
News & Discoveries

A study from the University of Texas brings new hope in repairing tissue injury caused by blocked blood flow brought on by a heart attack or stroke.

Researchers at the university created a stem cell factor (SCF) designed to target the growth of blood vessels without causing adverse responses through allergic reactions, said the study published in Nature Communications on May 6.

But past clinical trials for SCF therapeutics resulted in numerous patients suffering severe allergic reactions due to the body recognizing it as a foreign material.

The University of Texas researchers found that their membrane-bound version of SCF did not cause immune reactions as the cell did not pick up on its foreign markers.

“We envision this as something you can inject where you have lack of blood flow and it could induce blood vessels to grow in that area,” said Prof. Aaron Baker, a project leader.

The researchers also observed that by packaging the proteins and the membrane into nano-sized fatty bubbles, the fatty membranes tethered to the protein did not clump together when traveling in the body, allowing greater distribution of the protein.

Heart attack and stroke are all caused by ischemia—a lack of blood supply—commonly in the form of blockages in the heart or brain vessels. The result of these events is tissue damage and death from the block of nutrients and oxygen.

However, the researchers believe that they can prevent these events from happening—when blood supply is low but not blocked, an injection of their therapeutic would boost blood vessel formation, returning blood flow to the area with added alternative pathways.

The team’s first try with the protein resulted in severe allergic responses in mice, but by tethering the SCF to a cell membrane, researchers found it no longer triggered an allergic response in the mice. They found that the added material makes it harder for mast cells—cells responsible for an allergic response—to recognize and mount an attack.

Since the cell membranes are made of a fatty layer, proteins become insoluble when traveling in the body’s tissue fluids and will clump together to form a fatty mass.

To avoid proteins from clumping when traveling in the body’s water-based fluid, they are packaged into a bubble that also includes fat. These bubble-like nanodiscs are lined with water-soluble proteins which allow travel. The inside is covered with a fatty layer which keeps the proteins inside from being in contact with outside fluids.

“This type of nanodisc is something people haven’t explored very much developing therapeutics before,” Baker said. “It makes a little island of lipid around the transmembrane SCF and holds it together with a ring of proteins.”

The method for the newly engineered protein has been patented with the researchers waiting for approval from the U.S. Food and Drug Administration to classify the therapeutic as an investigational new drug so that clinical trials can commence.