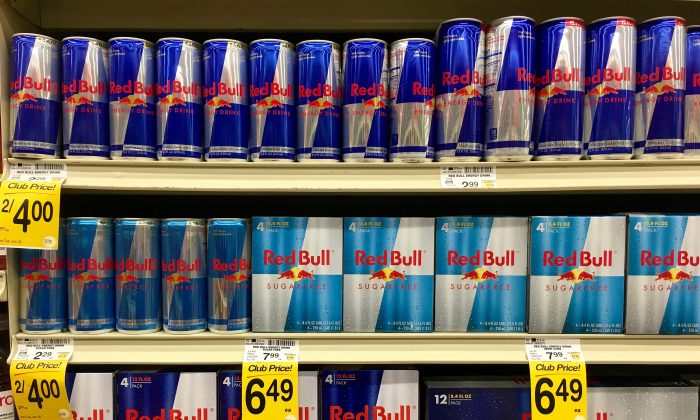 Drinking 32 ounces of energy drink is associated with potentially harmful changes in blood pressure and heart function that are beyond those seen with caffeine alone, according to a new study.

There are more than 500 energy drink products on the market, and their increased popularity is matched by a significant rise in energy drink-associated emergency department visits and deaths.

Manufacturers and fans of these products claim they are as safe as caffeine, but there is little evidence to support that claim.

Caffeine in doses up to 400 mg (about five cups of coffee) is generally recognized as safe by the Food and Drug Administration. While energy drinks usually contain caffeine, little is known about the safety of some of their other ingredients, writes the study team in the Journal of the American Heart Association.

Energy drinks are highly marketed to adolescent boys in ways that encourage risky behavior, including rapid and excessive consumption.

To see what effects these other components have, researchers compared physical changes in a group of 18 healthy men and women after consuming a commercially available energy drink and after drinking another concoction with the same amount of caffeine but none of the other ingredients.

Besides 320 mg of caffeine—the amount in about four cups of coffee—the energy drink contained four ounces of sugar, several B vitamins, and a proprietary “energy blend” of taurine and other ingredients that are often found in drinks like Monster Energy, Red Bull, and 5-Hour Energy.

Sachin A. Shah, of David Grant Medical Center on Travis Air Force Base and the University of the Pacific in Stockton, California, and his colleagues measured the participants’ blood pressure and used an electrocardiogram (often called an ECG or EKG) to measure heart electrical activity for 24 hours after the subjects consumed the drinks.

10-Year-Old Boy Hospitalized After Drinking Too Much ‘G-Fuel’

Several drugs have been withdrawn from the market just for causing ECG changes of a similar magnitude, the authors note.

These changes are by no means worrisome for healthy individuals, the researchers say, but patients with certain heart conditions might need to exercise caution when consuming energy drinks.

Larger studies are needed to evaluate the safety of the non-caffeine ingredients contained in energy drinks, they conclude.

“The energy drink industry claims that their products are safe because they have no more caffeine than a premium coffeehouse coffee,” said Dr. Jennifer L. Harris from University of Connecticut’s Rudd Center for Food Policy and Obesity in Storrs, who wasn’t involved in the study.

“However, energy drinks also contain a proprietary ‘energy blend,’ which typically consists of stimulants and other additives. Some of these ingredients (including taurine and guarana) have not been FDA-approved as safe in the food supply, and few studies have tested the effects of caffeine consumption together with these ‘novelty’ ingredients,” she said by email.

“On top of that, energy drinks are highly marketed to adolescent boys in ways that encourage risky behavior, including rapid and excessive consumption,” she said. “As a result, emergency room visits by young people in connection with energy drinks are rising.”

Any research that compares the effects of consuming energy drinks versus caffeine alone provides important evidence for public health advocates who have urged the energy drink companies to stop targeting youth with these potentially harmful products, Harris added.