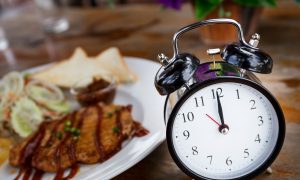 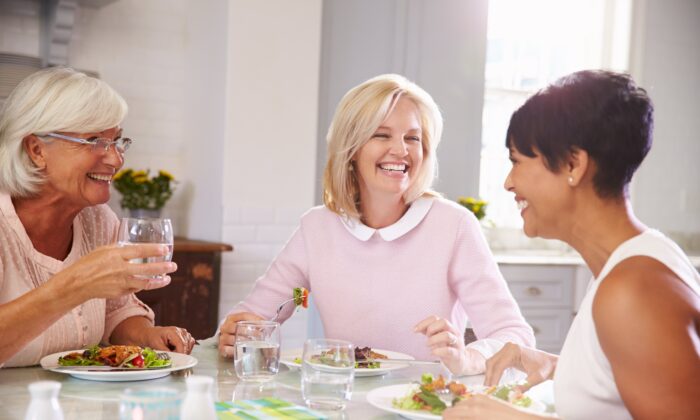 Overeating leaves your body in a constant state of digestion, without much needed downtime. (Monkey Business Images/Shutterstock)
Mind & Body

Eat Less for Your Chance at Aging Better, Living Longer

If you want to live a little longer and age a little slower, it might make sense to start eating a little less.

Numerous studies—both on animals and humans—have indicated that only a slight cut in daily calories can lead to a massive boost in the chances of healthful aging and lifespan.

Research has provided various recommendations on calorie limits, but benefits are noticed when total intake is lowered by as little as 10 percent per day. Some work has shown 300 calories per day works, which is roughly identical considering the average American takes in about 3,000.

Dropping calories—or adopting a “calorie-restricted” diet, as it’s known—may improve healthy aging and longevity by allowing your metabolism to take a rest. When you eat a lot of food, your body is using up a lot of energy and producing a lot of byproducts from the expenditure. These byproducts are known as free radicals, which are known to damage healthy cells.

The more you eat, the more free radicals you produce. One study showed that by cutting calories by 15 percent over two years, participants were able to slow the aging process and protect themselves from several diseases. The effects are believed to be a result of less free radical damage.

But it’s not all about how much you eat; what you eat plays a big role, too. The easiest way to make the modest 15 percent cut to calories is to replace high-calorie, low nutrient foods with nutrient-dense items. This means getting rid of processed and refined foods and replacing them with nutrient-dense items like whole grains, fruit, vegetables, lean proteins, nuts, legumes, and healthy fats. These changes make cutting calories quite easy because they are a lot more filling than calorically dense food.

If you want to experience the anti-aging benefits of a reduced-calorie diet, take it slow. Start by knocking off 300 calories and no more. If you try to cut 500, for example, it will be very difficult and likely unsustainable. Cutting 300 could be easy as holding the sugar in your morning coffee and switching to skim milk from cream.