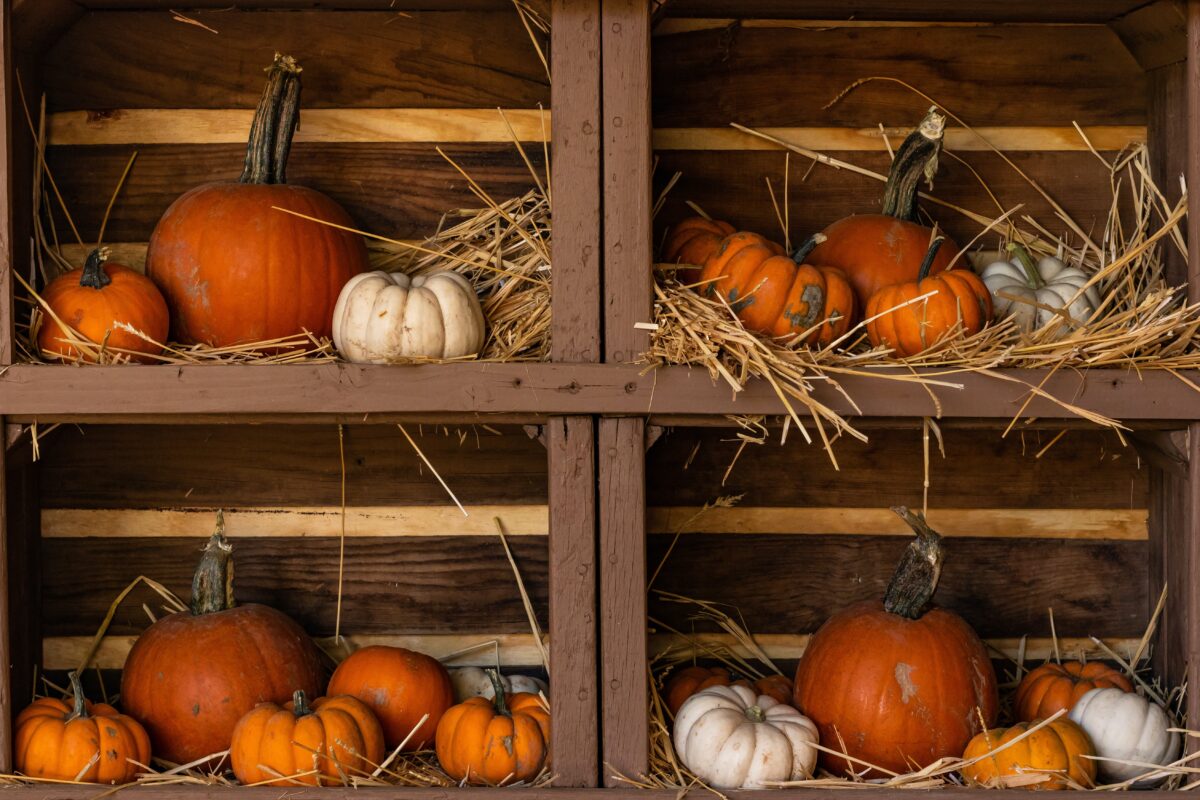 Pumpkins can be stored in a cool place like a basement or garage. (Mary Prentice/Shutterstock)
Food

Q: We started seeing pumpkins for sale at the end of August. That is two months too early as far as I am concerned. I want to buy a couple so I can use them for pies and pumpkin bread at Thanksgiving. How long can these early pumpkins be stored? Is there a good way to process them?

A: You are seeing pumpkins and chrysanthemums being sold earlier in the fall than in the past because most people only buy one each year. Stores that have them for sale early get the sale while stores that sell them at the proper time don’t. Halloween candy on the other hand is sold early because most people will start eating it and need to buy more later in the fall.

I have harvested and stored pumpkins from October to March using pumpkins not exposed to freezes. If they are kept in a cool location, they can last a long time. This is how old root cellars worked to keep people fed during the winter. Root vegetables like carrots, potatoes and turnips last longer than fruits like apples, pumpkins or squash. Cool storage is the way to go, but even at room temperature, they will last a few weeks. Being exposed to a frost or a freeze will cut the storage time a lot. Pumpkins for sale outdoors may need to be processed much sooner than ones sold indoors.

Place the pumpkins on an absorbent surface like newspapers on top of plastic, so if they do begin to rot, the liquid is absorbed and doesn’t spread.

You will notice a discolored spot or softening of the pumpkin before it gets really bad. Even if it does start to get a soft spot, the rest of the pumpkin may be still good if you cut it out and use the rest quickly.

Another way to store the pumpkin is to process it. One pound of raw pumpkin will yield about one cup of processed pumpkin. Cut it into slices or smaller cubes. Peel the slices and dispose of the “guts.” Some people peel the pumpkin after cooking, which I think works well with the baking method. Keep any seeds if you want to roast or plant them. Bake or boil the pumpkin slices or cubes until they are soft. Boil for 20 minutes or until soft. Bake half a pumpkin on a cookie sheet cut side down at 350 degrees F for an hour or until tender. You can microwave slices until tender. Raw slices can be stored in the refrigerator for a few days until you are ready to process them.

Once the slices are soft, mash or blend the pumpkin and let it cool. Mashed pumpkin is stringier, which gives texture to pumpkin bread. Drain off as much water as possible. Measure the processed pumpkin into one-cup portions and place into freezer bags. It can be frozen for a long time. I have used year-old frozen pumpkin and it was good. The pumpkin mash is very nutrient-rich and tastes good. It can be used in any pie, cake, bread or soup recipe that calls for canned pumpkin. It can also substitute for squash in recipes. If it appears to be slightly runny, just use a little less of whatever liquid is called for in the recipe.

If you want to grow your own pumpkins for pies, there are several varieties you can try. The Dickinson is a tan colored and oval shaped pumpkin that weighs between 20 and 40 pounds. The skin may be brown, but the flesh inside is bright orange. It is what Libby’s uses in their canned pumpkin. The Connecticut Field pumpkin is an heirloom that dates back to colonial New England. It is orange, oval and weighs about 20 pounds.

The Galeux D’Eysines is a French hybrid that has a flat wheel shape and is sometimes listed as a squash. It is a pinkish-orange color with a variety of brown warts covering the skin. It weighs 10 to 15 pounds and is excellent for baking and for soup.